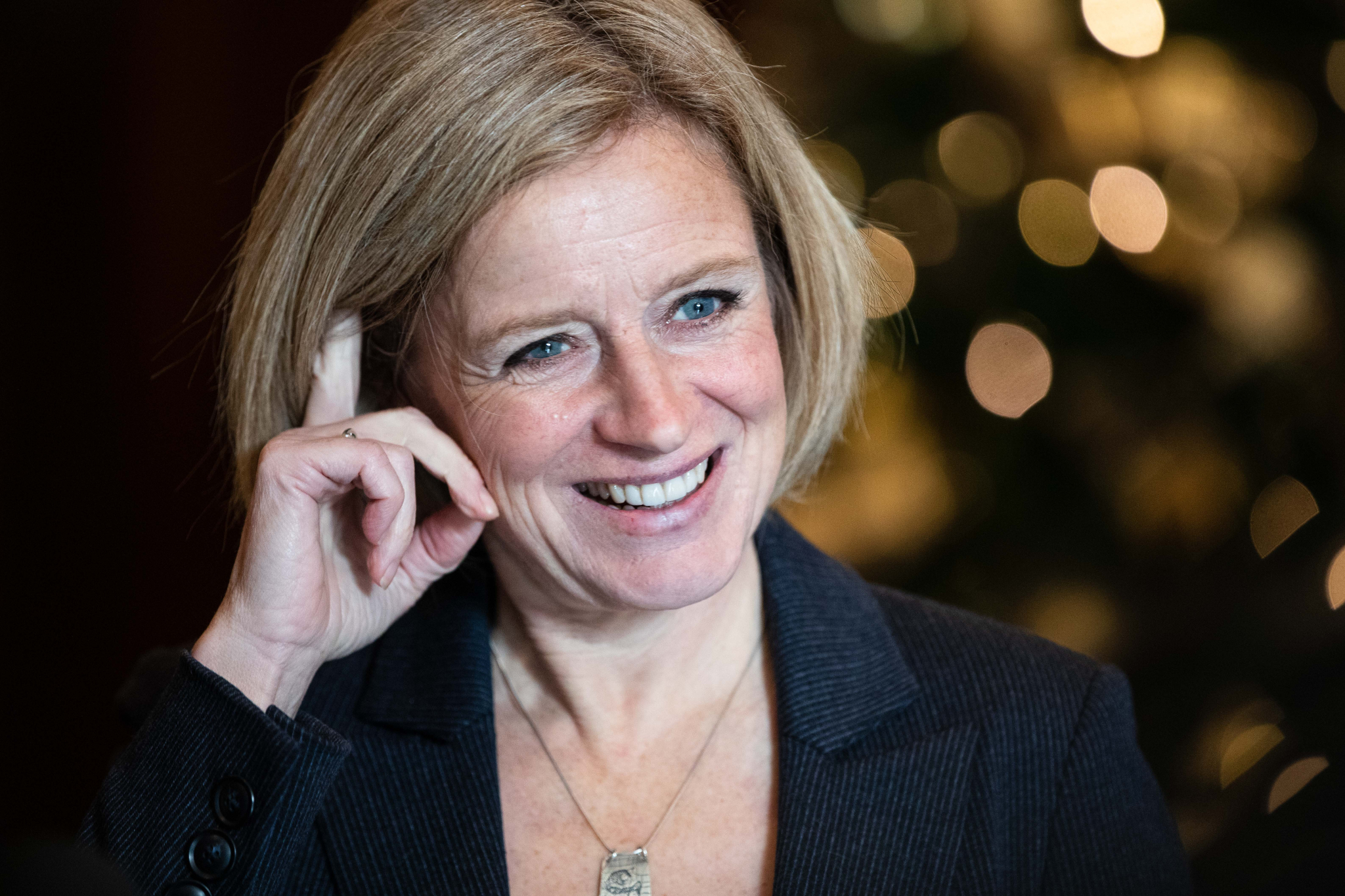 Alberta Premier Rachel Notley spoke to members of the Canadian Club of Ottawa on Nov. 28, 2018. Photo by Alex Tétreault
Previous story
Next story

In a lunchtime speech to the Edmonton Chamber of Commerce Thursday, the NDP premier warned that if UCP leader Jason Kenney wins the impending election, public services would be slashed like they were under the Ralph Klein regime of the 1990s.

"When people get less - at their hospitals and care homes, in their classrooms - it's a cut, plain and simple," Notley said.

"People get hurt, workers get fired and families get left in the lurch."

While Notley attacked in Edmonton, a federal Liberal MP called in Ottawa for an investigation by the Commons board of internal economy into allegations that Kenney misused housing subsidies when he was a member of Parliament.

“The allegation that Mr. Kenney declared his primary residence to be the basement of his mother’s home at the assisted living facility in Calgary, Alberta, and that Mr. Kenney was very rarely travelling to Calgary from his home in Ottawa raises grave concerns about whether Mr. Kenney’s arrangement breached the rules,” Liberal MP Jennifer O’Connell said in a letter to the Commons speaker.

She said the board should investigate and make recommendations or seek penalties or reimbursements if he broke the rules.

Kenney responded in a tweet: "Not at all surprised that the Trudeau Liberals are looking to help out their Alberta NDP allies. We all know the Liberals would rather have an Alberta Govt that continues to act as doormat for Justin Trudeau, as opposed to a UCP Govt that will actually stand up for Albertans."

"Big tax breaks for those who don't need the help, and pain for everyone else," says Rachel Notley on Jason Kenney #ABpoli

Not at all surprised that the Trudeau Liberals are looking to help out their Alberta NDP allies. We all know the Liberals would rather have an Alberta Govt that continues to act as doormat for Justin Trudeau, as opposed to a UCP Govt that will actually stand up for Albertans. https://t.co/2U06iMPWoP

Notley received warm applause and a standing ovation for he speech from most members of her audience.

"The NDP's harmful policies - including numerous tax hikes and increased red tape - have held back the economy for years," Wolf said.

Duane Bratt, a political scientist at Mount Royal University in Calgary, said Notley's decision to attack Kenney rather than defend her government's record over the last four years suggests the NDP's internal numbers mirror public polls that show the UCP has a commanding lead.

"It's striking that she spent so much of her time talking about the potential impact of cuts by a Kenney government," Bratt said.

A ThinkHQ Public Affairs poll in late November showed the UCP leading with 50 per cent support among decided voters while the NDP had 35 per cent. The Alberta Party and provincial Liberals had nine and five per cent, respectively. The poll found 21 per cent of respondents were undecided.

The provincial legislature is sitting on March 18 and by law an election must be held between April 1 and May 31.

While each party faces a $2 million cap on spending during the 28-day campaign, there's no limit in the leadup to the writ period. The UCP has been already been spending heavily on TV spots.

The UCP is also far ahead in nominations with candidates chosen in 70 of Alberta's 87 ridings. By contrast, the NDP has only chosen 37 candidates so far.

In her speech, Notley promised to balance the province's budget in four years while maintaining key services and not introducing a sales tax, payroll levies or health care premiums.

Bratt said the pledge not to introduce a sales tax is a given for any Alberta politician seriously hoping to win office.

"It's like promising not to abolish Saturdays," he said.

In what promises to be a bitter campaign that may focus on personality as much as policy, Bratt said neither party has a clear plan to return the province to fiscal balance other than hoping for a permanent bump in the price of oil that would bolster provincial coffers.

Notley said the UCP would introduce steep tax cuts for the top one per cent that would cost the province $700-million a year.

"Big tax breaks for those who don't need the help, and pain for everyone else," she said.

"A plan that will do tremendous damage to our recovery."

Wolf said the UCP will unveil its platform before the vote.

"If the premier wants to campaign, she should announce that she's dropping the writ on the earliest possible date...as opposed to travelling the province making promises on the taxpayer's dime."

I continue to find it hard to

I continue to find it hard to understand the basis for recent Conservative politics in Alberta. I mean, the Conservatives are basing their pitch on the idea that they're relentlessly pro-pipeline and therefore Notley's government must be defeated because she's knuckling under to the federal Liberals who are . . . relentlessly pro-pipeline. Does the media never point out that all these people are on the SAME SIDE? Isn't anyone even mentioning that it's absurd to be claiming to differentiate yourself on the basis of something where you have the EXACT SAME POLICY as the other people?