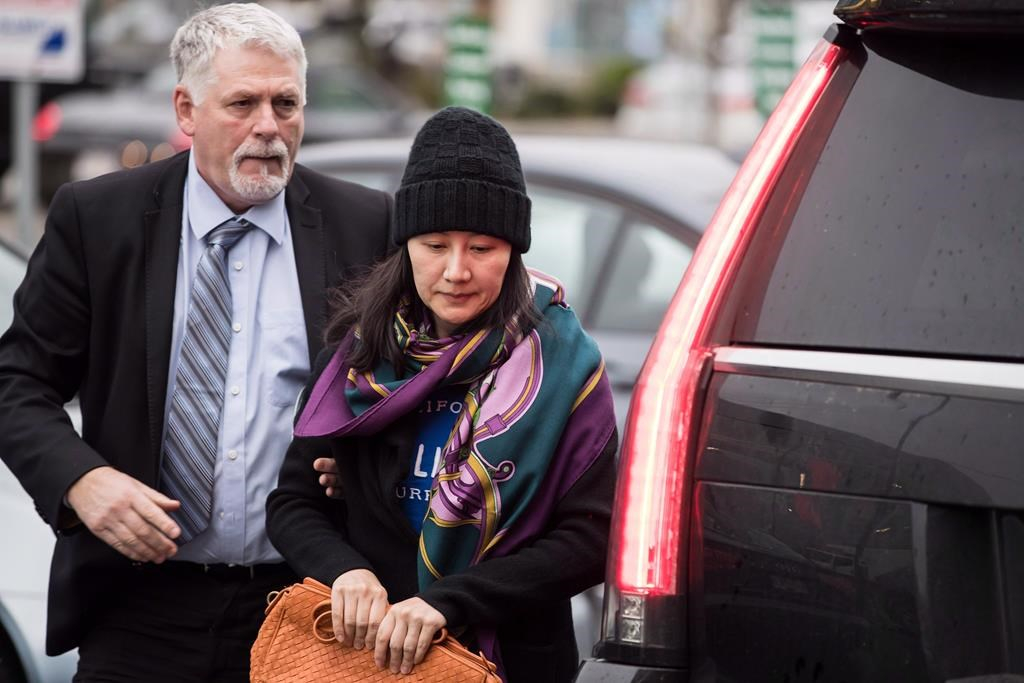 The case of a senior executive of Chinese tech juggernaut Huawei Technologies is scheduled to return to court in Vancouver today.

The U.S. Department of Justice laid out its case Monday against Meng Wanzhou and Huawei, unsealing 13 criminal counts of conspiracy, fraud and obstruction.

The indictment, based on 23 grand jury allegations, accuses Huawei and Meng of misrepresenting their ownership of a Hong Kong-based subsidiary between 2007 and 2017 in an effort to circumvent U.S. sanctions against Iran.

Meng, who is the company's chief financial officer and daughter of its founder, is charged with bank fraud, wire fraud and two counts of conspiracy to commit both.

She is free on bail in Vancouver after her arrest Dec. 1 at the behest of U.S. authorities, who Canadian officials say have already filed a formal request for Meng's extradition.

Meng's arrest has touched off a political furor marked by days of angry anti-Canada rhetoric from China's foreign ministry, culminating Sunday in the firing of John McCallum as Canada's ambassador to China.