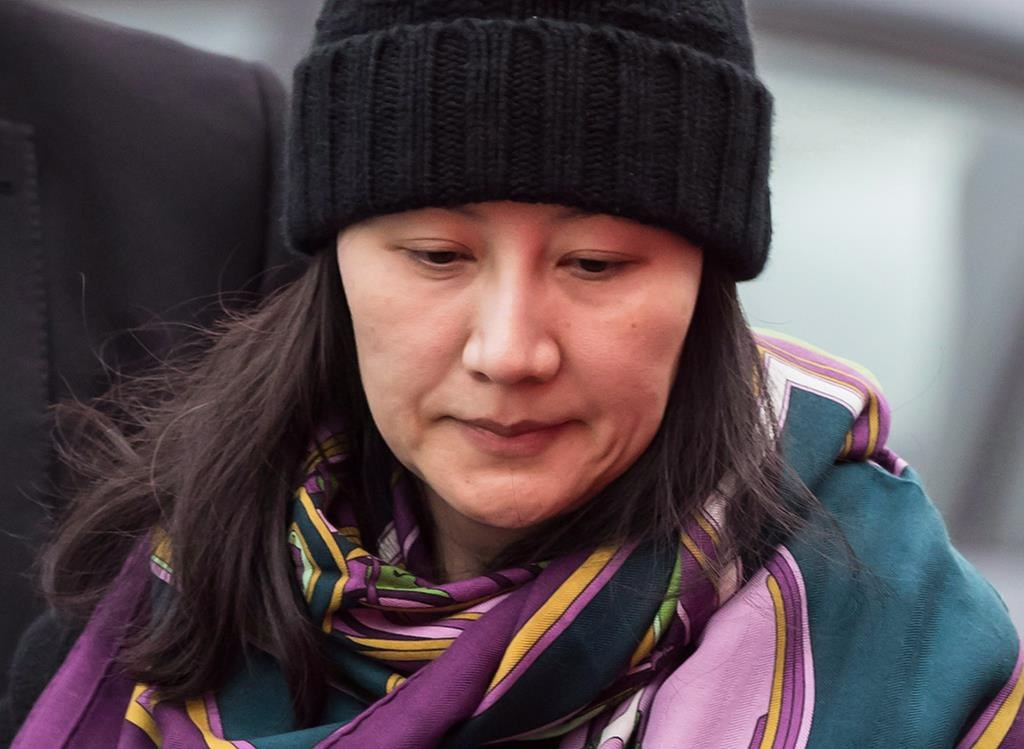 Huawei chief financial officer Meng Wanzhou is escorted by her private security detail while arriving at a parole office, in Vancouver, on Wednesday, December 12, 2018. File photo by The Canadian Press/Darryl Dyck
Previous story
Next story

The U.S. Department of Justice will formally ask Canada to extradite the chief financial officer of Chinese tech titan Huawei, ensuring a protracted global dispute that one former American diplomat says will have lasting and dangerous repercussions for all three countries.

"We will continue to pursue the extradition of defendant Ms. Meng Wanzhou, and will meet all deadlines set by the U.S.-Canada Extradition Treaty," spokesman Marc Raimondi said Tuesday. "We greatly appreciate Canada's continuing support in our mutual efforts to enforce the rule of law."

Once the paperwork is filed, Canada has 30 days to make a decision on delivering Huawei's chief financial officer — unless appeals or challenges delay things. She is facing U.S. allegations that her company has violated that country's sanctions against Iran and specifically that she committed fraud by lying to American banks about it.

Regardless of what happens next, the damage has already been done, said Brett Bruen, who served as director of global engagement in Barack Obama's White House.

While handing Meng over would take some direct heat off Canada, the Trump administration's foreign policy of "bullying and being braggadocious" will only continue to erode relations over the long haul, said Bruen, now president of Global Situation Room, a Washington-based security consultancy.

"The Trump administration has practised — not only with the indictment of this Huawei executive, but also with a number of intelligence officials and other foreign actors — this policy of aggressively pursuing the enemies of the United States," Bruen said.

The repercussions, which so far appear to include the detention in China of two Canadians and a death sentence in the case of a third convicted of drug smuggling, will only continue, he added.

"There is a boomerang effect — there are American officials, American business executives and, clearly, Canadians who become the collateral damage, the consequences from this policy."

China again urged the U.S. on Tuesday to abandon the extradition of Meng, who remains under partial house arrest in Vancouver after she was detained Dec. 1 at the behest of American authorities. They allege Meng orchestrated the use of Skycom, a Huawei subsidiary, to evade sanctions against Iran between 2009 and 2014, according to court documents filed at her bail hearing.

Canada, meanwhile, is between a rock and a hard place, said Bruen: granting the request won't win it any friends in China, while turning it down — not an option if it is in accord with the terms of the extradition treaty between the two countries — would surely infuriate the U.S.

"I think the Trump administration expects that Ottawa will bend to their will, they expect that Beijing is going to bend to their will on the trade front," he said. "This is really their expectation, rather than a favour."

Chinese Foreign Ministry spokeswoman Hua Chunying did not mince words as she excoriated both Canada and the United States for what she called an arbitrary and unjust abuse of the extradition agreement between Canada and the U.S. that "infringes upon the security and legitimate rights and interests of Chinese citizens."

"Anyone with normal judgment can see that the Canadian side has made a serious mistake on this issue from the very beginning," Hua said as she called on both countries to stand down.

"We all need to shoulder responsibility for what we do. The same is true for a country. Be it Canada or the U.S., they need to grasp the seriousness of the case and take measures to correct their mistakes."

Foreign Affairs Minister Chrystia Freeland, who is in Davos, Switzerland, for the World Economic Forum, described the case as a "criminal-justice matter exclusively" and denied any suggestion that Meng's freedom could be used as a political bargaining chip.

"We would object very strongly to the notion that it is being politicized or used as political leverage in any way," Freeland said in an interview with Bloomberg.

"I want to remind people that she’s out on bail right now, she owns some beautiful homes in Vancouver, and is there. She has had and will continue to have full access to the Canadian judicial system, which is impartial and objective."

On Monday, some 140 international China experts — including five former Canadian ambassadors — wrote President Xi Jinping calling on him to free the two detained Canadians. The letter praises former diplomat Michael Kovrig and entrepreneur Michael Spavor as bridge-builders between China and the world, and said their detentions will make its authors "more cautious" about travelling to China.

China detained the pair Dec. 10 in an apparent attempt to pressure Canada to release Meng, the daughter of Huawei's founder, Ren Zhengfei. Huawei has close ties to China's military and is considered one of the country's most successful international enterprises, operating in the high-tech sphere where China hopes to establish dominance.

David MacNaughton, Canada's ambassador to the U.S., was not granting interviews Tuesday. But in a report in the Globe and Mail, MacNaughton said he has informed the Trump administration that Canada feels caught in the crossfire, and fears that President Donald Trump is using Meng as leverage in his country's trade dispute with China.

"We don't like that it is our citizens who are being punished," MacNaughton said.

The detentions and deteriorating relations have spilled over into talks on Huawei's push to build Canada's next-generation wireless networks.

China's ambassador to Canada warned last week of repercussions if the federal government bars Huawei from supplying equipment for faster, more resilient communications systems than cellphone users have now — known as 5G. The U.S. has been lobbying aggressively in recent months against Huawei, urging Australia, Canada, Germany and Japan, among others, to close their networks to the company.