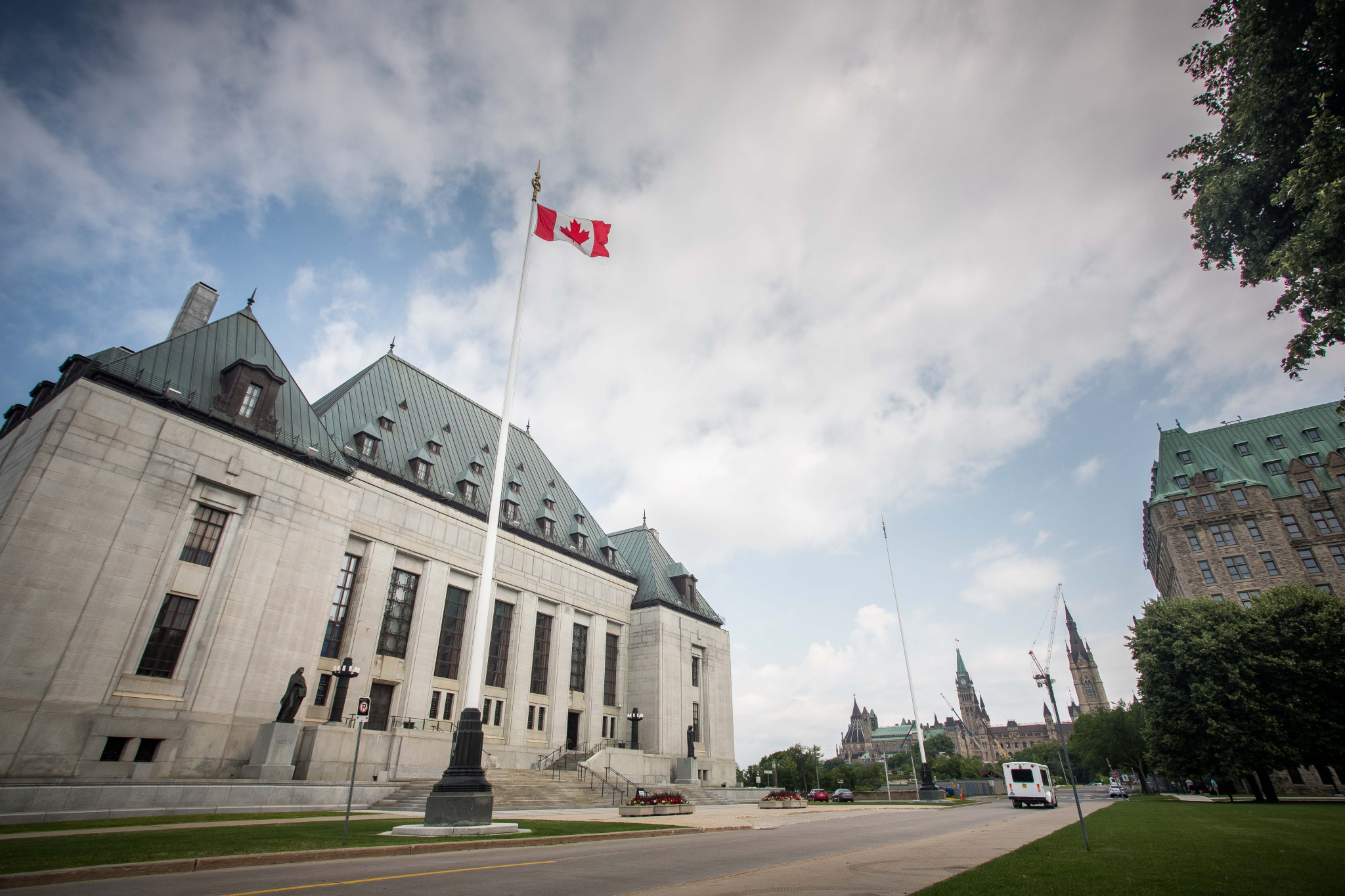 The Supreme Court of Canada has reversed a ruling that prevented the Alberta Energy Regulator from seizing assets of a bankrupt energy company to pay the cost of cleaning up contamination from its abandoned wells.

In a 5-2 decision, the ruling makes it clear that companies cannot use federal Bankruptcy and Insolvency Act (BIA) to avoid regulations requiring them to pay for abandoned well cleanup.

"Bankruptcy is not a licence to ignore rules, and insolvency professionals are bound by and must comply with valid provincial laws during bankruptcy," said the majority decision, signed by Chief Justice Richard Wagner. "They must, for example, comply with non-monetary obligations that are binding on the bankrupt estate, that cannot be reduced to provable claims, and the effects of which do not conflict with the BIA, not withstanding the consequences this may have for the bankrupt's secure creditors."

The case relates to a small oilpatch company, Redwater Energy Company, that had licences to operate dozens of wells, most of which were no longer producing and needed to be cleaned up.

The company's main lender, ATB Financial and its trustee, Grant Thornton Limited, argued that federal bankruptcy legislation would allow it to sell the assets to pay debts. The regulator argued that it should be allowed to seize the assets to cover the cost of cleaning up the abandoned wells. ATB Financial, which offers financial services, is also a provincially-owned Crown corporation in Alberta.

The case has sweeping implications across the country, related to growing liabilities in the oilpatch as more companies face bankruptcies due to unfavourable market conditions. In recent months, a range of stakeholders, including politicians, economists and environmentalists have questioned whether taxpayers would be on the hook for billions of dollars of financial liabilities left behind by struggling oil and gas companies in British Columbia, Alberta and Saskatchewan.

Orphan Well Association v. Grant Thornton Ltd. - After going bankrupt, an oil and gas company has to fulfill provincial environmental obligations before paying anyone it owes money to, the SCC has ruled: https://t.co/XVkeyD1NVo #cdnlaw #constitutionallaw pic.twitter.com/6AXNrHcUhC

ATB says it will continue to support energy companies

The court ruling could now make some banks think twice before lending money to oil and gas companies.

But a few hours after the Supreme Court decision was released, ATB Financial's president and chief executive, Curtis Stange, suggested the bank wasn't about to walk away from the industry.

"We are going to take some time to understand the implications of the decision, but ATB will continue to support the energy industry as it has in the past," Stange said in a telephone interview.

He declined to provide details about how the decision might affect the bank's financial health.

At the end of its last fiscal year, the government-owned bank had loans of over $21 billion — nearly half its total lending portfolio — with Alberta businesses. Some $476 million or 2.2 per cent of that amount was impaired. During the prior 12 months, the bank wrote off $113 million of all its loans and it made provisions for further losses of another $132 million.

The regulator and the provincial NDP government, led by Alberta Premier Rachel Notley, have also mused about toughening their regulatory laws to require more security deposits collected from companies to cover the cost of future liabilities.

In its internal analysis, the Alberta Energy Regulator has estimated that these liabilities could be as high as $260 billion for all existing oil and gas facilities, operations and pipelines, including oilsands sites and tailings ponds. A senior official at the regulator has also warned that these estimates are "likely less than the actual cost."

The regulator's position in the court case was backed by numerous intervenors, including the governments of Ontario, British Columbia and Saskatchewan, as well as environmental groups.

Even the oilpatch industry's biggest lobby group, the Canadian Association of Petroleum Producers backed the regulator's case arguing that ATB Financial and Grant Thornton Limited were asking the court to artificially inflate the value of a debtor's assets to benefit creditors, to the detriment of other producers.

"This artificial splitting of assets and liabilities gives rise to a legal fiction disguised as federal paramountcy and provides a windfall to creditors at the expense of the solvent oil and gas industry, landowners and the public," CAPP had argued in its submission to the court. "This cannot have been Parliament’s intention in enacting the BIA."

Wagner also wrote in the ruling that the federal Parliament "may very well wish to re-examine" a section of the federal bankruptcy legislation that have caused "confusion" about whether there's a conflict between Alberta's regulations and federal law.

Justices Suzanne Côté and Michael Moldaver were the dissenting justices in the ruling.

Justice Sheilah Martin did not participate in Supreme Court deliberations on the case. Previously she had sat on the bench during a lower court ruling that sided with ATB Financial and Grant Thornton Limited. In that case, she had wrote the dissenting opinion, siding with the regulator and taking the same position that was ultimately accepted by the Supreme Court.

Editor's note: This article was updated at 10:06 a.m. ET on Jan 31, 2019 with additional quotes from the ruling and background information. It was updated again at 5:50 p.m. ET to add comments from ATB Financial, based on an interview by journalist Matthew McClure.

If the gung ho capitalist

If the gung ho capitalist free market enthusiasts would acknowledge the simple fact that "free markets" are an illusion, or a con game, designed to part investors from their money we would have a much clearer picture of markets as glorified gambling.

Throughout recorded history the human invention of markets has never been free from political, religious, or criminal interference. Caveat emptor is based on reality and its warning has always been relevant. We have probably not yet seen the apotheosis of market chicanery. The entire digital/ WWW reach of legal and illegal markets ensures that. Nothing can be done to change the fundamental human impulse to lie, cheat, steal for advantage. It can only be punished after the fact - after the damage has been done.

The worst of it is now we finally see that the damage done by the "free market" system, as well as the "unfree markets" is of planetary magnitude and is likely to end the reign of humanity. Man the despoiler, has accomplished the final solution.

And I am inclined to take the

And I am inclined to take the 'man' in your phrase, 'man the despoiler' literally. I have always had a quarrel with 'human nature' advocates, since I see nothing of the greedy, immoral, money grasping predator in my nature...or the nature of many of my friends.

Which is not to say that a lot of women don't endorse the rape and pillage mentality...I listened to Deborah Yedlin expound on the telly last night, but we women still play a minor supporting role in the capitalist free market fiction. Which is one reason Rachel Notley is such a breath of fresh air.

Nor do all men fall into this despoiler category. We have friends who fought hard to reverse the Redwater decision and their hard work should be applauded.

But it will take more than an NDP government to end our reliance on the 'patch'...and the 44 years of cozy, almost incestuous relations that exist between the Alberta government, its different agencies, and a market that leaves its mess behind for others to deal with (Important men don't do toilets...or other kinds of clean up either).

Free markets are indeed a fiction....and Alberta is the place to come and learn that expensive lesson.

Mary Nokleby wrote: "Which is

Mary Nokleby wrote: "Which is one reason Rachel Notley is such a breath of fresh air."
??? Based on what evidence?
Notley's neoliberal climate and energy policies, if followed globally, will take us over the climate cliff. A vote for Notley is a vote for the oil industry's agenda. Diehard NDP voters are simply enabling the enablers.

No one has done more to fuel pipeline hysteria than Notley. The same hysteria that's going to sweep the NDP away in 2019.
No one forced Notley to prop up the oil industry, throw billions of dollars in subsidies out the window, and sabotage Canada's climate efforts. That's on her.
The AB NDP was a force for good in opposition. Now we have zero oil industry critics in the AB Legislature. And there won't be any after 2019. Banished to opposition benches, a much-dimished NDP will be able to say nothing about oilsands expansion, oil & gas pollution, and climate inaction — because they kowtowed to Big Oil in office.
Notley's NDP have repudiated traditional NDP territory and values. You can support one or the other -- not both.

AB's drive for fossil fuel growth is IRREVOCABLE. There is no redemption. No going back. No path from oilsands expansion to lower emissions and Canada's climate targets. No tweaks of NDP policy can get us to where we need to go.

What use are GSAs, childcare, and farm labor laws on a dead planet? Decisions to delay climate action — and even increase emissions — COST LIVES. How can Notley brand herself "progressive" when she knows that climate change disproportionately affects women and children? The global poor are the most vulnerable.
If you're not progressive on climate, don't call yourself progressive.

Notley and Trudeau are betting on climate action failure. WHY are you joining them?
Progressives and NDP supporters need to get off the fence. Vote for the sustainable future you believe in. Hold your leaders accountable -- no matter what party hat they wear.

Common sense prevails again in Canada. Hopefully these principles enunciated by the SCC will be adopted in California with respect to the liabilities of PG&E, the state's energy supplier. We need these funds to clean up after the greed and negligence of energy corporations. Trump is so out of it when it comes to climate change liabilities. Or if he's not out of it, then he is so into it that he is in a conflict of interest. After all, POTUS is supposed to represent all American citizens, not just energy corporations.

Let's hope that the more

Let's hope that the more thoughtful bankers will stop funding companies involved in fracking. The liabilities of these companies far outweigh their assets, and not just related to "orphan wells." Law suits are now beginning in the U.S. regarding the health and environmental impacts of fracking. This will only continue, and expand. Damage from earthquakes, air and water contamination is everywhere fracking has gone. The truth will out, and the damage will have to be paid for.