US ambassador: Arrests of Canadians in China unacceptable 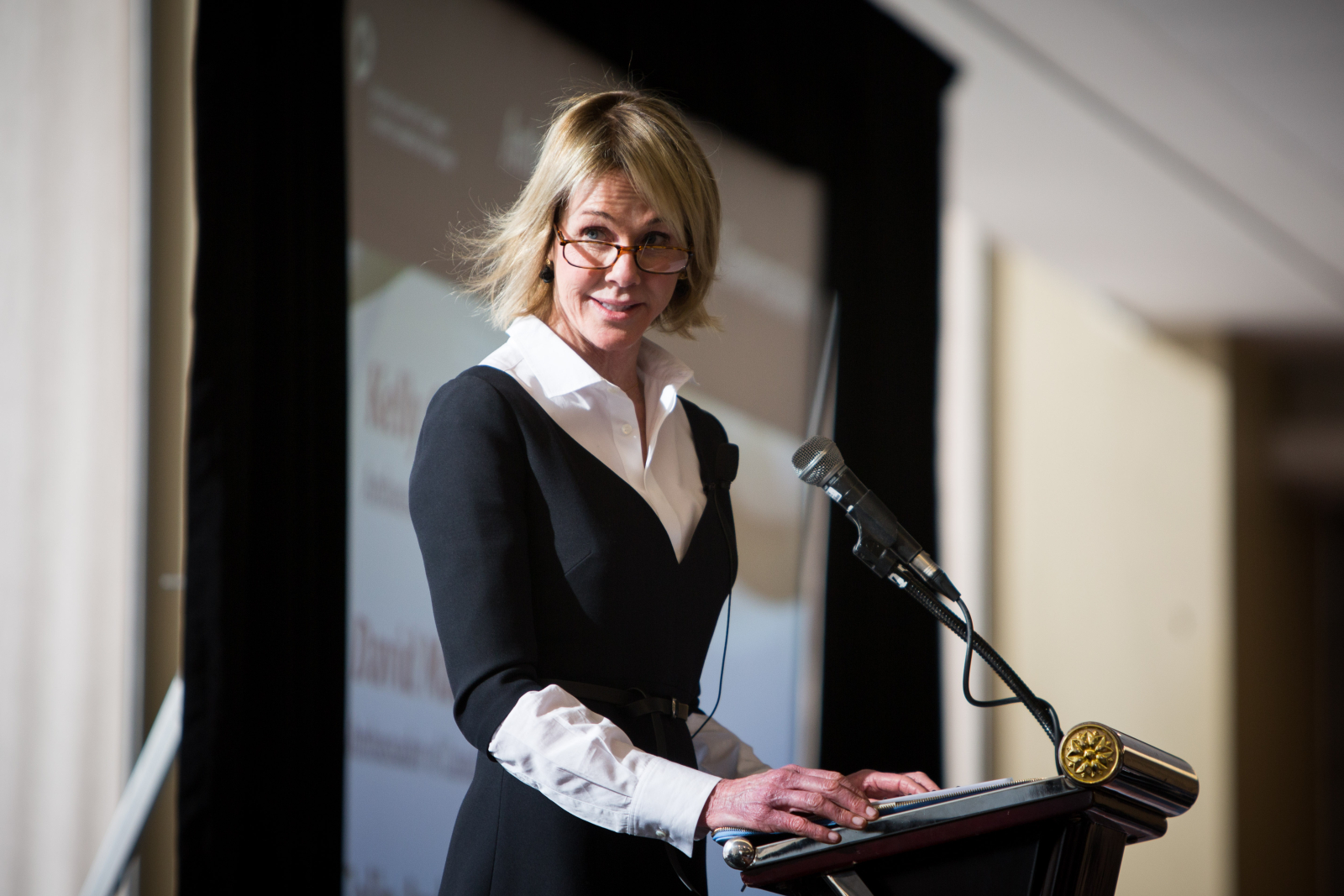 Kelly Craft, ambassador of the U.S. to Canada, speaks to the crowd at an Energy Council of Canada conference in Ottawa on Feb. 5, 2018. File photo by Alex Tétreault
Previous story
Next story

The U.S. ambassador to Canada said Saturday her country is "deeply concerned" about China's "unlawful" detention of two Canadians.

Ambassador Kelly Craft said in a statement to The Associated Press the arrests of ex-diplomat Michael Kovrig and entrepreneur Michael Spavor are "unacceptable" and urged China to end the arbitrary detentions. It is her first public comments on the cases.

China detained the two Canadians on Dec. 10 in an apparent attempt to pressure Canada to release Chinese executive Meng Wanzhou, who was arrested Dec. 1 at the request of U.S. authorities.

Meng is the chief financial officer of the Chinese tech giant Huawei and the daughter of its founder.

The U.S. wants her extradited to face charges that she committed fraud by misleading banks about Huawei's business dealings in Iran.

Craft said the U.S. Department of Justice's criminal case against Meng is based solely on the evidence and the law.

"The United States appreciates Canada's steadfast commitment to the rule of law," she said.

Craft made no mention of China's planned execution of a third Canadian. China re-sentenced a convicted Canadian drug smuggler to death after the Meng arrest as part of an apparent campaign of intimidation and retribution against Canada.

Some analysts have said the U.S. response to China's arrests of the two Canadians has been muted. President Donald Trump himself has not commented on the Canadians. But U.S. Secretary of State Mike Pompeo has, saying China ought to release them. White House spokeswoman Sarah Sanders and the State Department have also issued statements of support.

"We urge China to end all forms of arbitrary and unlawful detentions and to respect the protections and freedoms of all individuals in accordance with China's international commitments," Craft said.

Robert Bothwell, a professor at the University of Toronto, called Craft's statement "tepid."

Beijing threatened grave consequences for America's neighbour and ally after Meng was arrested at Vancouver's airport.

Canada has embarked on a campaign with allies to win the release of Kovrig and Spavor and many countries have issued statements in support.

The two were detained on vague allegations of "engaging in activities that endanger the national security" of China. They remain locked up without access to lawyers.

Meng is out on bail in Canada and living in one of her two Vancouver mansions awaiting extradition proceedings.

Despite the escalating frictions resulting from the detentions, trade talks between Beijing and the Trump administration remain ongoing.

The U.S. has taken pains to emphasize that their trade talks are entirely separate from the U.S. case against Meng. They have been doing so since Trump said in an interview that he might be willing to drop the charges against Meng as part of a trade deal with China.

Trump's comment frustrated Canadian officials who have been adamant Canada is following the rule of law and that Canada has an extradition treaty it must respect. A Canadian judge could deny the extradition request if it the charges are deemed political.

"The next time the U.S. asks Canada will be hard of hearing," Bothwell said. "Trouble with Trump and company is that they are entirely transactional. They don't think ahead. And in this case Trump's own words will probably be enough to get the U.S. extradition request denied."