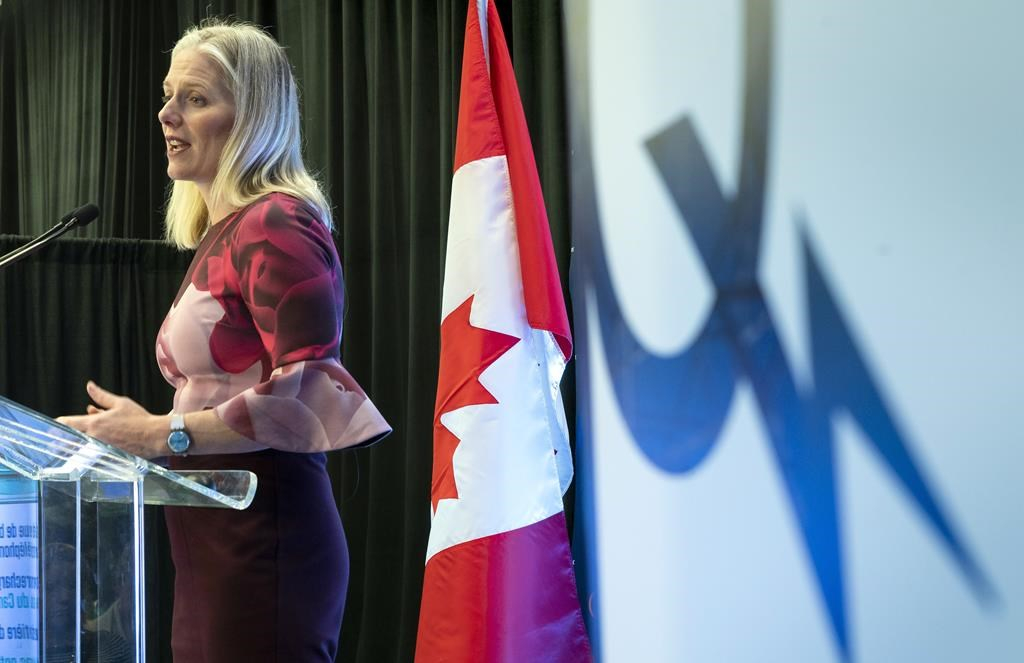 The much-delayed and politically fraught decision on a proposed multibillion-dollar nuclear-waste storage bunker near Lake Huron now appears certain to fall to Canada's next government.

Environment Minister Catherine McKenna paused the process in August 2017 — the latest in a string of delays for the deep geologic repository — to ensure buy-in from Indigenous people in the area. However, members of the Saugeen Ojibway Nation have made it clear they are in no rush to give Ontario Power Generation their blessing for the proposed facility.

"Both parties have committed to getting toward a decision, ideally this year, but there's a lot of work to make sure that happens," Randall Kahgee, a lawyer and lead adviser to the First Nations on the file, said in an interview.

During community meetings in recent months, a basic "Nuclear 101" was offered. The result, Kahgee said, is that people have begun asking pointed questions about the project that Ontario's publicly owned utility will have to answer.

About two dozen sessions are planned for the coming months to allow Ontario Power Generation to explain why it believes the repository is the best way to go. A "period of reflection" will follow those sessions leading to a community decision, perhaps by the end of this year, Kahgee said.

A key step is to decide how Saugeen Ojibway Nation gets to express its collective will, who in the community gets to have a say, and when. That includes deciding the role of young people, who must ultimately help implement whatever decision the community makes.

McKenna had no comment but the Canadian Environmental Assessment Agency called it important that Ontario Power Generation has the flexibility to engage with Indigenous peoples.

"Any decision that is made will be based on science and Indigenous knowledge," said agency spokeswoman Lucille Jamault.

Currently estimated to cost a total of $2.4 billion over a planned 50-year operational cycle, the project calls for a bunker to be built at the Bruce nuclear power plant near Kincardine, Ont. Hundreds of thousands of cubic metres of low and intermediate radioactive waste — not spent fuel bundles but still toxic for centuries — would be buried 680 metres deep rather than stored above ground at the site as now happens.

Politicians and scores of communities in Canada and the United States have denounced the project as an eco disaster in the making given its proximity to Lake Huron. The utility insists exhaustive science shows a repository in stable and impermeable rock would be perfectly safe for centuries.

An environmental review panel gave its OK in May 2015 but the then-Conservative government punted final approval until after the last election, and its successor Liberal government — which emphasized reconciliation with Indigenous peoples — has repeatedly delayed making a decision.

Kahgee said the community knows a new federal government after this October's vote might approve the project over any Indigenous objections.

"That's always the concern and that concern has been expressed by our community members," Kahgee said. "You see how different governments have treated Indigenous issues."

Regardless of any legal hurdles the government might face if it ignores the First Nations, Kahgee said the community is confident Ontario Power Generation has committed itself to respecting their views.

"We will not build the DGR at the Bruce site without SON's support," Kuntz said. "If the decision is a no, we would have to look for alternative measures."

One thing is certain: Both Ontario Power Generation and Indigenous people see a long-term solution for dealing with nuclear waste as a priority.

"The worst scenario ... is that the community rejects the DGR and everyone goes away and then we're done," Kahgee said. "This dialogue, this relationship, is going to have to continue for many, many, many years. That reality doesn't change."

Saugeen Ojibway Nation comprises about 5,000 members of the Saugeen First Nation and the Chippewas of Nawash Unceded First Nation, many of whom live out of the area.