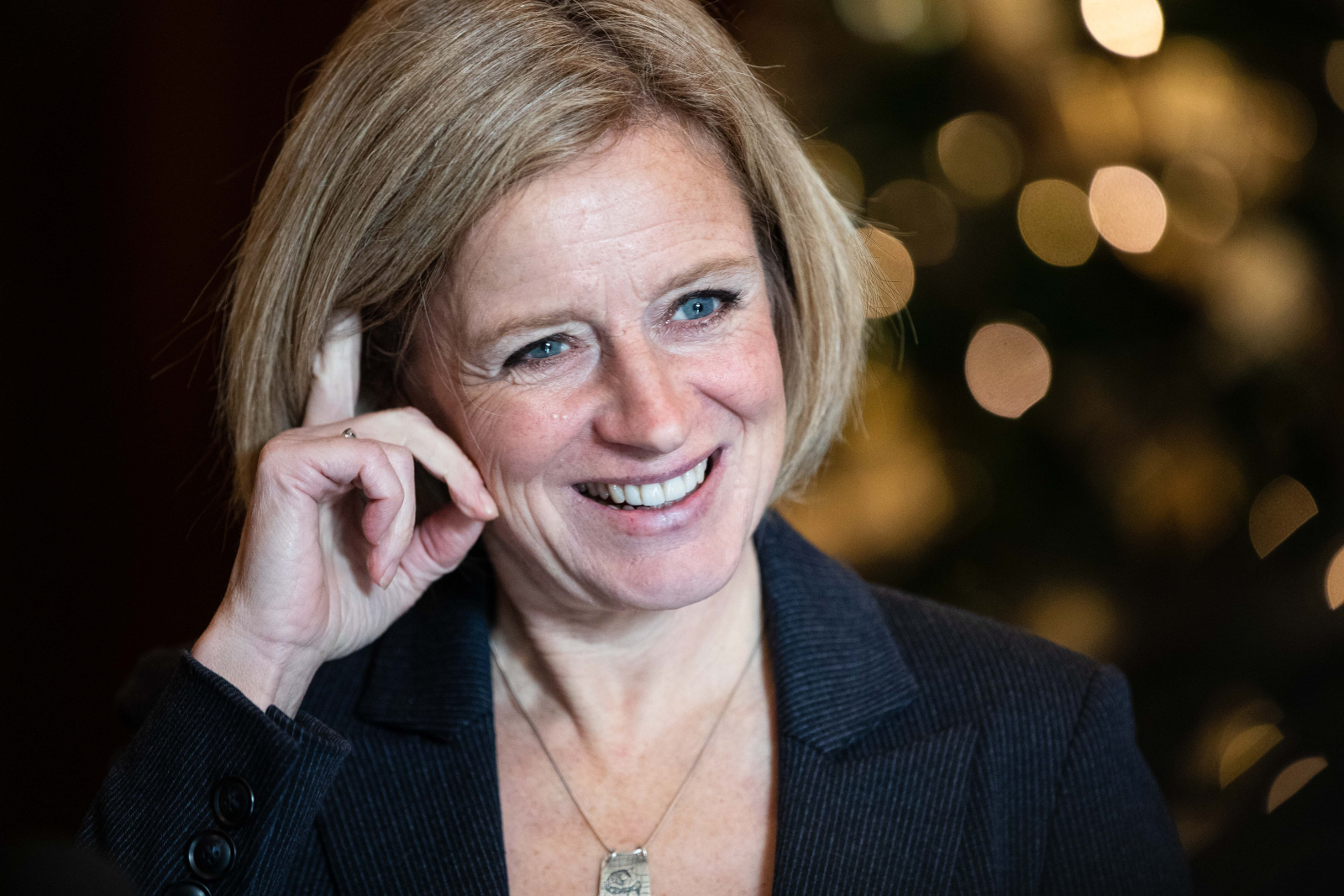 Alberta Premier Rachel Notley spoke to members of the Canadian Club of Ottawa on Nov. 28, 2018. Photo by Alex Tétreault
Previous story
Next story

Alberta will spend billions of dollars on rail cars to get a backlog of oilsands crude to market, decreasing dependence on delivery through British Columbia where pipeline projects face resistance.

The province announced a plan Tuesday to lease up to 4,400 rail cars starting as early as July, to move a crude backlog which has recently pinched oilsands producers with their sharpest ever market discount to the U.S. benchmark price.

The three-year plan is to move up to 120,000 barrels of additional oil daily by next year. The provincial government hailed this "historic rail deal" with the country's two biggest rail companies.

Canada’s total annual production, which is almost all from Alberta, was 4.2 million barrels per day (bpd) in 2017, according to federal data, with 3.3 million bpd exported and 1.8 million bpd shipped to domestic refineries.

Premier Rachel Notley underlined the province’s displeasure with neighbouring British Columbia, telling reporters that of the possible destinations for its product “a lot will go south.”

An official said the rail cars could be sent to the U.S. west coast, a refining complex in Cushing, Oklahoma, the U.S. east coast or to Montreal.

A government statement said the plan is a "strategic investment."

An official said the project was expected to cost $3.7 billion to run and should bring in revenue of $5.9 billion, resulting in a potential $2.2 billion profit, depending on market conditions.

Under the terms of the deal with Canadian Pacific Railway Ltd and Canadian National Railway Co, the province will purchase crude oil from producers and load it onto cars to ship mostly to the U.S. Gulf Coast, where the government says "it can be sold at higher prices."

Notley and her NDP government have been banking on adding more oil-by-rail capacity to the province in order to get more oil to markets in the medium term while longer-term battles to build pipeline projects rage on.

Alberta holds the world's third-largest known reserves of crude oil after Saudi Arabia and Venezuela, but has been struggling lately due, in part, to a lack of pipeline capacity to ship the oil to market.

Environmentalists have said that Alberta needs to do more to diversify its economy and switch to cleaner forms of energy to help fight climate change. Notley has said that the government's overall policies are tackling climate change while protecting jobs.

In December, Notley announced that Alberta was imposing mandatory cuts on oil production to address a crisis caused by low market prices. In January, the government announced that it would be easing up on those cuts which seemed to work faster than expected.

“But let’s be very clear about something,” Notley told a news conference. “Rather than produce less, we have to find ways to move more.”

Nor are the rail cars, Notley said, with the crude-by-rail project seen as interim fix and pipelines considered “the best, most efficient, economical, long-term solution.”

The spot oil market appears to assess the additional challenges that Canadian crude producers face in getting to locations where they can be refined for final delivery, part of the reason for the difference between the going price for its thicker Western Canada Select (WCS) and the lighter U.S. standard, West Texas Intermediate.

Talks with industry began in the summer, an officials said, and moved into high gear in October, when limited takeaway capacity led to a record widening of the differential and “distressed prices” for Albertan oil.

At that point the price for a barrel of the Canadian benchmark was US$50 less than that for West Texas, which an official described as a “severe constraint” on the oilsands industry.

Notley said that buying the oil from producers and then selling it to refiners or others would for taxpayers carry “absolutely no risk” of finding a market as demand grows.

“We are confident that this will turn out to be a good business decision for taxpayers,” she said.

“By mid-2020, state-of-the-art cars will be moving an additional 120,000 barrels a day to port, where we can sell to international customers,” Notley said. “Not only will this investment make money for Albertans, it will serve as a hedge against any future issues for our takeaway capacity.”

She promised farmers and others that the move would not disrupt or negatively impact agriculture and other rail customers.

Notley expressed antipathy for a protest convoy from Western Canada that arrived in Ottawa Tuesday. She attempted to acknowledge their legitimate support for the approval of pipelines while distancing herself from complaints that they and some of the accompanying Yellow Vest protest group has pushed anti-immigrant sentiment. She urged them to stay on the pipeline message.

“What I know is that Albertans not only in that convoy but Albertans across this province for at least two or three years now have been doing a tremendous case reaching out to Canadians across the country making the strong case for why pipelines matter,” Notley said.

“What I have said all along though is that we cannot stand with those that are delivering additional messages that are divisive and quite frankly not ones that we agree with.”

Notley said Alberta was “not happy” with the lack of a rail response from the federal government, which she noted were more focused on pipelines.

“There comes a time when debating the number of angels on a pin with the federal government is not of value, moving forward to protect Albertans is,” she said. “Doing so in a thoughtful, strategic, businesslike way to preserve the best interests of Albertans, their financial interests in our energy sector, is something we are obliged to do.”

Editor's note: This article was updated at 7:56 p.m. ET on Feb. 19, 2019 to include additional background information and quotes from Alberta Premier Rachel Notley.