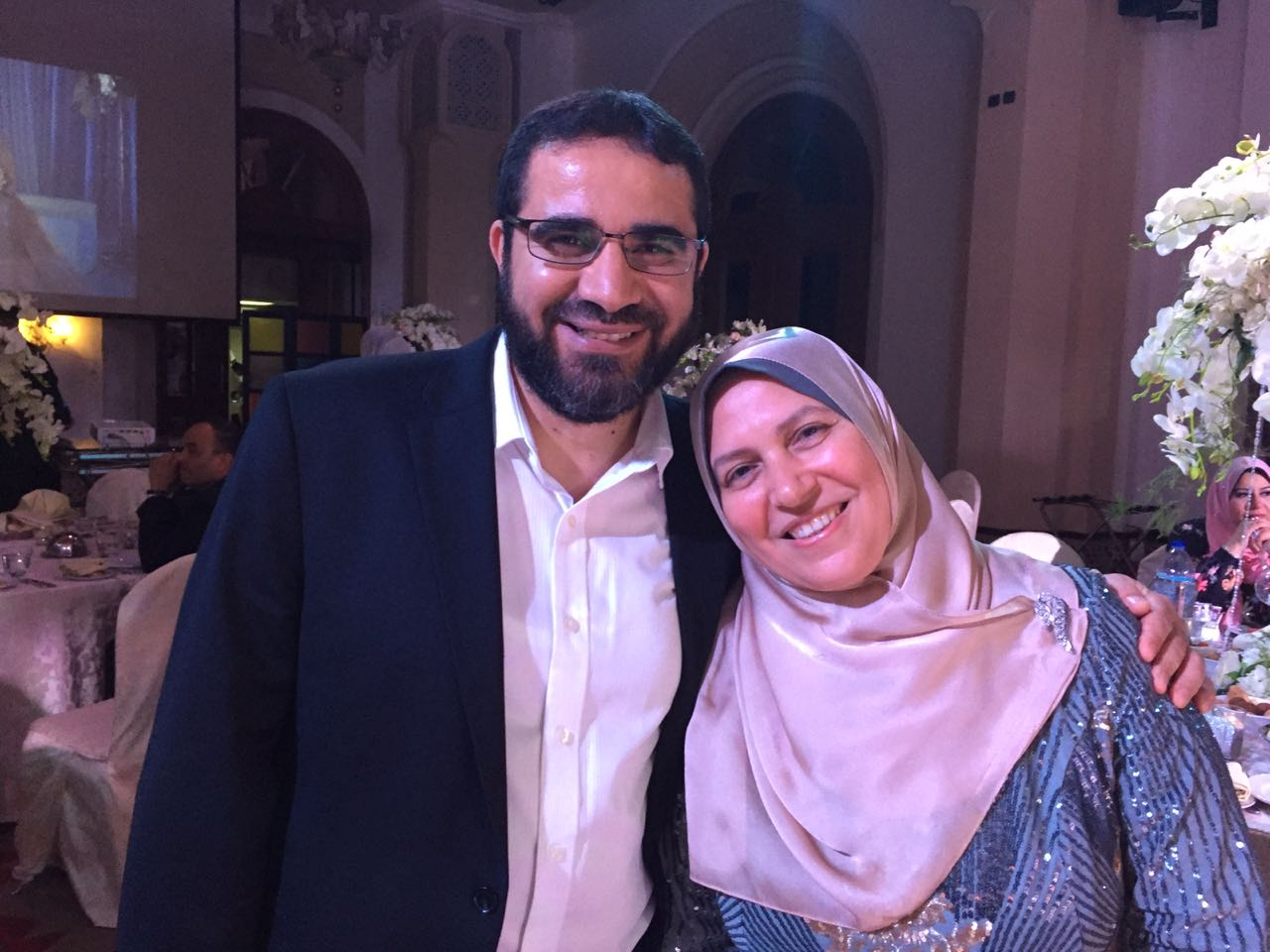 Yasser Ahmed with his wife, Safaa Elashmawy in a 2018 photo that was taken in Egypt. Supplied photo
Previous story
Next story

Yasser Ahmed Albaz was about to board a flight from Cairo, Egypt to Canada on the night of Feb. 18, when security pulled him aside and confiscated his passport. He was told by an officer that he had been flagged for investigation. Then, he was arrested.

The last thing Albaz told his family was that he loved him. That WhatsApp message reached them at 10 p.m., his eldest daughter, Amal, recalls.

In the week since, neither Amal, nor her two younger siblings or their mother have heard directly from their father. They received some information through a message he sent to a friend in Egypt who said he had been arrested by Egypt's state security. They've also received updates from a lawyer they hired and Canadian consular officials.

It wasn't immediately clear why Albaz had contacted a friend directly but wasn't able to contact his family in Oakville, Ontario.

The Albaz family said that they learned which prison he had been taken after hiring a lawyer in Cairo. The lawyer and Canadian consular officials have confirmed to the family that Albaz was being held in Cairo's Tora prison for additional questioning, expected to take place on Tuesday.

Albaz has not yet been charged with any crime, the family said.

They declined to provide National Observer with the lawyer's name and contact information out of fear that this could endanger the lawyer's safety.

The Tora prison has been the focus of a Human Rights Watch report that revealed its harsh conditions, torture practices and routine human rights violations of thousands of prisoners.

"We're horror-struck," Amal told National Observer, adding that her father isn't political. "There is no clarity on why this happened. We don't know anything right now."

Albaz, 51, had been on a business trip Cairo since December, working with a client for his small engineering firm in Oakville. Amal said that her father remained in touch with the family throughout the trip, until he was detained.

Global Affairs Canada said in a statement they were aware of the detention of a Canadian citizen, but that they couldn't disclose additional information for privacy reasons, said spokesman Richard Walker.

Despite being in touch with a consular officer, Amal is urging the Canadian government to intervene at the highest levels and apply pressure on the Egyptian government for more information and his release.

More specifically, they want Foreign Affairs Minister Chrystia Freeland to intervene. In recent months, Freeland has spoken out about detentions of human rights activists in Saudi Arabia, and about the two Canadian men who remain in custody in China.

Walker was unable to confirm if either Prime Minister Justin Trudeau or Freeland had been informed of the matter.

"We need the prime minister and Minister Freeland to pick up the phone now," Amal said. "The biggest concern for us is his safety."

"We can't let our father spend another day in that horrible prison."

'By now, he will have been brutalized and tortured'

Egypt has been on the radar of human rights organizations and news agencies in recent months for its practice of arbitrary detentions and abuse of detainees. Amnesty's 2018 report on the country found that "the authorities used torture and other ill-treatment and enforced disappearance against hundreds of people, and dozens were extrajudicially executed with impunity."

The same day as Albaz's arrest, Egyptian authorities detained a New York Times correspondent David Kirkpatrick, holding him incommunicado for hours before forcing him onto a flight back to London without explanation. At the time, Michael Slackman, international editor of The New York Times, said: “We are deeply disturbed that the government of Egypt detained our correspondent, kept him incommunicado, denied him food or water and refused to allow him into the country.”

Albaz is the fifth high-profile arrest of a Canadian in Egypt over the past five years, including John Greyson and Tarek Loubani, and Khaled Al-Qazzaz.

At the time, the government's direct intervention aided in their release.

"I know exactly the journey he took from the first step he took to now," Loubani, an emergency physician at the London Health Sciences Centre, said in an interview. "By now, he will have been brutalized and tortured...It's been a week. I guarantee they're trying to hide their scars or worse. "

John and I were beaten and tortured in Egypt. Canadian Yasser Albaz is currently experiencing the same, and I pray he is not killed in the process. Canada must act swiftly and forcefully to bring him back. @AmalAlbaz

Loubani was detained by the Egyptian government in 2013 with Greyson, without explanation for over 50 days. They were both "beaten to a pulp" in what he calls was a "welcoming celebration" that every inmate at Tora prison received. He describes it as "an eight hour long brutality."

"It's not a secret there," he said. "Everybody knows about it."

When Loubani demanded a medical examination, the doctors found he had broken ribs and that he was urinating blood. Greyson had an obvious boot mark in his back.

"The experience was mine and I never want it to be anybody else's," he said. "I do not care what this man's political inclination is. What I know is no man deserves that treatment."

Canadian journalist Mohamed Fahmy was also released in 2015 after spending more than 400 days in a maximum security Egyptian prison.

'He needs to come home today'

The entire detention process in Egypt is defined by its arbitrariness and brutality, Loubani said of his experience. "This is the MO of the Egyptian dictatorship," he said, noting that the only thing that got him and Greyson released was "massive pressure by the Canadian government."

There is no legal exit for Albaz, Loubani said, because there is no independent judiciary in Egypt at the moment.

"It is 100 per cent subservient to the military dictatorship," he said. "There's only one solution here and that solution is political..."They need to apply pressure because these things will only get worse over time. Canada's voice matters and Canada's voice has a say is (Albaz's) case."

"I know that we can't realistically stop the arrest of every Egyptian that's being unfairly detained but...it's incumbent on us to protect the people we can, and that's Canadians," he added.

The Albaz family says it is most concerned about the prison's brutal reputation.

"We've been in Canada for two decades," Amal told National Observer. "We've traveled back and forth many times and nothing like this has ever happened."

The community has rallied around the family; Albaz was a well-known philanthropist and businessman in the community. But, the family hasn't been able to sleep or eat properly since, Amal said.

The dictators playbook - Egypt's Military govt. is following the script - as far as they are concerned they are at war with all their known and unknown enemies. Arbitrary arrest, torture and capricious extra/non judicial decisions and actions are hallmarks. Every "rule of law" nation has to blacklist governments like Egypt's to end these reigns of terror.