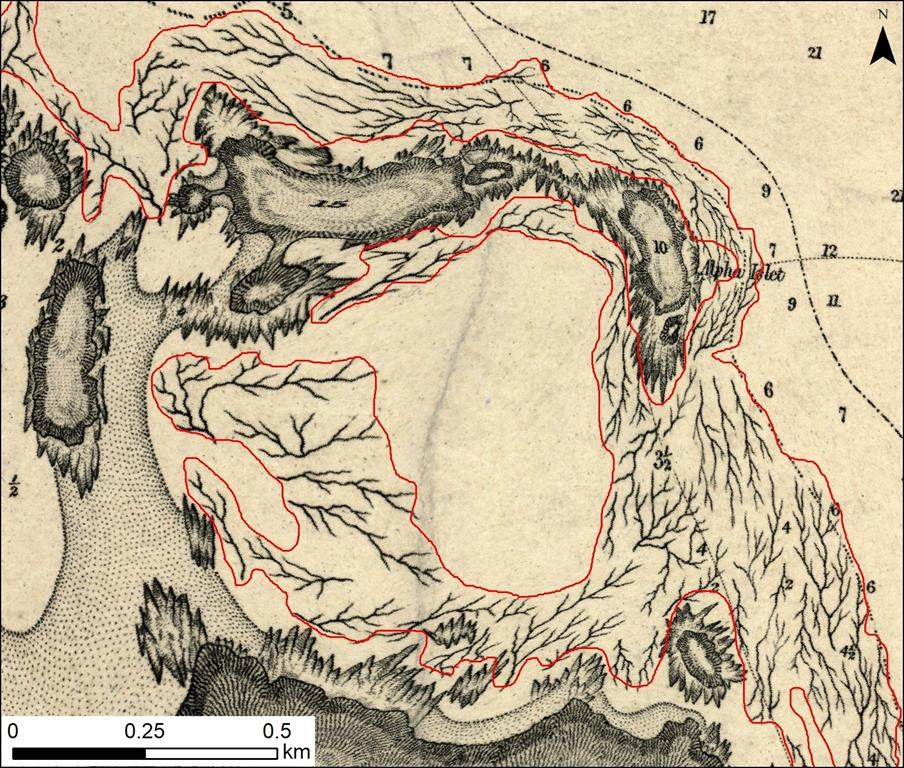 An example of a British chart from the 1850's showing the drawing of kelp blades to indicate kelp beds. Handout photo by Maycira Costa
Previous story
Next story

A serendipitous meeting between a professor and a colleague last year led to a treasure trove of historical maps indicating kelp bed locations off British Columbia's coast, helping experts understand the changes in the ocean's rainforests.

University of Victoria geography Prof. Maycira Costa saw the squiggly lines on the yellowed, hand-drawn map in a picture frame above her colleague's desk.

The wall art was from 1903 and Costa said her co-worker had found it amongst a pile of old maps in someone's office.

Using those British admiralty charts from 1858 to 1956, Costa and her research team have now created the first historical digital map of B.C.'s coastal kelp forests.

They'll use the maps to further investigate the loss of the kelp beds in research supported by Fisheries and Oceans Canada, Canadian Hydrographic Service and the Pacific Salmon Foundation, she said.

"Kelp was considered a navigational hazard so the British carefully annotated all kelp forests on their charts," Costa said. "And the historical charts increase our understanding of kelp distribution over time."

The kelp forests are known to be an important habitat for several species along the B.C. coast.

Herring use the kelp beds as a deposit for their eggs, crabs, starfish and juvenile salmon also live in the forests, she said.

"Kelp are the rainforests of the ocean. And they uptake a lot of carbon from the atmosphere of the ocean," she said.

The province has two types of kelp forests, bull and giant. They grow from shallow areas to depths of about 20 to 25 metres, Costa said.

One of the growing concerns for kelp is warmer water temperatures but it's unclear if that equates to loss of the forests.

Kelp beds are also vulnerable to coastal pollution and increased turbidity from shoreline development, she said.

Communities monitoring the kelp beds along the B.C. coast have indicated loss, and now with the help of the British maps the team will work to compare the ocean forests, she said.

They'll compare the historical maps with the satellite images from 2002 until 2017, she said.

"A lot of environmental conditions play a role in how successful kelp beds are in specific year. Some areas in the United States documented loss of kelp beds especially when the ocean gets warmer," Costa said.

The next step is to study kelp beds along the entire B.C. coast to better understand how much was lost, she said.

"We now know where they existed about 100 years ago. So what happened recently?"

Oceans of reasons to protect what we love

Megan Leslie: Solutions are here to protect oceans if we move fast