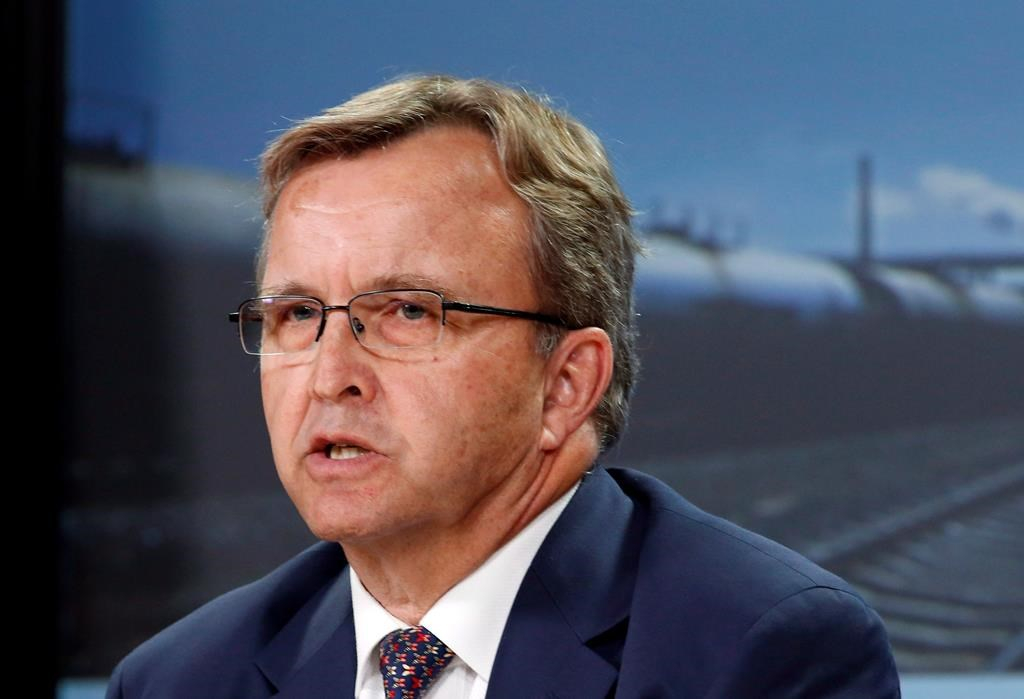 Senator Grant Mitchell speaks at a press conference after the release of a Senate report that calls for the review of rail safety in Ottawa on Thursday, August 22, 2013. File photo by The Canadian Press/Patrick Doyle
Previous story

The federal government's promised overhaul of environmental evaluations for energy projects is poised for a major Senate surgery, but the upper chamber must race to pass the bill before an election guillotine sends it to the shredder.

Bill C-69, the Impact Assessment Act, was introduced in response to a Liberal campaign promise to change how major energy projects get reviewed for their environmental, social and economic effects, with the aim of speeding up reviews and making their criteria clearer.

Introduced in February 2018, the House of Commons already made 136 amendments before sending it to the Senate.

Now it's before the Senate energy committee, many members of which are vowing further changes.

Those amendments won't be proposed for several more weeks after the committee agreed Thursday to take its study on a nine-city tour. It has promised to finish its report to the full Senate no later than May 9.

That leaves less than two months for the Senate to finish third reading — where senators can propose substantial changes to a bill — and the government to determine how many of the expected amendments it will accept.

If the bill does not get royal assent this spring, it will fall to the cutting room floor because any bills on the order paper go back to square one after the election, no matter whether the Liberals win again.

Sen. Grant Mitchell, who sponsored the bill in the Senate, said it won't be easy but "absolutely it will get done."

He said it was made clear to him that while industry and some provincial governments have significant concerns with the bill, they see its failure as a worse option.

Tim McMillan, president of the Canadian Association of Petroleum Producers, told the Canadian Press he doesn't like the bill as-is, but killing it would tear up years of work and not provide any more certainty to his industry.

Mitchell says he is open to amendments, as are the prime minister and Environment Minister Catherine McKenna.

"We welcome the Senate taking a serious look at this legislation, and we have consistently said that we are open to amendments put forward by the Senate, should they strengthen and improve the bill," McKenna said in a written statement Friday.

The Senate is receiving intense pressure on this legislation.

This week alone, the premiers of Alberta and Newfoundland and the energy ministers of Saskatchewan and Ontario presented to the committee. Senators have also received nearly 50,000 letters urging them to either kill the bill or agree to major changes on everything from review timelines to who can be heard during a specific review.

Independent and Conservative senators are indicating a desire for some pretty significant changes.

The legislation lifts limits the former Conservative government placed on who can get standing to be heard during an assessment hearing, but many groups have said putting no limits on standing goes too far. Woo said he wants some changes made on that topic.

He also wants to see changes made to the level of discretion given to cabinet ministers who, as worded, can halt the review process for a time, upending the bill's assertion of hard timelines for how long the review can take.

Conservative Sen. Dennis Patterson said provincial governments have raised legitimate concerns the bill oversteps established provincial jurisdiction and introduces new factors on which projects will be judged, such as climate change and gender. Patterson said some of those areas are so vaguely defined it just invites lawyers to challenge any decisions.

He is also concerned there isn't enough in the bill to require direct and indirect economic benefits to be taken into account.