CN, CP Rail appealing minister's order for use of handbrakes on stopped trains 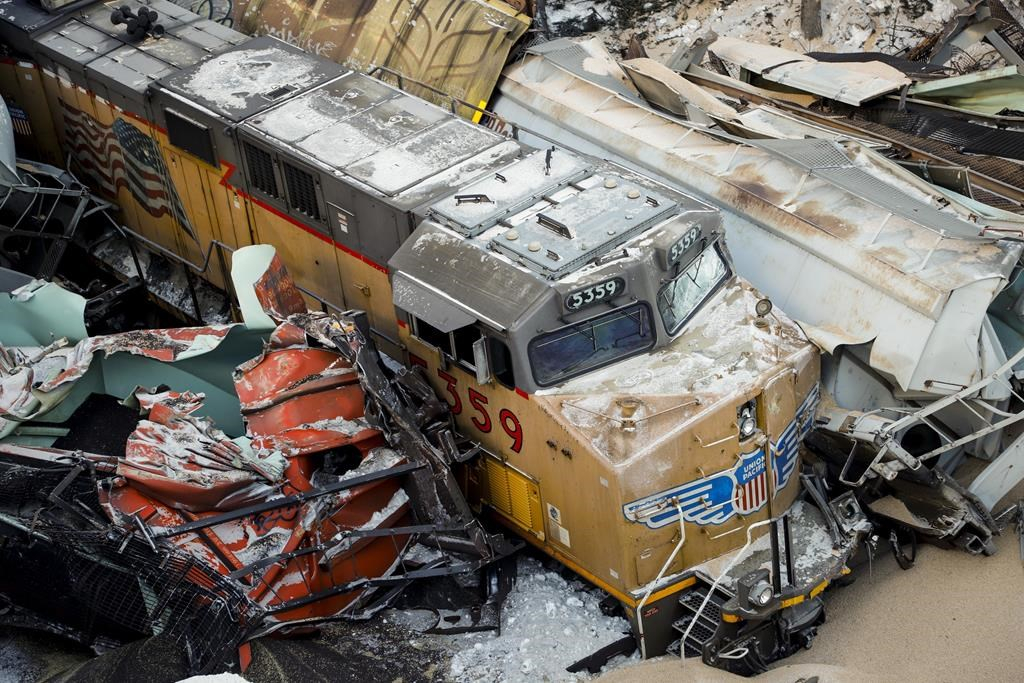 A train derailment is shown near Field, B.C., on Monday, Feb. 4, 2019. File photo by The Canadian Press/Jeff McIntosh
Previous story
Next story

Canadian Pacific Railway's chief executive says the company is focused on safety, but the application of handbrakes introduces additional risks and will have unintended consequences.

In a news release, Keith Creel says safer options are available, adding "we must get this right."

The Calgary-based railway says it will comply with the ministerial order throughout the appeals process, including a review by the Transportation Appeal Tribunal of Canada.

Canadian National Railway also says it is filing a review.

"CN has complied with this order since it came into force, but is of the view that alternative solutions are available that will more adequately address the safety objectives and the realities on the ground," spokesman Alexandre Boule wrote in an email.

Three CP Rail employees were killed in early February after a Vancouver-bound train that was parked for two hours with its air brakes engaged started moving on its own and sped up to well over the limit before 99 cars and two locomotives hurtled off the tracks.