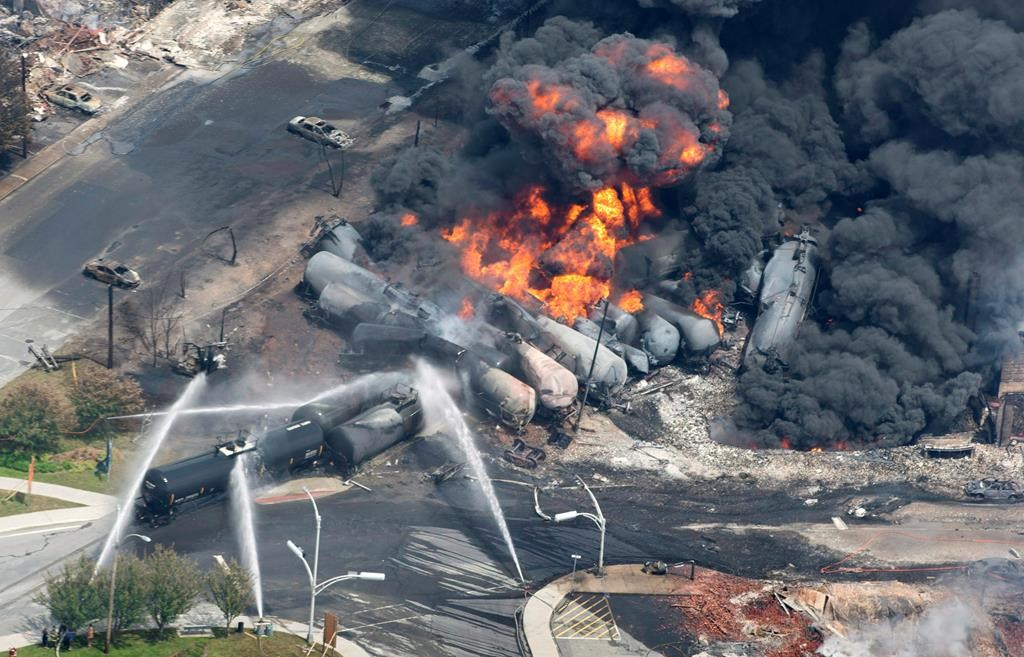 Smoke rises from railway cars that were carrying crude oil after derailing in downtown Lac-Mégantic, Que., on Saturday, July 6, 2013. File photo by The Canadian Press/Paul Chiasson
Previous story
Next story

After initially refusing, Netflix has agreed to remove images of the 2013 Lac-Mégantic disaster from its blockbuster film, "Bird Box."

A spokesman says in an email to The Canadian Press that the streaming company is sorry for any pain it caused to the residents of Lac-Mégantic, Que.

People in the town and across the province were shocked after learning in January that footage from the derailment and explosion that killed 47 people was used in the drama starring Sandra Bullock.

Demands that the brief scene be removed came from politicians at all levels, including Lac-Mégantic Mayor Julie Morin.

Quebec Culture Minister Nathalie Roy wrote to the company in January calling for it to remove the footage of the burning town.

The company apologized and promised to do better, but until now it had refused to edit the film to remove the images.