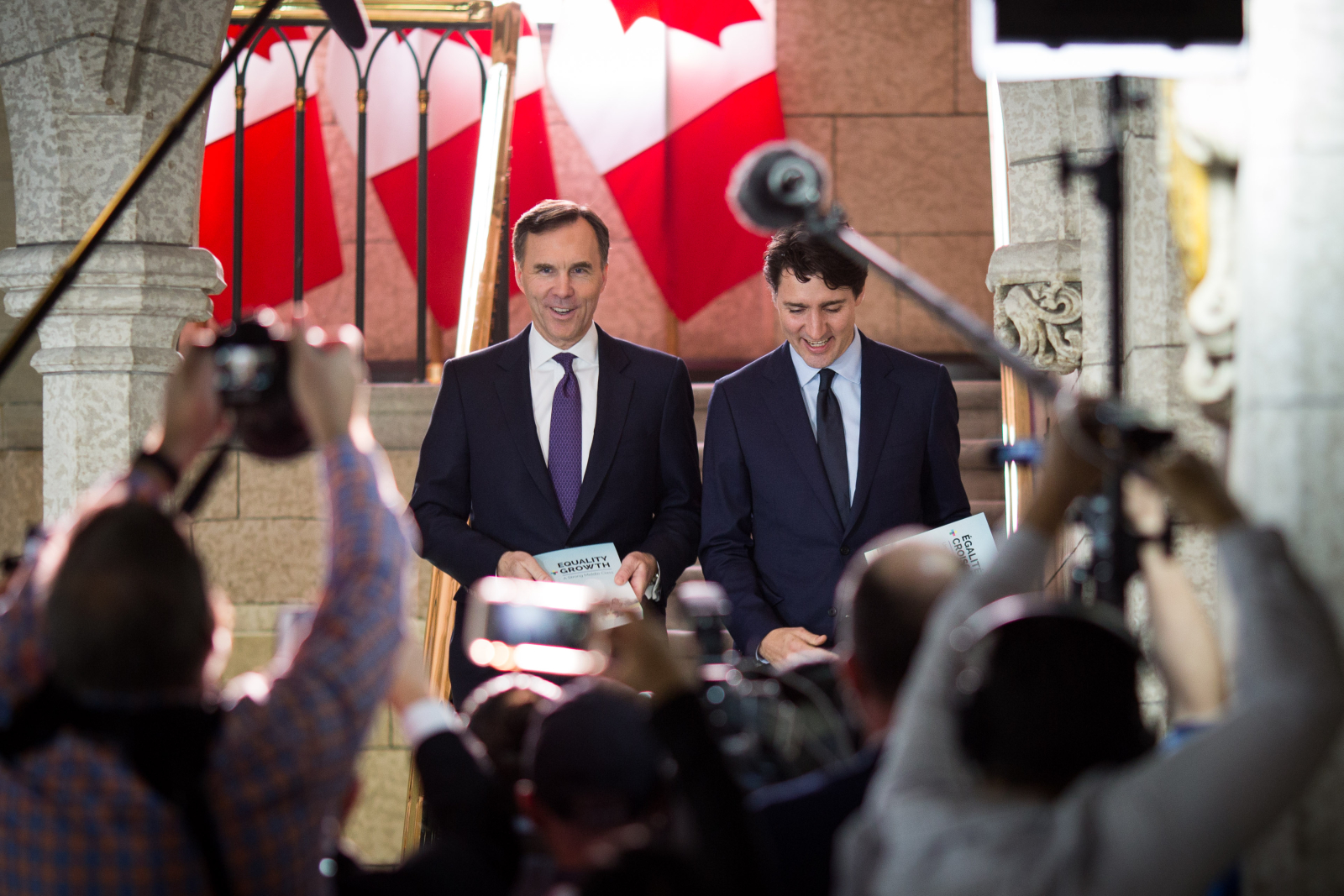 Finance Minister Bill Morneau and Prime Minister Justin Trudeau head into the House of Commons in Ottawa on Feb. 27, 2018 to table the federal budget. File photo by Alex Tétreault
Previous story
Next story

The federal government plans to spend more than a billion dollars over five years to strengthen Canada’s border and speed up the processing of asylum claims and removal of failed applicants, its 2019 budget shows, as immigration heats up as an election issue.

Canada processes some 50,000 asylum claims per year, and critics have claimed that the system is overrun, while the spectre of hordes of foreigners invading the country and taking economic opportunity or other resources away from citizens has been used by anti-immigration advocates to drum up xenophobic sentiment.

It has seen a spike in irregular border crossings since the election of U.S. President Donald Trump, who has introduced a range of measures that make it harder for people to settle in the United States.

“In recent years, elevated numbers of asylum seekers, including those that have crossed into Canada irregularly, have challenged the fairness and effectiveness of Canada’s asylum system,” the budget acknowledges.

Of the $1.18 billion the Trudeau government plans to spend (plus $55 million ongoing) on the border, $452 million is earmarked for Immigration, Refugees and Citizenship Canada, $382 million will go to Canada Border Services Agency, and $208 million is for the Immigration and Refugee Board.

The government said it would spend $24.4 million over five years to “reinforce the accountability and oversight” of the Canada Border Services Agency (CBSA) by expanding the newly-created Civilian Review and Complaints Commission so it can act as an independent review body for both the Royal Canadian Mounted Police and the CBSA.

The government said the overall strategy will mean the RCMP and CBSA “will be better positioned to detect and intercept individuals who cross Canadian borders irregularly and who try to exploit Canada’s immigration system.”

It added that “failed asylum claimants who entered into Canada at irregular crossings or between official ports of entry will also be removed on a priority basis.”

The government said the funds will also help expand a pilot project that aims to increase efficiencies among delivery partners in the pre-hearing process for refugee
protection claims.

That would include legislative changes to the Immigration and Refugee Protection Act “to better manage, discourage and prevent irregular migration.”