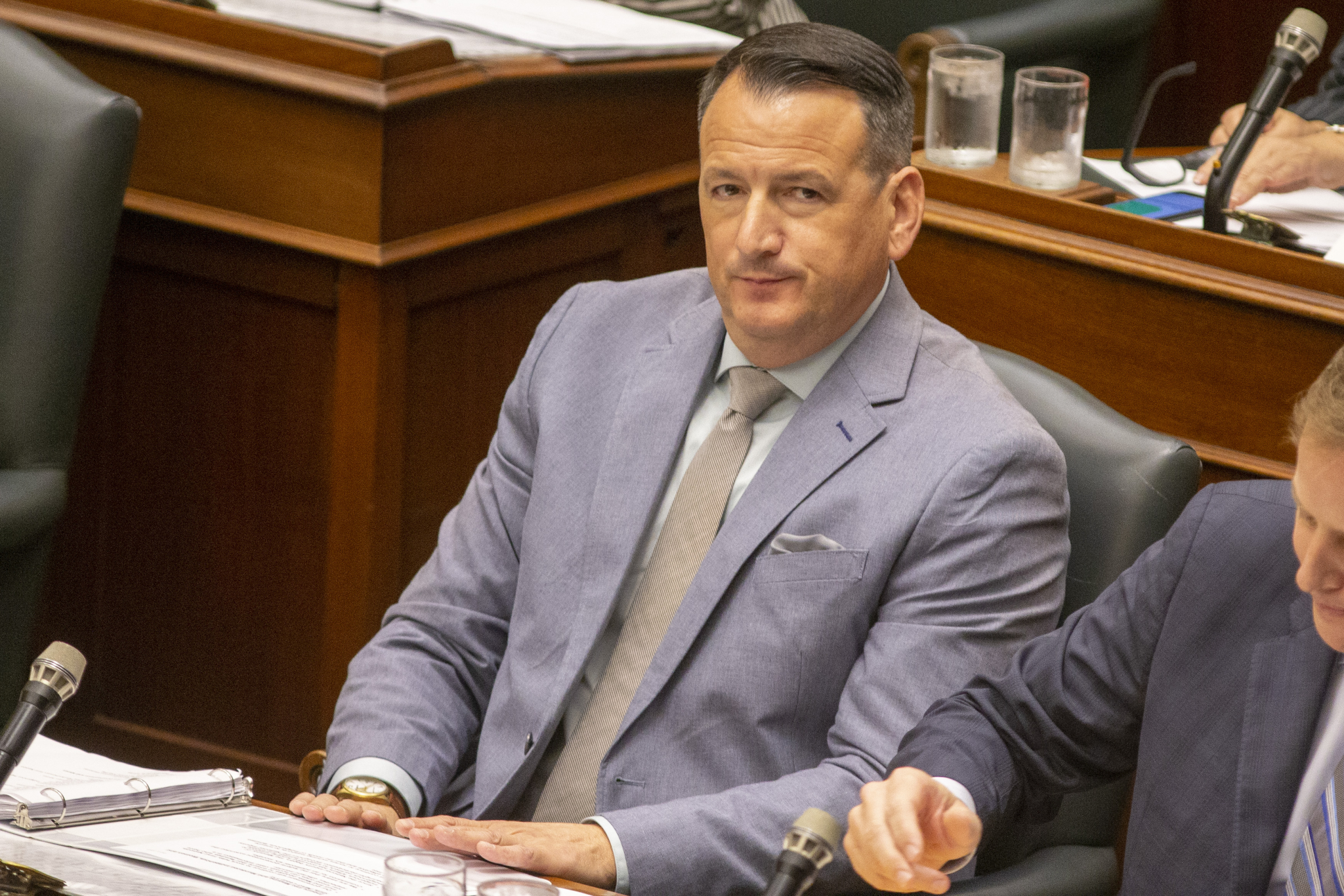 Premier Doug Ford's Progressive Conservative government said on Thursday it will reform Ontario's electricity system in a bid to reduce costs overall and lower rates for businesses, a move critics say limits the most efficient way to save money in the power grid and threatens thousands of clean energy jobs.

The plan, announced by Energy Minister Greg Rickford, confirm details reported exclusively by National Observer on Wednesday about a series of cuts to programs that were designed to save energy in buildings. The plan would also result in the uploading of electricity conservation programs from local distribution companies to the central Independent Electricity System Operator (IESO). The government said that this would save up to $442 million.

Rickford's plan also includes an overhaul of the Ontario Energy Board, an inflation-level cap on residential electricity bill price increases, and winding down the former Liberal government's Fair Hydro Plan, which provided a 25 per cent rebate to customers but also carries large debt obligations.

"Our government is building an electricity system that works for the people, and that starts by cleaning up the mess we inherited," said Rickford, who delivered his comments at Queen's Park, standing in front of a blue sign that featured the words "fixing the hydro mess" in white letters.

"We are taking a comprehensive, pragmatic approach to building the modern, efficient, and transparent electricity system that the people of Ontario deserve."

The government's announcement was supported by at least one prominent stakeholder.

Bruce Power, a nuclear power company that generates 30 per cent of the province's electricity, welcomed the announcement, saying it focuses on key economic drivers, long-term stability, transparency and the leveraging of existing assets and proven technology.

"As a low-cost, stable electricity generator, Bruce Power generates 30 per cent of Ontario’s electricity at 30 per cent below the average cost to generate residential power," the company said in a statement. "In addition, we are focused on increasing output through modernization and building efficiencies within our own business which benefit Ontario consumers as recently demonstrated by $200 million in efficiency payments announced in January, 2019."

The company also said its current plans would secure long-term low-cost generation, creating and sustaining thousands of jobs, billions in tax revenues and providing a strong export capability for Ontario for nuclear isotopes.

Environmental groups and opposition political parties say the moves don't make economic sense, pointing to the IESO's estimates that it costs more than four times more to produce nuclear energy than to conserve electricity, with nuclear costs likely to double in coming years.

The IESO estimates that it costs 1.7 cents to save a kilowatt hour (kWh) of electricity while Ontario Power Generation’s (OPG) nuclear electricity costs 8.8 cents per kWh and is forecast to rise to 16.5 cents per kWh by 2025 to pay for the re-building of the Darlington Nuclear Station.

Corey Diamond, executive director of Efficiency Canada, said that this field of the economy has the potential to create over 14,000 jobs per year.

“Energy efficiency is the best bang for the buck for the people of Ontario," said Diamond in a statement. "Scaling back on programs means fewer local jobs in communities across the province,” he said.

Local distribution companies "have made a vital contribution to delivering savings to all customers across Ontario, including families, small businesses, farmers, medium and large businesses," said Teresa Sarkesian, president and CEO of the Electricity Distributors Association (EDA).

Ontario NDP energy and climate change critic Peter Tabuns said he agreed that the previous government's plan was disastrous, but said that the Ford government was about to make the situation worse.

“For years, families saw their utility bills skyrocket under the Wynne Liberals and were left struggling to make ends meet each month," Tabuns said. "Instead of making things better, and dropping the disastrous Liberal hydro borrowing scheme, the Conservatives are ripping up programs that help everyday families save money on their utility bills, so families and businesses will see their bills jump, yet again."

The "mess" the PC's inherited

The "mess" the PC's inherited was a long time building and started - as most of the electrification of North America did, with the premise that electric power was a "public good" that warranted governmental support.
Latterly, the notion of a "Public Good" supported by taxpayers has lost its lustre under decades of capitalistic and opportunistic market assaults and the sometimes penny wise/pound foolish management of public utilities. In truth the "mess" has grown under the guidance of a succession of governments of both major parties and even the brief tenure of the only "socialist" party elected in Ontario. And the current PC party plan is not going to resolve the catch 22 they are in. Everyone in the developed world who is accustomed to the effortless provision of modern conveniences that have lifted them from the backbreaking human and horse powered labour of their ancestors have failed to factor in the age old laws of diminishing returns and life cycle costing. The even older laws of entropy/enthalpy dictate you can only get out what you put in. We have been taking out much more than the inflexible law allows and now we have to find our balance again and make reparations. The price will be steep, and our unfortunate descendents will be paying it.

Nuclear power advocates seem like the answer to a maiden's prayer and their carefully tailored suits and calculations hide their hidden flaws. Give them both a stress test and the fraying begins. The Nuclear industry has not yet solved the liabilities of its waste storage problem. That vexed issue has disappeared from public discourse. Do not be fooled, it is lurking in the underbrush and landfills just waiting to bite and poison our species. Just like the tar sands, it is the pit that awaits the hapless taxpayer.

This systemic human failure to foresee, plan for, and persevere in the long view is the fatal flaw in electoral political leadership. Throughout our history, humans fall victim to our self-made traps, our craving for instant gratification, our refusal to examine the fine print.

There are no magic bullets, no free lunches, no avoiding the final payments due. Only people who refuse to acknowledge truth as an essential component of human survival will be conned by this latest PC exercise in futility.

OF COURSE the nuclear power

OF COURSE the nuclear power company supports the use of nuclear energy. And, like other corporate entities, they will disappear when it is time to clean up the mess they leave behind.