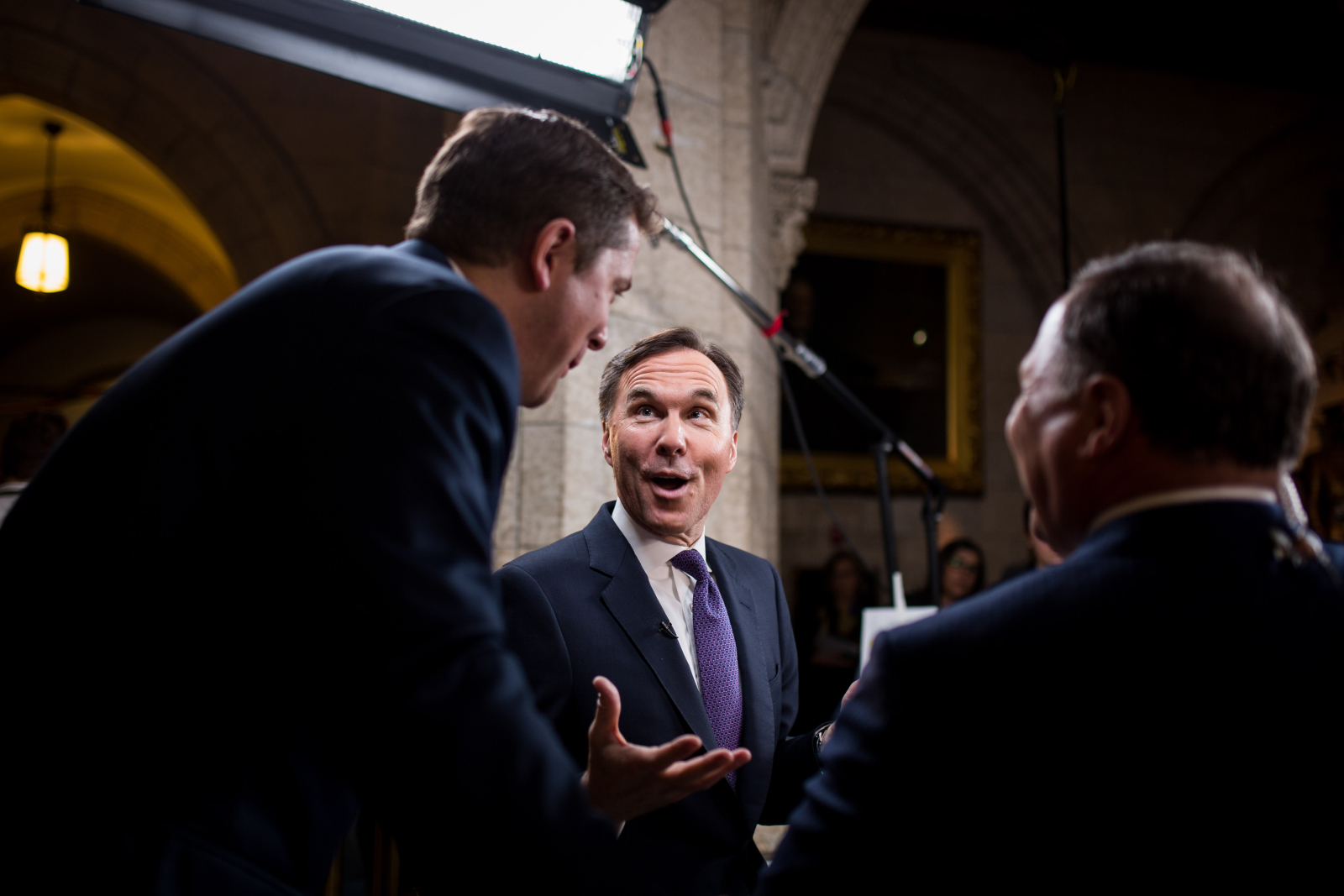 The federal government is proposing a change that would require Canada's anti-money laundering agency to be more transparent about banks that break the rules.

The proposal, included in Finance Minister Bill Morneau's 2019 budget, was introduced after the law enforcement agency, the Financial Transactions and Reports Analysis Centre of Canada (Fintrac), failed to name a bank that was penalized and ordered to pay $1.15 million for failing to disclose a suspicious transaction and committing hundreds of other violations.

That penalty was initially disclosed in April 2015, when the former Harper government was in power.

Internal Fintrac documents revealed that the bank had broken the rules 1,225 times, National Observer and the Toronto Star reported in a joint December 2016 investigation.

The bank was later revealed, in a CBC report, to be Manulife Financial.

Morneau's department told the Star in an email that the proposed measure would make it "automatic" for the law enforcement agency to name an organization that receives a financial penalty.

"This change would improve transparency," the department said.

The government has also proposed, in its budget, to invest $163 million over the next five years to crack down on financial crime and fraud.

But hours after Manulife came forward in February 2018 to confirm that it had been penalized, Fintrac's top boss admitted the agency "may not have" met public expectations of transparency.

Fintrac has also refused to identify Manulife's client, and documents released by the agency have redacted the client's name and identifying information. But the description of the client's criminal history and activities line up with those of Andrew Strempler, a Manitoba-based online pharmacy entrepreneur who was convicted of mail fraud in the U.S. in 2012, after some of the drugs he shipped to American clients were found to be counterfeit.

with files from Marco Oved, the Toronto Star

After breaking rules, Manulife warned feds it could sue