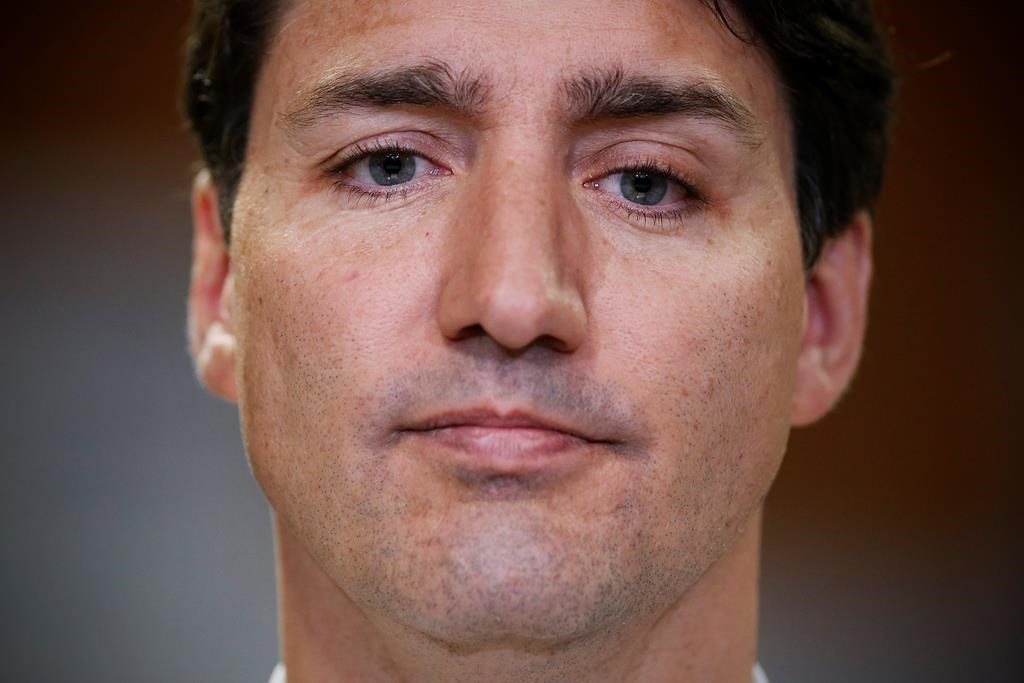 Prime Minister Justin Trudeau is photographed as talks to media after meeting with students and teachers at MITT as he announced Budget 2019's Canada Trading Benefit in Winnipeg on March 26, 2019. Photo by The Canadian Press/John Woods
Previous story
Next story

Leaked reports about a dispute between Prime Minister Justin Trudeau and former attorney general Jody Wilson-Raybould over a Supreme Court appointment drew condemnation from bar associations and MPs of all parties Tuesday as the controversy surrounding the SNC-Lavalin affair raged on.

Opposition MPs called the leaks an act of desperation meant to smear Wilson-Raybould and to justify Trudeau's decision to move her out of the prestigious justice portfolio in January — a cabinet shuffle that touched off what's become a full-blown political crisis for the governing Liberals.

And even a Liberal MP called the leaks "outrageous."

The Canadian Press and CTV reported Monday that in 2017 Trudeau turned down Wilson-Raybould's recommendation that Glenn Joyal be elevated from chief justice of Manitoba’s Court of Queen’s Bench to chief justice of the Supreme Court. Sources, who were not authorized to comment publicly on the normally confidential judicial selection process, said Trudeau was concerned about Joyal's conservative, restrictive approach to the Charter of Rights and Freedoms.

Shortly after Trudeau told Wilson-Raybould he did not support her choice, the sources said Joyal withdrew his name from consideration. Trudeau later appointed Sheila Martin to the high court and named sitting Justice Richard Wagner as chief justice.

The dispute over Joyal suggested Trudeau may have had reasons unrelated to the SNC-Lavalin affair for moving Wilson-Raybould out of Justice. She has said she believes she was shuffled to Veterans Affairs as punishment for refusing to intervene to stop the criminal prosecution of the Montreal engineering giant on corruption charges related to contracts in Libya.

On Tuesday, Trudeau refused to discuss the matter or say whether his office was involved in the leak of information to the media.

Mark Toews, president of the Manitoba Bar Association, said it's "appalling" the reports implied that Joyal's conservative views on the charter could result in him giving rulings "that would undermine the rights of women and the LGBTQ2S community."

"Such a suggestion is entirely improper and indeed false ... Nothing in what he has done throughout his judicial career, nor in publicized comments he has made, could suggest that he is against a woman's right to choose, same-sex marriage or LGBTQ2S rights generally."

MPs on the House of Commons ethics committee also denounced the leak as a breach of the highly confidential judicial appointment process.

Conservative MP Peter Kent called it a "disgusting act of desperation" that he charged could only have come from someone either currently or formerly working in the Prime Minister's Office. He suggested the leak could warrant a separate parliamentary investigation.

"This breach of the confidentiality of what is supposed to be a highly confidential judicial appointment process is serious enough to require an investigation on its own."

Even members of the Liberal caucus were upset by the disclosure, with Liberal MP Nathaniel Erskine-Smith calling it "outrageous."

"Without question, that kind of leak undermines the confidence in the judicial selection process and appointment process and I think people from all parties ought to condemn that kind of thing. Completely inappropriate," he said.

Accusations of a coverup orchestrated by the Prime Minister's Office were once again on the lips of opposition parties Tuesday after they failed to convince the Liberals to let the ethics committee probe further into the controversy.

The Liberal majority on the committee voted down a motion backed by Conservatives and New Democrats that would have seen Wilson-Raybould and former Treasury Board president Jane Philpott testify about the controversy. Philpott resigned from cabinet earlier this month in solidarity with Wilson-Raybould, saying she no longer had confidence in the government's handling of the SNC-Lavalin case.

"The prime minister clearly has something to hide, his story keeps changing, Conservatives will not stop until we get to the truth."

The justice committee last week shut down its investigation into the affair, with Liberal members saying they were satisfied no rules or laws were broken.

In nearly four hours of testimony before the justice committee, Wilson-Raybould last month accused Trudeau, his senior advisers, the top public servant and Finance officials of inappropriately pressuring her last fall to overrule a decision by the director of public prosecutions not to negotiate a remediation agreement with SNC-Lavalin. Such an agreement would have forced the company to pay stiff restitution while avoiding the risk of a criminal conviction that could cripple it financially.

Trudeau has denied anything improper occurred but has been unable to change the channel from the saga that has badly hurt his public image.

During an almost two-hour-long meeting Tuesday, Conservatives and New Democrats urged their Liberal colleagues on the ethics committee to put partisan issues aside and agree to launch an investigation into the affair.

Erskine-Smith, who voted in favour of an NDP motion in February to hold a public inquiry into the matter, said a new probe may only result in going over the same ground covered by the justice committee unless the two former cabinet ministers are granted a complete waiver from cabinet confidentiality to testify.

Wilson-Raybould intends to provide more details of her allegations in a written submission to the justice committee. And the ethics commissioner is currently conducting a separate investigation into her allegations.

Erskine-Smith said if the information that comes forward from these processes do not fully deal with the matter, that might be a more appropriate time for the ethics committee to step in.

When will Canadian lose

When will Canadian lose confidence in this man too? Ms. Wilson-Raybould and Ms. Philpott have integrity. Mr. Trudeau?