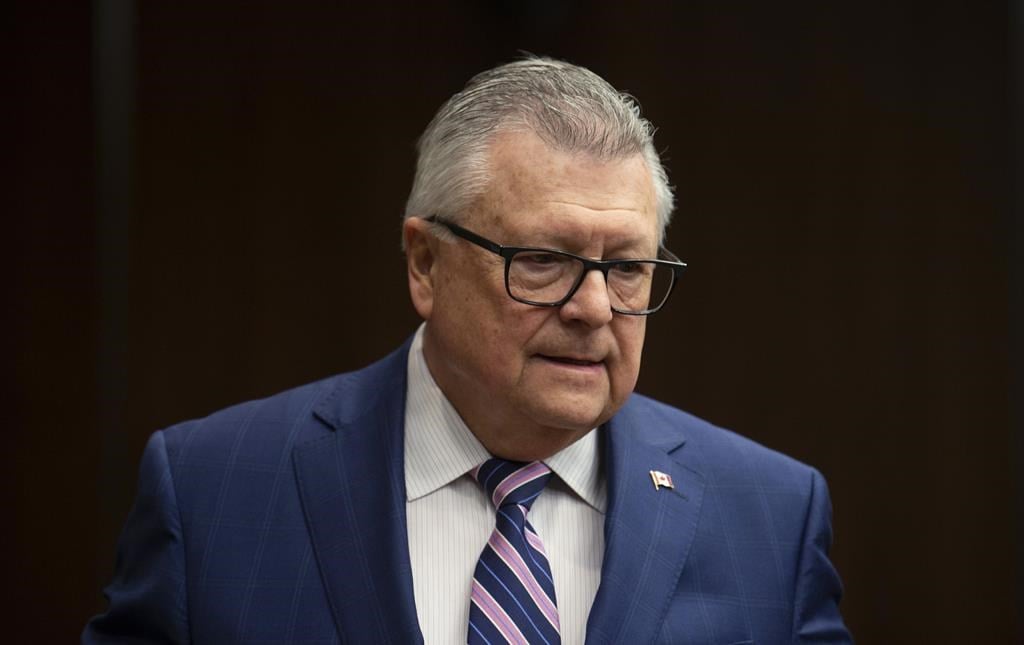 A Canadian group advocating for an independent Sikh state in India says the federal government has put all Sikh Canadians in jeopardy by listing Sikh extremism as one of five major terrorist threats in this country.

The reference was contained last fall in the annual department of public safety report on security threats, and was the first time Sikh extremism was listed.

Gurpatwant Singh Pannun, the legal adviser to Sikhs for Justice, says it has made all Sikhs in Canada at risk of being viewed as terrorists and fear for their own safety.

"They are basically jeopardizing the safety and security of Canadians who are Sikhs," Pannun said.

The group wrote to Public Safety Minister Ralph Goodale and Prime Minister Justin Trudeau this week, asking them to remove the language entirely from the report. They are also starting a letter writing campaign to all MPs, urging community members to start lobbying their local MPs on the matter.

Pannun said the campaign will run up to and through the fall election. He said when Liberals go to Sikhs and ask for campaign donations or votes, they should be prepared to show what they are doing to get the government to end suggestions that Sikh extremism is alive and well in this country.

"To control one's own political destiny, you cannot put Canadian Sikhs at stake," he said.

There are half a million Canadians who identify as Sikh living in a number of ridings, particularly in the Greater Toronto Area and suburban Vancouver, where the issue could play a role in the election results.

When Sikh leaders decried the report following its release last fall, Goodale said he was asking his officials to review the language used to ensure it was clear the threats were limited to specific people and that it wasn't suggesting an entire religion was a threat.

Scott Bardsley, a spokesman for Goodale, said Thursday, there will be more to say about the results of that review "very soon."

He said the report mentions "Sikh (Khalistani) extremist ideologies and movements," but does not say all Khalistanis are extremists.

Pannun, however, said the government hasn't just issued a warning about Sikh terrorism, it has failed to publicly support the push for an independent Khalistan.

Sikhs for Justice is pushing for an unofficial referendum in 2020 inviting Sikhs from all over the world to vote on whether or not an independent Khalistan should be recognized.

"The combination of highlighting the supposed threat of Khalistani terrorists and the notable absence of any public comment on the rights of Sikh sovereigntists sends the inescapable (even if unintended) message that the Canadian Government believes that pro-Khalistan activists are terrorists," Pannun wrote to Goodale and Trudeau this week.

Pannun said Canada can't cite a single example of Sikh violence in Canada other than the 1985 Air India bombing.

The security report says the incidents of Sikh extremism in Canada are "extremely limited," but there is evidence of financial support from some Sikhs in Canada for extremist groups abroad.

The financing concerns echo those raised in 2018 by the Indian government during Trudeau's troubled trip to India. Trudeau signed an agreement with Indian Prime Minister Narendra Modi to combat extremism and listed the same international Sikh extremist organizations mentioned in the Canadian report several months later.

Pannun said he didn't think the security report was damage control for the India trip, for which Trudeau was heavily criticized after wearing expensive Indian clothing and unwittingly inviting to receptions a Canadian man convicted of attempting to murder an Indian politician in the 1980s.