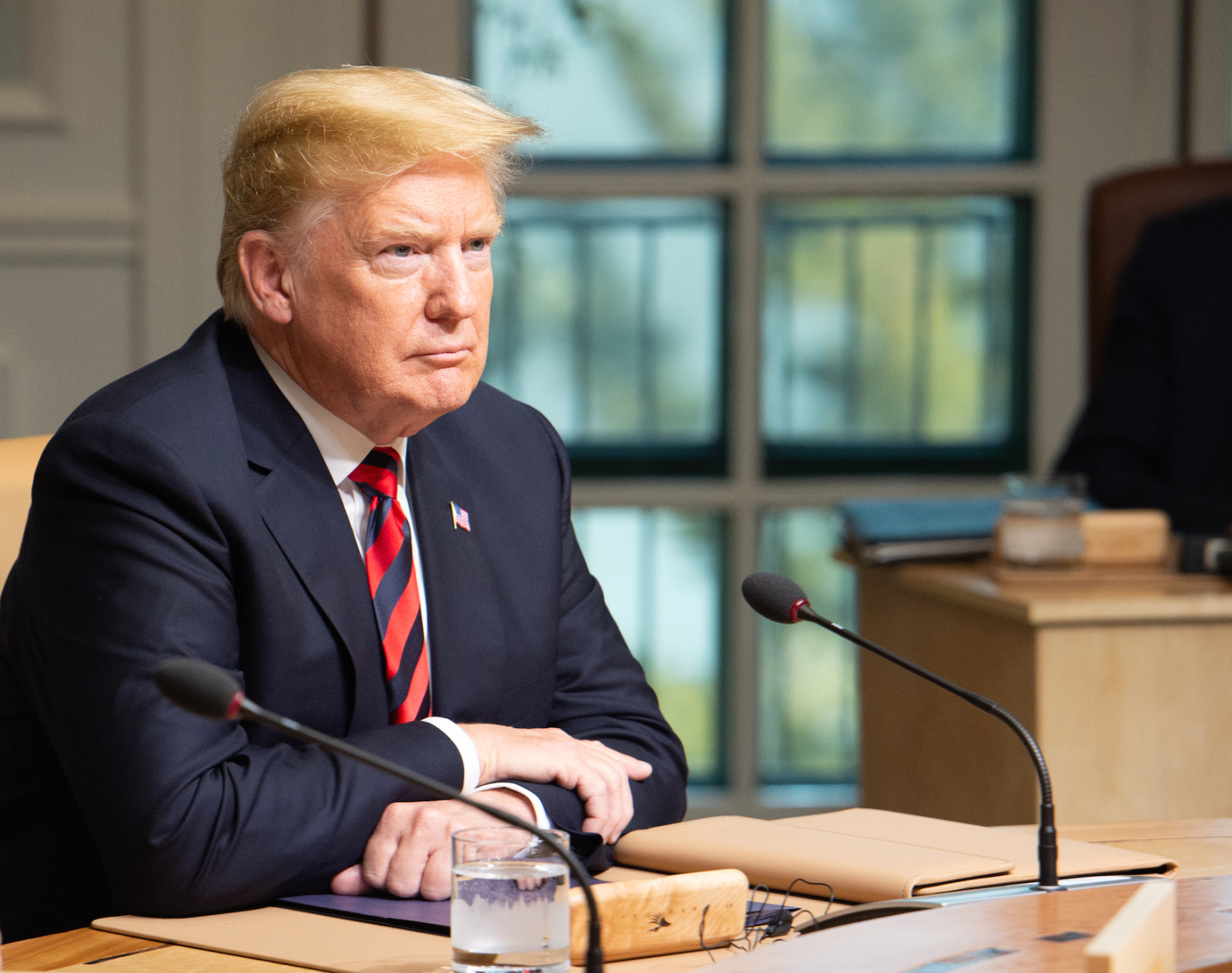 1U.S. President Donald Trump appears to listen to his counterparts at a G7 working session in La Malbaie, Quebec on June 08, 2018. Photo by Fabien Durand, courtesy of the Government of Canada
Previous story
Next story

In case you haven’t heard, there’s a big election coming up in a little over a year. President Trump is preparing to do battle with a crowded field of qualified Democrats. When it comes to hot button topics like jobs and immigration, Trump has got those stump speeches down pat. But a lot has changed since 2016. Climate change has become a top priority for voters and his biggest 2020 challengers have made climate action a cornerstone of their respective campaigns.

Perhaps that’s why Trump’s campaign team might be on the hunt for a list of climate-related victories to champion as the reelection fight draws nearer. Yes, you read that correctly: According to recent reporting from McClatchy, Trump’s 2020 strategy has a climate component.

McClatchy’s Michael Wilner spoke to two people close to Trump’s campaign and got confirmation from a Trump campaign spokesperson that the campaign is “gathering research for an aggressive defense of the president’s climate change record.” Of course, the Trump campaign did its standard about-face in response to the reporting that it had seemingly confirmed earlier, calling it “100 per cent fake news.”

Is Trump warming up the idea of climate action? Not quite.

The White House is still mulling over a plan to establish a national security panel tasked with countering the Fourth National Climate assessment, a climate change report published in November by Trump’s own administration. If Trump decides to approve the panel, it is set to include William Happer, a physicist who once argued that CO2 is good for the planet. When a cold snap descended over parts of the U.S. this winter, Trump took to Twitter to call for some of that “good old fashioned global warming.”

Trump’s two-faced approach to climate change aside, are there any environmental victories his team can legitimately point to?

Here’s one possibility: Trump will tout his alternative to former President Obama’s Clean Power Plan, the Affordable Clean Energy Rule. His plan rolls back regulations on the coal sector, but that likely won’t stop Trump from using it to boost his green credentials.

Or perhaps he’ll emphasize a 2017 EPA report that showed emissions fell 3 percent during his first year in office. But even those numbers don’t tell the full story. “Due to the lag in data collection, that decline occurred during President Barack Obama’s final year in office, 2016, not under Trump,” Politifact said in a fact-check of the EPA’s report. Plus, emissions are on the rise again as of last year.

To his credit, Trump did sign a massive public lands package into law just this year. It had broad bipartisan support in both legislative chambers, though, and not signing it might have been politically damaging.

There could have been hints of a new environmental strategy at the president’s speech at a recent rally in Michigan. “I support the Great Lakes,” he said, and promised to fully fund the Great Lakes Restoration Initiative, funding that his own administration has tried to slash by 90 percent the past two years.

Regardless of how the president decides to portray his record on the campaign trail, here’s what we know for sure: Trump has rolled back, gutted, and slashed environmental protections and climate regulations pretty much every chance he got during his time in office thus far. His penchant for deregulation has touched everything from national monuments, to pristine Arctic wildlife refuges, to the habitat of a particularly snazzy looking bird called the sage grouse. He appointed oil, gas, and coal-loving former lobbyists to run his administration’s biggest environment agencies, and when some of those corrupt officials resigned in disgrace, he appointed equally oily men to replace them.

But don’t worry, y’all. Trump said he has a “natural instinct for science” that will guide him through this whole climate change thing. Phew.