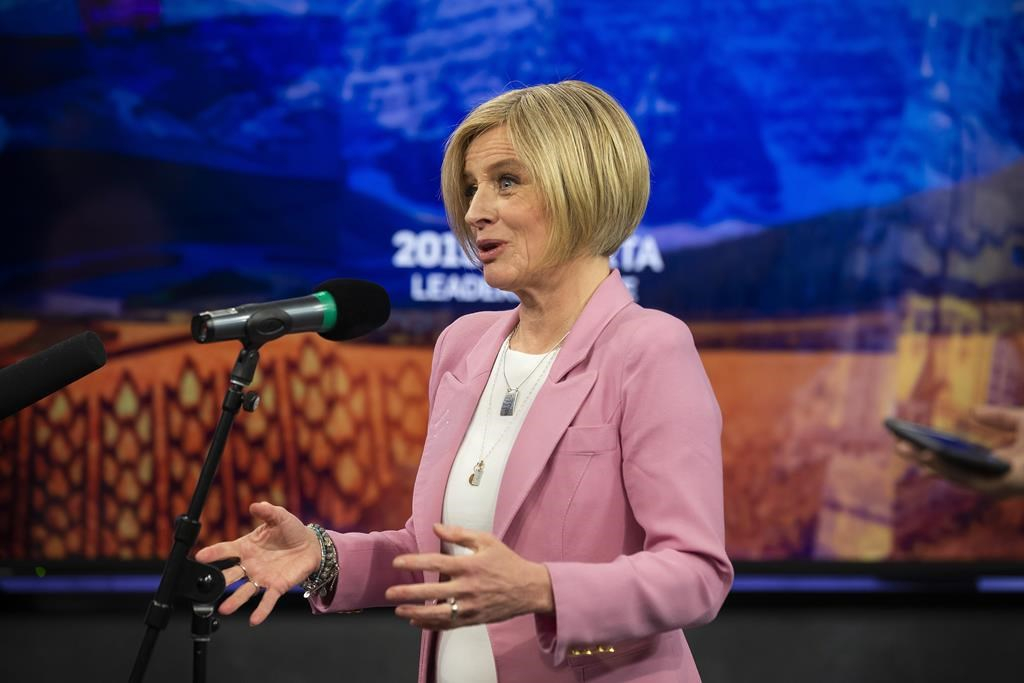 NDP Leader Rachel Notley said she expects Ottawa to approve the expansion by the end of May, while United Conservative Leader Jason Kenney suggested Notley is in a "phoney fight" for pipelines.

In an election campaign stop with energy workers in Edmonton, Notley said the province is closer than ever to getting the pipeline.

"Mark my words: this pipeline will get built," she said. "It has been the fight of my life and I will not stop until the job is done.

"We are this close, this close to getting that pipeline back under construction. In fact, we expect an approval from the federal government by the end of next month."

The National Energy Board endorsed an expansion of the Trans Mountain line on Feb. 22, which started the clock on a 90-day period for the federal government to decide whether the project should proceed.

"To date, our teams have met with over 100 communities and are actively engaging in meaningful, two-way dialogue," she said in an emailed statement. "We are making important progress each week."

Adams said the government is mindful of the time frame for a decision, but is focused on meeting its obligation to consult.

"We must get that right," she said.

"Public opinion is fully behind it," she said. "The recommendations of the NEB have addressed all of the issues ... the position of the industry here and the fact it's paired with an emissions cap in the oilsands — all of these things address all of the critical objections that have been made in the past.

"We've got growing support from Indigenous groups across this province and into B.C. who want in on the pipeline deal."

Notley said about seven in 10 Canadians now support the project because they understand it would support jobs and a strong economy.

She said that if her party were to be re-elected April 16, she would continue to stand up for Alberta's energy industry.

"Our premier is pretending," Kenney said. "The real fight of the NDP's life has been against the pipeline, against energy jobs, against oil and gas."

He suggested the NDP hasn't been genuine.

"They opposed Northern Gateway. They folded on Energy East. They opposed Keystone XL. They did nothing to fight back against all these anti-energy Trudeau policies," he said. "But on Trans Mountain, they are really trying to pull the wool over our eyes about their phoney fight for pipelines."

Kenney said if he were Alberta's next premier, he would immediately bring in "turn-off-the-taps" legislation allowing the province to scale back exports of its crude to B.C. if the government there continued to obstruct the Trans Mountain pipeline expansion.

"We will make it very clear to the NDP government in Victoria that if they continue their campaign of obstruction we will be prepared to turn off the flow of Alberta energy to B.C.'s Lower Mainland."

Kenney said gasoline prices have hit an all-time high of $1.67 a litre in B.C. and he predicted they would remain high if Alberta were to turn off the taps.