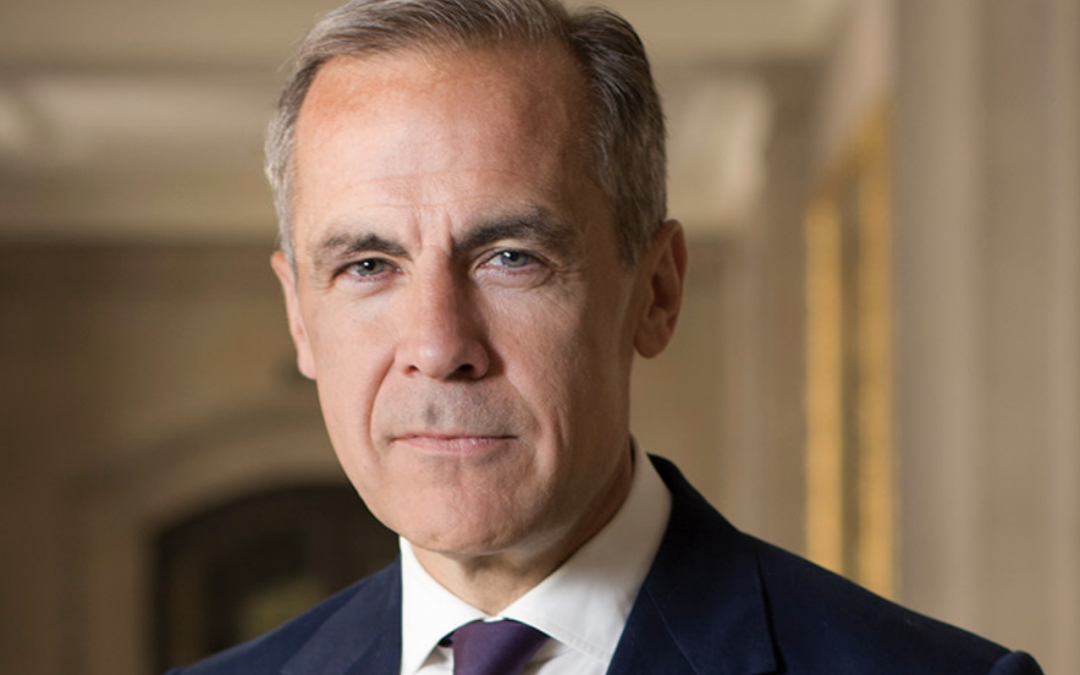 “If some companies and industries fail to adjust to this new world, they will fail to exist,” warned Mark Carney on Wed April 17, 2019. Photo by Bank of England
Previous story
Next story

This spring, Canada’s Expert Panel on Sustainable Finance will deliver its final report to Canada’s Minister of Finance and Minister of Environment and Climate Change. Established a year ago, the Panel was tasked with outlining steps the Federal Government can take to reduce climate-risk exposure in Canada’s markets and financial institutions.

With the news this month that Canada is warming twice as fast as the global average, never has the need for tackling climate change been more urgent. In addition to our country being particularly vulnerable to the physical risks of climate change, the nature of our capital markets leaves us exposed to both risks and opportunities inherent in a global energy transition away from fossil fuels. Canada must be proactive in preparing for climate change transitions and factoring climate risk into our markets.

Work is taking place around the world to address climate risk in financial markets. The Bank of England and the European Central Bank are outspoken on the threat that climate change poses to the international financial system. The U.K. has made clear its intention for London to become the global hub for sustainable finance, and the Bank of England intends to release climate-change guidelines that outline expectations for banks, insurers and investment companies.

In March, the European Parliament and European Union countries agreed to rules requiring money managers, insurance companies, pension funds and investment advisers to integrate environmental, social and governance factors into their portfolios and disclose how they do so.

The final report from the G20’s Task Force on Climate Disclosures (TCFD), released in 2017, recommended that financial disclosures related to climate risk be part of a company’s annual financial filings. The report identified the need for companies to disclose their strategies for, and how they will be financially impacted by, efforts to limit global warming to below two degrees as set out in the Paris Climate Agreement.

Next year, TCFD-based reporting will become mandatory for the 2,250 signatories to the Principles for Responsible Investment, which collectively represent global institutional investors with US$83 trillion in assets.

Unfortunately, Canada lags behind other countries in some important areas. The Expert Panel released an interim report last fall outlining the challenges and opportunities for sustainable finance in Canada. Key areas for action included the need for effective climate-related financial disclosures, clear interpretation of fiduciary and legal duties, a knowledgeable support ecosystem and relevant and consistent financial regulation.

The forthcoming report from the Expert Panel is an opportunity to put forward a plan to bring Canada’s financial systems into the modern age when it comes to climate risk.

We will be looking for an unambiguous recommendation that Canada’s Office of the Superintendent of Financial Institutions (OSFI) require all financial institutions under its supervision — including the Big Five banks and insurance companies — to report publicly on an annual basis on how they are implementing the TCFD recommendations.

Further, the Expert Panel should recommend that the Toronto Stock Exchange build on its recent move to join the UN Sustainable Stock Exchange initiative and require companies listing on the TSX to comply with the TCFD recommendations.

Whether they’re individuals saving for retirement or multibillion dollar pension funds, Canadians are heavily invested in Canada’s economy. Efforts to limit greenhouse gas emissions to below two degrees will impact not just Canada’s energy sector but industries like manufacturing, finance, transportation, and agriculture. Canadian investors deserve to know that their savings are invested in companies that recognize the threat of climate change and are prudently preparing for the transition to a low-carbon economy.

Just last month, the Bank of Canada announced it is joining the Central Banks and Supervisors Network for Greening the Financial System, an international organization that promotes best practices in managing climate risk. The Bank is also building climate-related risks into its financial system review process. These are important steps, but more needs to be done.

Without meaningful action on climate risk, Canada risks falling further behind our global peers. The Expert Panel notes that the relationship between the economy and the environment is at a “critical inflection point.” Let’s hope the Expert Panel on Sustainable Finance’s final report sets out a path to bring Canada’s financial institutions and capital markets into the new climate reality.

Canadians, and their institutions have always had a reputation for being risk averse - something of an insult in many parts of our world.
Now is the time to turn risk aversion into a positive strategy. Instead of standing pat with the sinking ship of fossil fuel dependence it is time for us to break the chains and forge a better path than the old "hewers of wood, haulers of water", role our former colonial masters assigned us. Rise UP Canada!

Thank you for this article on

Thank you for this article on some steps Canada is taking toward sustainable finance. The TCDF proposals are aimed at improving the existing private banking system and central banks response to climate change. What is required, as formulated in many Green New Deal platforms in the U.S. and Europe, is more radical - a call to include public banking. Given how vested the private banking system, particularly in Canada is in the fossil fuel economy, public banking is necessary to facilitate not just the infrastructure transition necessary to achieve a zero carbon economy, but to ensure its local social inclusivity. I do hope to see you cover this aspect of sustainable finance soon.

How do you deal with tar sand

How do you deal with tar sand Expansion Politicians who misrepresent the facts regards national GDP of the tar sands,threaten to separate Alberta from the rest of Canada and ignore the IPCC report on the gravity of climate collapse, perhaps the rising youth movement ,Our Time, can challenge them in the court of public opinion?