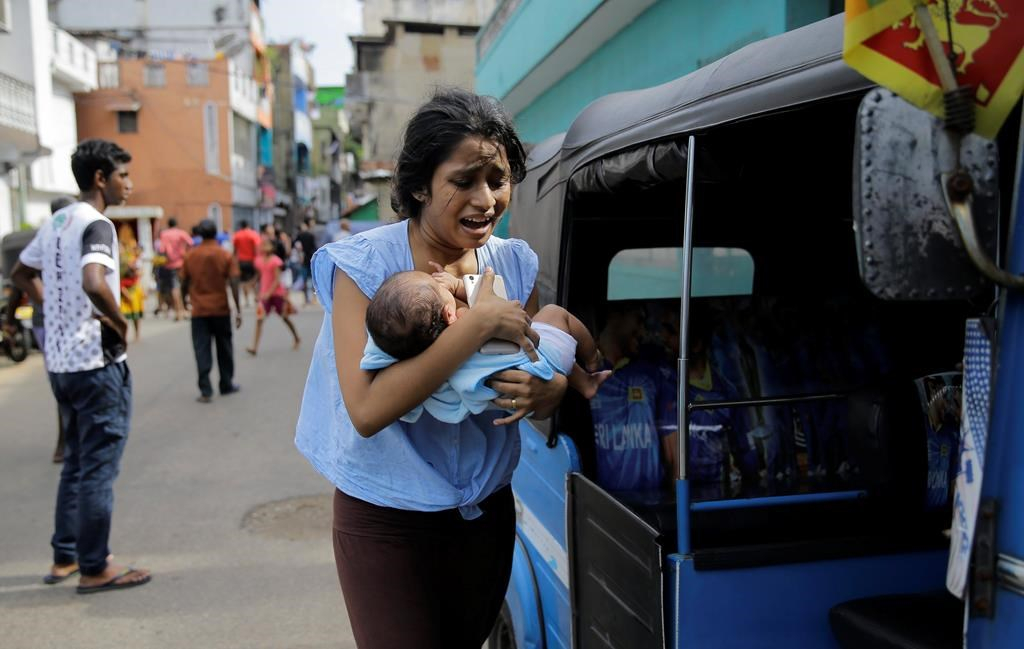 A Sri Lankan woman living near St. Anthony’s shrine runs for safety with her infant after police found explosive devices in a parked vehicle in Colombo, Sri Lanka, on Monday, April 22, 2019. Photo by Eranga Jayawardena for AP
Previous story
Next story

Canadians in Sri Lanka are being warned to exercise a high degree of caution after a series of bombings on Sunday killed nearly 300 people, including dozens of foreigners.

Global Affairs Canada says in a travel advisory posted to its website that the situation in Sri Lanka remains volatile, with the risk of further attacks throughout the country.

Local authorities have imposed a curfew and temporarily blocked access to social media and messaging apps, suggesting communications into and out of the country could be difficult.

The bombs ripped through churches and hotels in the cities of Colombo, Negombo and Batticaloa as the island nation's Christian minority was celebrating Easter Sunday.

Sri Lankan and U.S. officials say they suspect the co-ordinated series of bombings was launched by Islamic extremists, though no group has claimed responsibility.

There are no reports of Canadians among the estimated 39 foreigners killed in the explosions.

Apparently this is retribution for the Muslim killings in New Zealand. What a world we exist in.
https://www.msn.com/en-ca/news/world/sri-lanka-easter-bombings-retaliati...