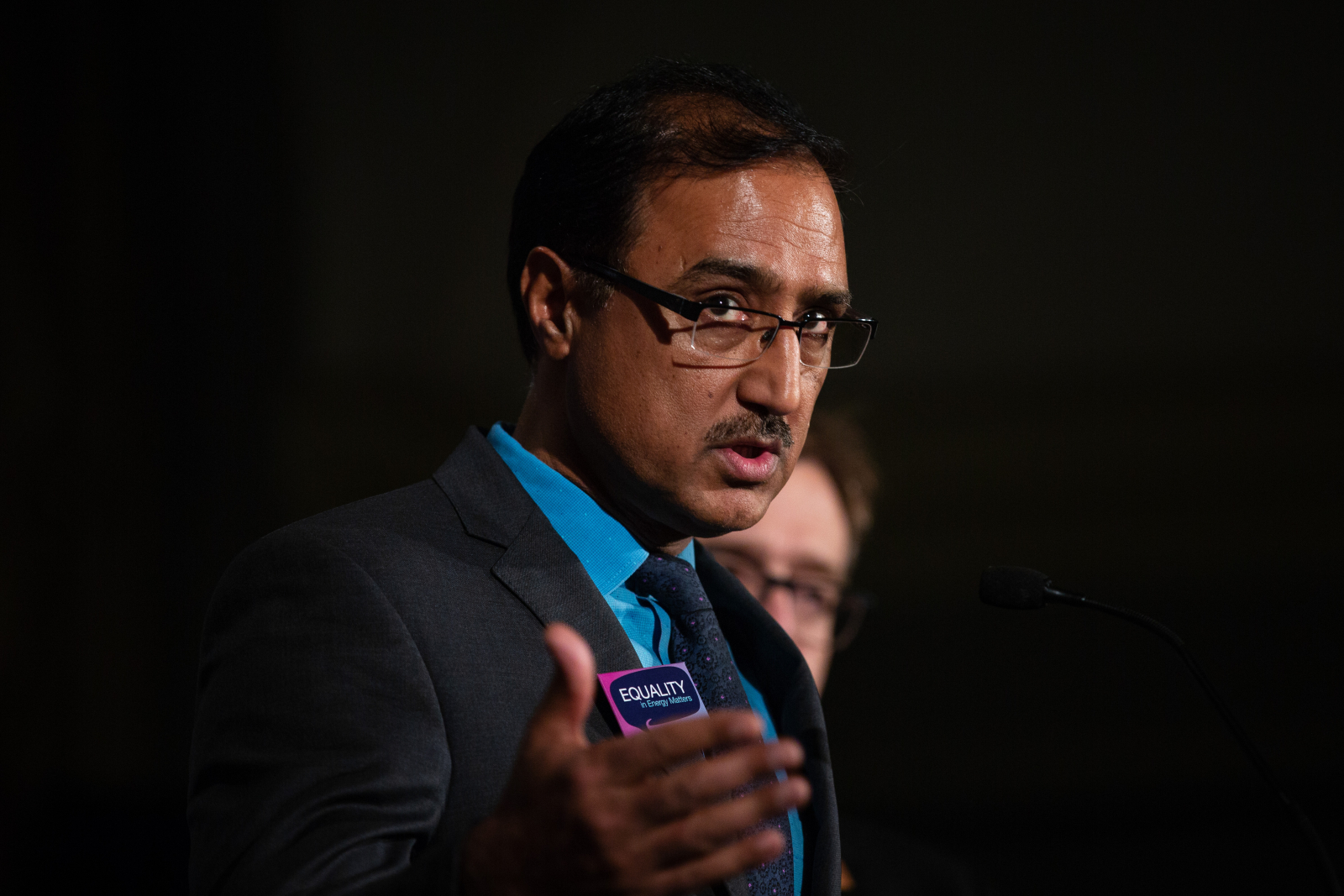 Natural Resources Minister Amarjeet Sohi says Edmonton Griesbach ​​​​​MP Kerry Diotte threatened to sue him for calling on Diotte to apologize for his connections with a known white nationalist.

In an April 30 tweet, Sohi wrote that at an event on Parliament Hill, "Diotte told me he’s not afraid to sue me for tweeting that he praised and stood shoulder to shoulder with white nationalist Faith Goldy. It’s the same tactic he used with several (University of Alberta) students."

Diotte, an award-winning journalist who also served on Edmonton city council with Sohi, has given positive shout-outs to Goldy on his Twitter account at least twice.

The Conservative MP posted an image on Feb. 23, 2017 of himself and Goldy at a Manning Centre Conference, one month after the Quebec mosque shooting which saw a white nationalist kill six men, saying the two had a “great chat,” and thanking her for “making the media great again.”

This interaction came less than a month after Goldy posted a video for The Rebel from Quebec City, after the January 2017 terrorist attack, that questioned whether local police and media were misleading people about the shooter being a far-right extremist who acted alone. In her video, she also singled out one of the Muslim victims, appearing to cast doubt on whether he was also a suspect.

Diotte had also posted an image with her on May 27, 2016 at a Vancouver Conservative convention.

Goldy ran in the last Toronto mayoral election in 2018 and finished third with about 25,000 votes. She is also a white nationalist who has criticized Muslims several times and was fired from the far-right media website, The Rebel, in August 2017 after she praised other white nationalists at the deadly Charlottesville neo-Nazi protest, and later appeared on a podcast affiliated with a neo-Nazi website. She has previously uttered what are referred to as the 14 words, "we must secure the existence of our people and a future for white children"

On April 8, after Goldy and and others involved in "organized hate" were banned from Facebook and Instagram, Sohi asked Diotte on Twitter if he would "finally do the right thing, condemn Faith Goldy and her racist views, and apologize for standing shoulder to shoulder with her?"

The news that Diotte threatened to sue Sohi for this comment comes the same day he settled a libel lawsuit against a University of Alberta student newspaper for running articles that criticized Diotte for posing with Goldy. According to Toronto Star Edmonton, Diotte filed a statement of claim against The Gateway Student Journalism Society about the offending articles on Nov. 19.

In a statement, the student newspaper apologized and retracted said it was false to describe Diotte as a racist, admitting it had damaged his reputation, causing him and his family unwanted embarrassment.

"I'm glad that my lawyer and theirs could come to a mutually agreeable solution without a protracted court fight," said Diotte in a statement posted on his website. "I'm a strong believer in free speech but it's important to remember that there are legal lines that can't be crossed. Those legal lines against libel apply whether you're a mainstream journalist, a blogger or a commentator on Twitter."

In his April 30 tweet, Sohi wrote that he would not back down. "I’ve always stood up against racism and hatred and I stand by my call for Diotte to apologize for praising and standing shoulder to shoulder with Faith Goldy," Sohi wrote.

(2/2) But I’m not going to back down. I’ve always stood up against racism and hatred and I stand by my call for Diotte to apologize for praising and standing shoulder to shoulder with Faith Goldy. #yeg #cdnpoli

Sohi has previously accused Conservative leader Andrew Scheer of failing to condemn hateful messages when he appeared at the United We Roll convoy on Parliament Hill in February. The convoy travelled from Red Deer, Alberta with the goal of raising "awareness for the oil and gas industry" and opposing Trudeau government environmental initiatives and Canada’s participation in a non-legally binding UN migration pact. But, the group includes people with some extreme anti-immigrant and racist views.

At the rally, Scheer failed to denounce the extreme elements at the rally, instead saying that he was standing with them and backing their fight.

"I think Mr. Scheer had the opportunity to...clearly say there, ‘Yes I support energy sector workers, but I denounce some of the hatred and bigotry and racism that has been displayed on some of those trucks. He missed that opportunity — I think it’s very unfortunate,” Sohi told National Observer in an interview Feb. 26.

“I think it is wrong. It’s not the right thing to do, for any leader, to be out there, and seeing the kind of slogans that were there, that were obviously racist and anti-immigrant, and trying to create fear, and seeing those and being there, as a leader of the official Opposition and not taking the opportunity to denounce, that is something that I find goes against the values that Canadians hold, very dear to them.”

Scheer and Diotte run the

Scheer and Diotte run the risk of being considered National Socialist apologists (also called Quislings, or Vichyites, or collaborators) who refuse to even consider how their pandering to fear and the hatred that arises from it is stoked by their tolerance of brownshirt or yellow vest activists who can fall off the edge sounding like nazi thugs.