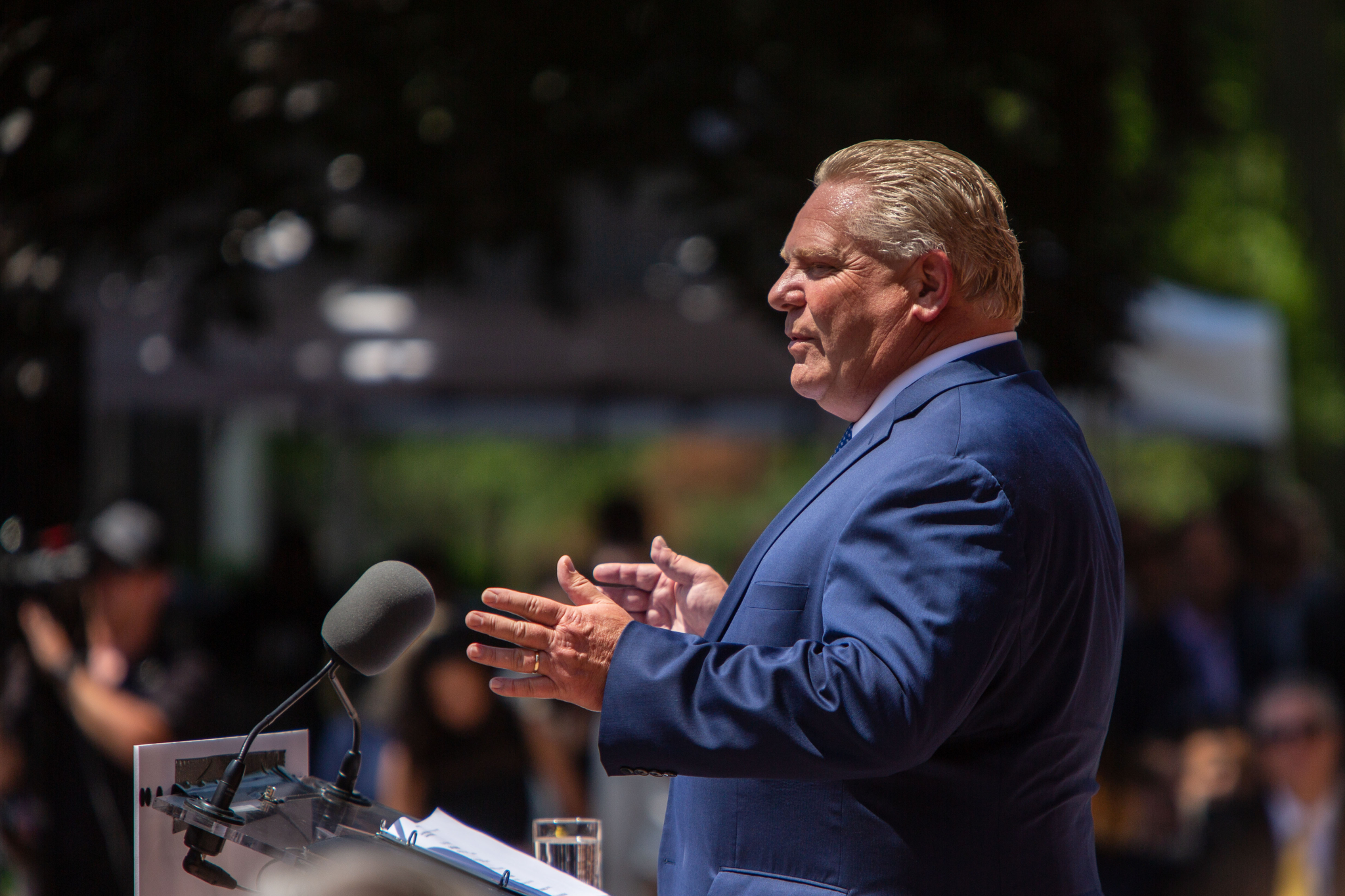 The termination of Ontario’s compensation program for victims of violent crime, the Criminal Injuries Compensation Board, was announced in Conservative Premier Doug Ford’s government budget in April.

The Conservatives are reducing pain and suffering awards for victims from a longstanding maximum of $25,000 to $5,000 through an imminent regulation. However, it is not too late to stop them from destroying altogether such a critical, and modest form of support for victims of violent crime, to help us rebuild our lives as much as possible.

I say “us” as everyone reading this article, every member of the legislature, or our families could experience the profound impact of a sexual assault, a robbery at our business or home, being shot while having an ice cream or run over while on a lunch break, witnessing a loved one murdered, or being left for dead on a street. The devastation caused by such violence is worthy of a helping hand from the public. With more mass violence in our communities, we need this compensation program more than ever.

Among the reasons the Conservatives provide for this cut is the removal of an unnecessary barrier for victims seeking compensation. They say the Board takes too long to provide compensation, an opinion based on a negative 12-year-old report about the Board by the Ontario Ombudsman. The government indicates destruction of the Board will save $23 million in 2021-22 and that $6 million will be put back into an “enhanced” compensation program run by bureaucrats rather than publicly-appointed adjudicators.

The government spin indicates this decision is a good thing for victims of crime in Ontario. It is the opposite.

Many victims will not be eligible for any funds

The only way the Ontario Conservative government is going to save money on the backs of victims will be to no longer fund the vast majority of those currently eligible for compensation, and to drastically reduce or eliminate pain and suffering awards and ongoing periodic awards, even for those catastrophically injured.

The decision to terminate this program will result in most victims of sexual assault, domestic violence and childhood abuse not even being eligible for funding.

Government spin indicates this decision is a good thing for victims of #crime in Ontario. It is the opposite, says Christie Jefferson. #Ontpoli

Given the lack of official justice documentation for these victims, it has been necessary to have a specially trained publicly-appointed adjudicator consider the evidence presented by such an applicant to determine whether they should be compensated with public funds. A bureaucrat-run compensation program will most likely require at least police contact. Accordingly, terminating the Board will likely result in termination of compensation for these victims.

There are many reasons that victims do not report an incident to the police. Among them are fear of retaliation by the abuser, the failure of the criminal justice system in getting convictions, the possibility of being revictimized in court, and the effects of the trauma so profound that the person cannot get out of bed or leave their apartment.

Those who are eligible will receive far less

For those victims who would remain eligible for compensation due to police contact, there will also be far less compensation awarded, even for those catastrophically injured. Even in incidents involving multiple victims, such as the van massacre in Toronto last year, these individuals as well will likely no longer be eligible for pain and suffering compensation or ongoing assistance through periodic awards.

The Board has been able to help each person affected by these mass incidents, including direct victims, helping relatives raise the children of deceased victims ( up to $365,000 paid $1,000 monthly maximum), and to compensate people who are not paid first responders but helped victims and suffered shock.

Following the 2007 report by the Ombudsman, the then Ontario government responded to criticisms that the Board was being starved of resources, and increased the number of Board members and staff support. The Board took steps to dramatically reduce how long it takes for a victim to receive compensation, to less than one year from three years.

Many victims receive compensation within three months of applying, and interim support for therapy and medical expenses takes a matter of days from receipt of an application. Administrative costs have been reduced to a minimum through a number of innovations, including streamlining the application process by dedicated staff specially trained in trauma. More improvements were planned.

The Board has been awarding between $38 and $40 million in compensation annually to approximately 4,000 victims of violent crime, and the cost for administration, including per diems for part-time adjudicators, is under $5 million and dropping each year. The Board is an efficient, cost effective way to provide compensation to victims in a timely, non-bureaucratic manner. As the adjudicators awarding compensation are contracted part-time appointees with no benefits, the Board costs the public far less than hiring additional permanent government employees.

The slashing of funding for victims of violent crime means that the Conservative government is abandoning victims in Ontario.

Christie Jefferson was the Vice Chair of Criminal Injuries Compensation Board until recently, after serving 10 years as an adjudicator on the National Parole Board. She is a criminologist who has been an executive director of various charities including the Women’s Legal Education Fund (LEAF) and the Canadian Association of Elizabeth Fry Societies, as well as Chair of the Ontario Health Professions Regulatory Advisory Council.

Like Trump, Ford no doubt considers victims of violent crime as "losers" who don't deserve compensation. The wealthy and entitled naturally think that way. I wonder if the founders of Apotex thought like that before they were murdered. The family they have left behind will no doubt not require public assistance - but that doesn't make them "winners".