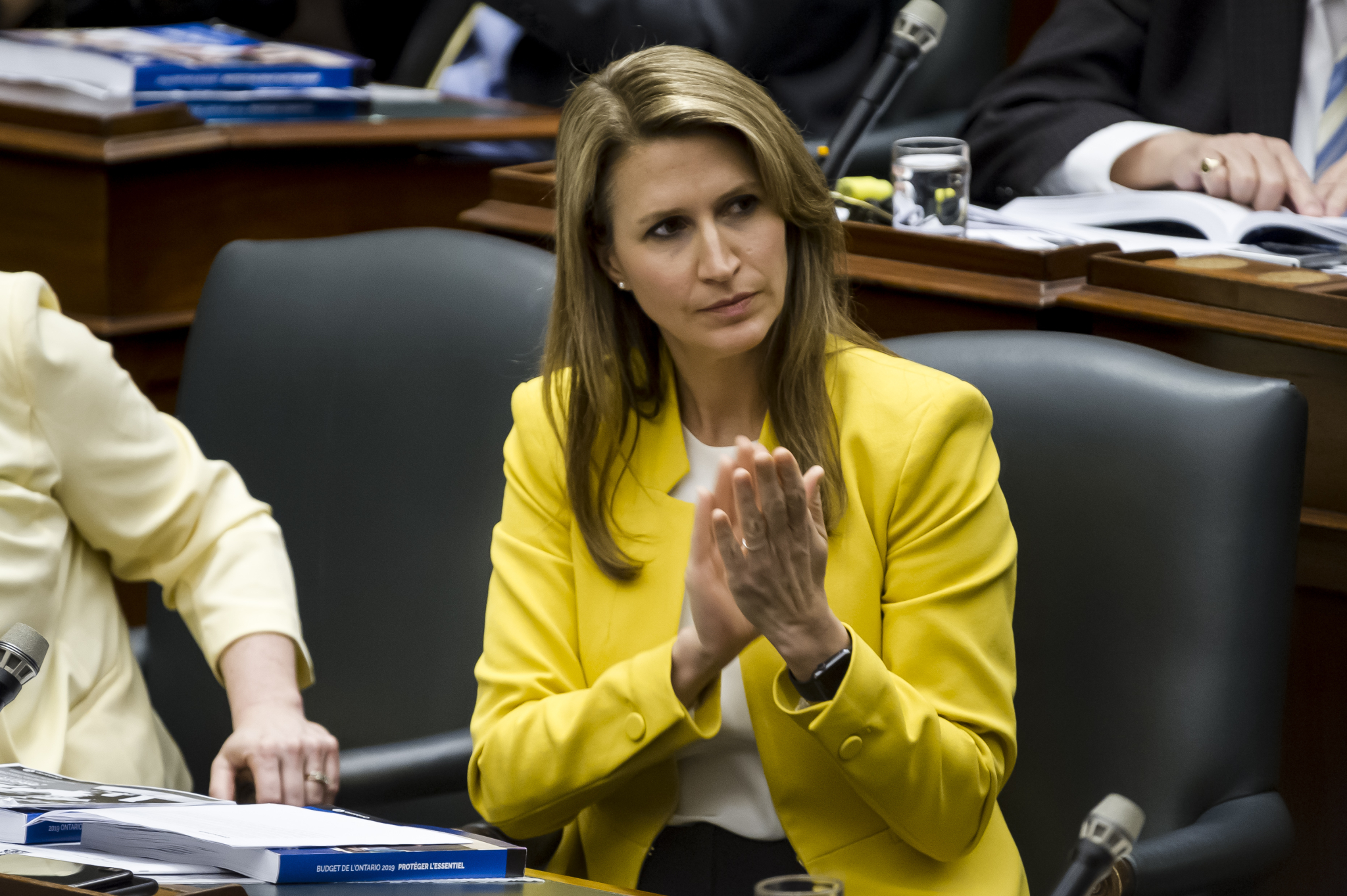 Legal Aid Ontario has stopped accepting new immigration and refugee clients after the Doug Ford government delivered the largest cut to the organization in two decades.

The agency has stopped all funding for new legal services for immigration and refugee clients, except for the preparation of asylum claim forms, the organization's CEO David Field said in an email released April 15 and obtained by National Observer.

Legal aid agencies help people who can't afford legal representation. Legal Aid Ontario (LAO), an independent agency of the government created in 1999, covers family and criminal law, which represent the majority of its costs, as well as immigration and refugee matters where an individual’s Charter rights are in question.

An individual must earn below $17,731 a year to qualify for legal aid at any one of Ontario's 73 community clinics and seven university-based clinics.

LAO will see a 30 per cent cut in its budget this year, or $133 million of $456 million. The province said April 11 it was “streamlining the delivery of legal aid to promote long-term sustainability," and, in doing so, saving $164 million on legal aid spending each year starting in 2021.

Ontario Attorney General Caroline Mulroney outlined the funding changes in a letter to Field dated Friday, that said the province expects the federal government to fully fund immigration and refugee law services for cases before federal tribunals or in federal court.

“However, my ministry is eager to work with you to modernize the way these services are provided within federal funding levels, and we are amenable to LAO utilizing current provincial resources to transition to a system that is sustainable solely on federal funding,” she wrote.

Field is preparing to hold public consultations to assess ways the office can continue serving the province's low-income population with federal funding, and receive feedback on the interim measures.

Provincial funds had earmarked about $45 million for immigration and refugee matters this year. The Ford government also announced in the budget that LAO would no longer be able to use this funding moving forward.

LAO, which is a corporation under the Legal Aid Services Act, will now have to work within its federal budget allocation of between $13 million and $16 million for all refugee-related services, although LAO is permitted to use provincial dollars for transition costs.

In the email that was sent Monday to legal aid staff, Field said LAO's projected costs for 2019-20 refugee and immigration certificates and staff services were between $30 and $34 million prior to the provincial budget.

LAO is projecting a deficit of approximately $53 million this year, "a significant challenge that we will need to address and will require some tough choices," Field wrote.

"However, we now know that we do not need to bridge the gap of the full $133 million."

To do so, Field said the consultations will be held to figure out "these interim measures and ways to reduce costs, while providing high-quality service to as many clients as possible."

"The consultations will also help us determine which services to resume should federal government funding increase for refugee legal aid in Ontario, as well as provide feedback on the interim measures."

Neethan Shan, interim executive director of the Urban Alliance on Race Relations, said in a joint statement with members of The Colour of Poverty-Colour of Change grassroots campaign that Ontario’s legal aid system "is regarded as one of the best in the world."

"The cut announced by the Ford government is by far the most significant blow to the system that the province has ever seen,” wrote Shan.

In the interim, Field said LAO will honour refugee and immigration certificates already issued, which Field stressed the importance of in his memo.

“The Basis of Claim form is the first, and often most important, stage in the refugee process as it sets out a refugee claimant’s story and their reasons for leaving their country of origin, and sets out the legal case for their refugee claim,” Field wrote.

“Basis of Claim preparation is the highest priority service and provides a strong foundation for clients to be successful in their claims.”

LAO has issued 580 certificates since April 1. Last year, it issued 16,181 in total, and had anticipated handling up to the same amount this year. Effective Tuesday, LAO will only issue new certificates for Basis of Claim form preparation, and will suspend issuing any new certificates for Ontario immigrants and refugees.

“They often arrive in Canada with nothing and do not have the ability to represent themselves in Canada’s refugee determination system. They often don’t speak English and can be traumatized, yet they are immediately faced with a complex legal system,” they stated.

In his memo, Field also noted that LAO’s staff offices in Toronto, Hamilton and Ottawa will focus on filling gaps in services across the province, especially in cases involving "vulnerable and detained refugees."

“A wrong decision on their case could result in failed refugee claimants choosing to remain in Ontario without legal status due to serious fear of returning to their country. A wrong decision could result in a claimant returning to a country where they are at a severe risk of harm. Refugee claimants will seek alternative ways to pay for counsel and are at risk of exploitation,” said the legal associations, which have launched an online petition to ask the province to reverse the cuts.

The cuts to Legal Aid are cruel.

In a statement, Laura Mae Lindo, the NDP critic for citizen and immigration services, said the cuts were indicative of "the Ford government’s cruel abandonment of people seeking asylum from war and persecution."

"The cut makes it virtually impossible for vulnerable Ontarians to seek legal recourse when someone hurts them, steals from them or tramples on their rights," she said. "No one should be denied justice because they don’t have the money to pay for a lawyer. Ford’s callous cut drags our society backwards, and puts countless people at risk.”

Ontario’s budget change comes amid a provincial cost-saving plan that will see broad changes across the justice sector. The province's budget said it expects to spend two-per-cent less on the justice sector between 2019 and 2022 through modernizing efforts. such as combining tribunals and digitizing juror selection, in-custody court appearances and evidence collection.

The provincial government also plans to remove the Compensation for Victims of Crime Act, which provides financial help to victims of violent crime.

The Criminal Injuries Compensation Board assesses financial compensation for victims and family members of those who have been injured or killed in a violent crime. The maximum lump sum award for these victims is $25,000.