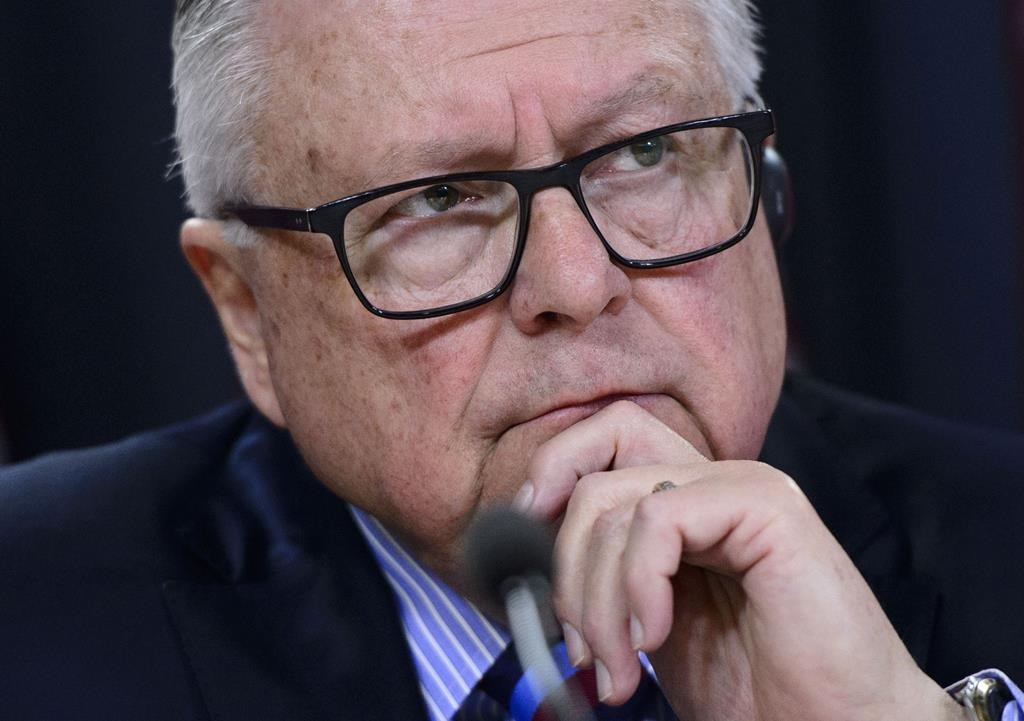 Public Safety and Emergency Preparedness Minister Ralph Goodale responds to the 2019 Spring Reports of the Auditor General in Ottawa on Tuesday, May 7, 2019. File photo by The Canadian Press/Sean Kilpatrick
Previous story

Public Safety Minister Ralph Goodale is disputing claims that a bill to end solitary confinement in Canada's prisons is merely "linguistic trickery" that maintains the practice under a different name.

There will always be a need to separate some inmates from the general prison population, for their own safety and that of other prisoners and guards, he said. But he maintained the bill would do so in a much more humane way than occurs now.

Currently, inmates are confined to their cells for up to 22 hours a day "with little or nothing in the way of meaningful human contact or rehabilitative programming," Goodale said.

By contrast, under the legislation, he said inmates confined to structured intervention units would get twice as much time out of their cells and at least two hours of meaningful human contact every day. As well, they'd have access to mental-health care, rehabilitation programs and other intervention services not available to segregated prisoners now.

"That's not a minor change. It's pretty fundamental," Goodale told the Senate's social-affairs committee, which is studying the bill.

The bill was introduced in response to recommendations from the coroner's inquest into the 2007 death of Ashley Smith, a 19-year-old who strangled herself in her segregation cell while guards, accustomed to her history of self-harm, looked on. She'd been transferred among several institutions but had been in segregation units for more than 1,000 days.

Goodale's defence of the bill was aimed particularly at one committee member, independent Sen. Kim Pate, a former prisoners' rights advocate with the Canadian Association of Elizabeth Fry Societies.

Pate has called the bill "a cynical exercise" in rebranding the "cruel" practice of solitary confinement. And she's argued that it would actually make it easier to put an inmate in segregation and to leave them there.

During Wednesday's committee hearing, Pate questioned why the government has chosen to invest $450 million in creating "new forms of separation" for prisoners rather than rehabilitation and other programs that will have more long-term benefit.

But Goodale said currently the decision to put a prisoner in segregation is up to the warden, a decision reviewable by people named by the warden who can only make non-binding recommendations. By contrast, the bill would create an external, independent oversight body empowered to monitor the use of segregation and make binding orders that must be followed.

"If an inmate's conditions in (a structured intervention unit) start becoming too much like old segregation, there will be a binding, external, oversight system in as little as five days," he said.