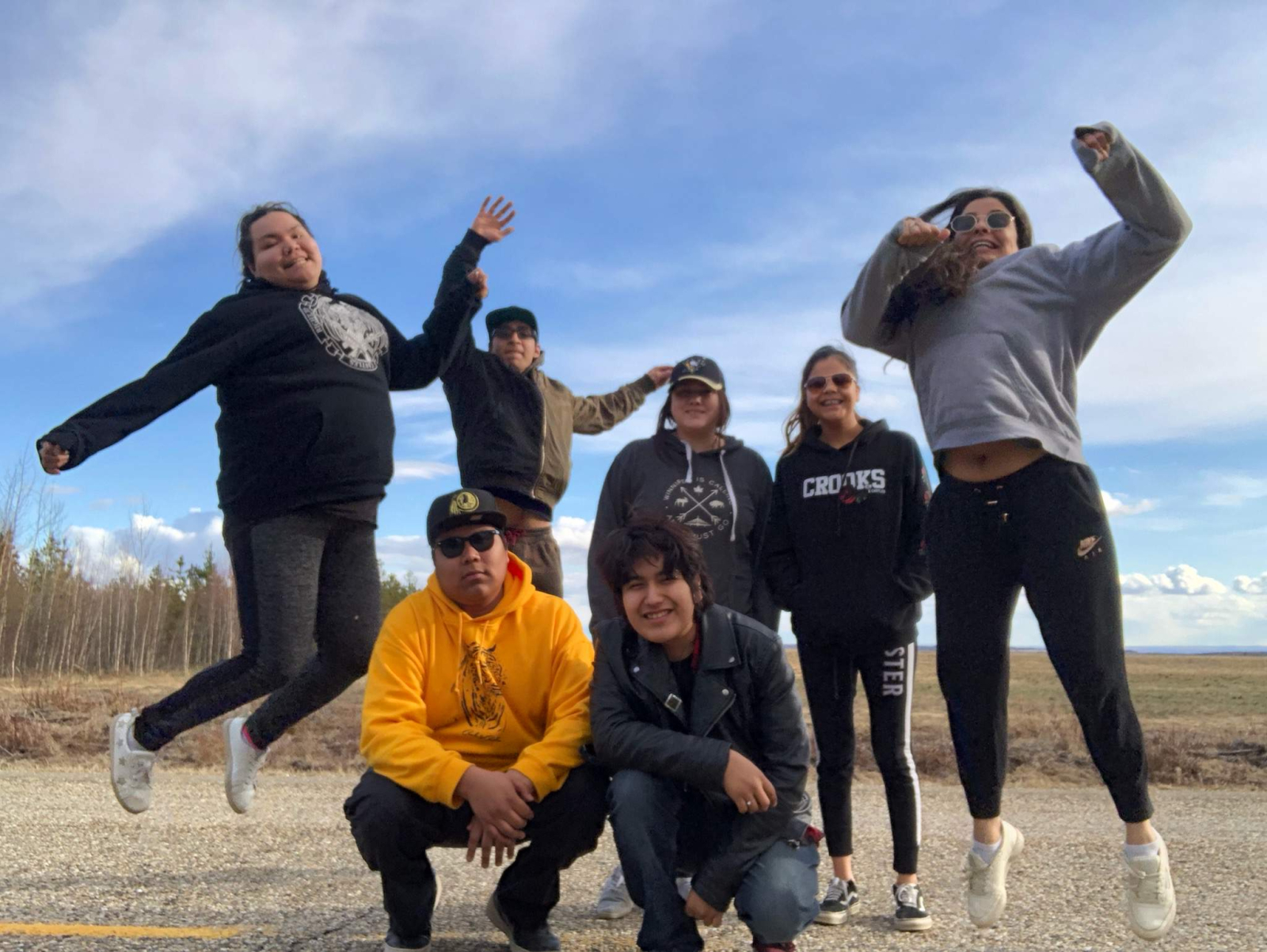 Many people turn to Jaylene Delorme-Buggins as a role model and mentor.

She remembers speaking with a 13-year-old girl whose brother had killed himself four months before the girl was born. The family had named the girl after her brother, but they struggled to speak her name as she grew up in northern Manitoba.

The girl's story, recounted as part of a sharing circle session, is one of many that the 25-year-old Yellowknives Dene and a team from Hamilton, Ont.-based youth empowerment group Live Different have heard over the last few months.

The team spent February, March and April driving to communities and visiting First Nations schools across the prairies. They made their way to British Columbia, where they visited public school students, and are visiting more in southern Ontario as they head back east.

Their mission is to spread a message of hope. Mary Anne Roy, Live Different’s manager of Indigenous programs, says these communities have some of the highest suicide rates in Canada.

At one school, recalls Delorme-Buggins, there had been several students who had committed suicide by the beginning of the school year. Her team ended up referring 10 students over two days to a guidance councillor.

“We have students that really open up about struggles they face — maybe it’s their own struggle with suicide, or suicidal ideations. Sometimes it’s addictions, or feeling lost and hopeless, or even at times abuse,” said Delorme-Buggins, in an interview on April 29 from Fort St. John, B.C., where she was visiting North Peace Secondary School.

“Personally I’ve come across quite a few students that have struggled with suicidal ideation, and maybe a handful that are still struggling with it.”

Indigenous Services Canada says First Nations youth experience suicide rates five to seven times higher than non-Indigenous youth, and rates among Inuit youth are "among the highest in the world, at 11 times the national average."

Canada is the only G7 country without a national suicide prevention plan, NDP MP Charlie Angus has argued.

"We lose 4,000 people every year to suicide, and each one of those deaths hits communities and families like a shock wave of grief," he said in the House of Commons on Wednesday.

Parliamentarians voted unanimously in favour of his motion to create such a plan on Wednesday evening. M-174 received 278 votes with no nays.

It also calls for "national guidelines for best practices in suicide prevention," as well as a "national public health monitoring program" for the prevention of suicide, new tools for media to report on suicide responsibly and safely, an online information hub, and other elements like analyses of high-risk groups and an annual report to Parliament.

Dan Vandal, Parliamentary Secretary to the Minister of Indigenous Services, told the House on May 2 that the Trudeau government was pleased to support the motion, "which provides an opportunity to build on efforts already under way to advance suicide prevention in Canada."

The government's 2019 budget commits $50 million over 10 years to support the Inuit suicide prevention strategy developed by Inuit Tapiriit Kanatami, he noted, as well as $1.2 billion toward Jordan's principle that is supposed to ensure First Nations children receive mental health care like suicide intervention and prevention and counselling services. 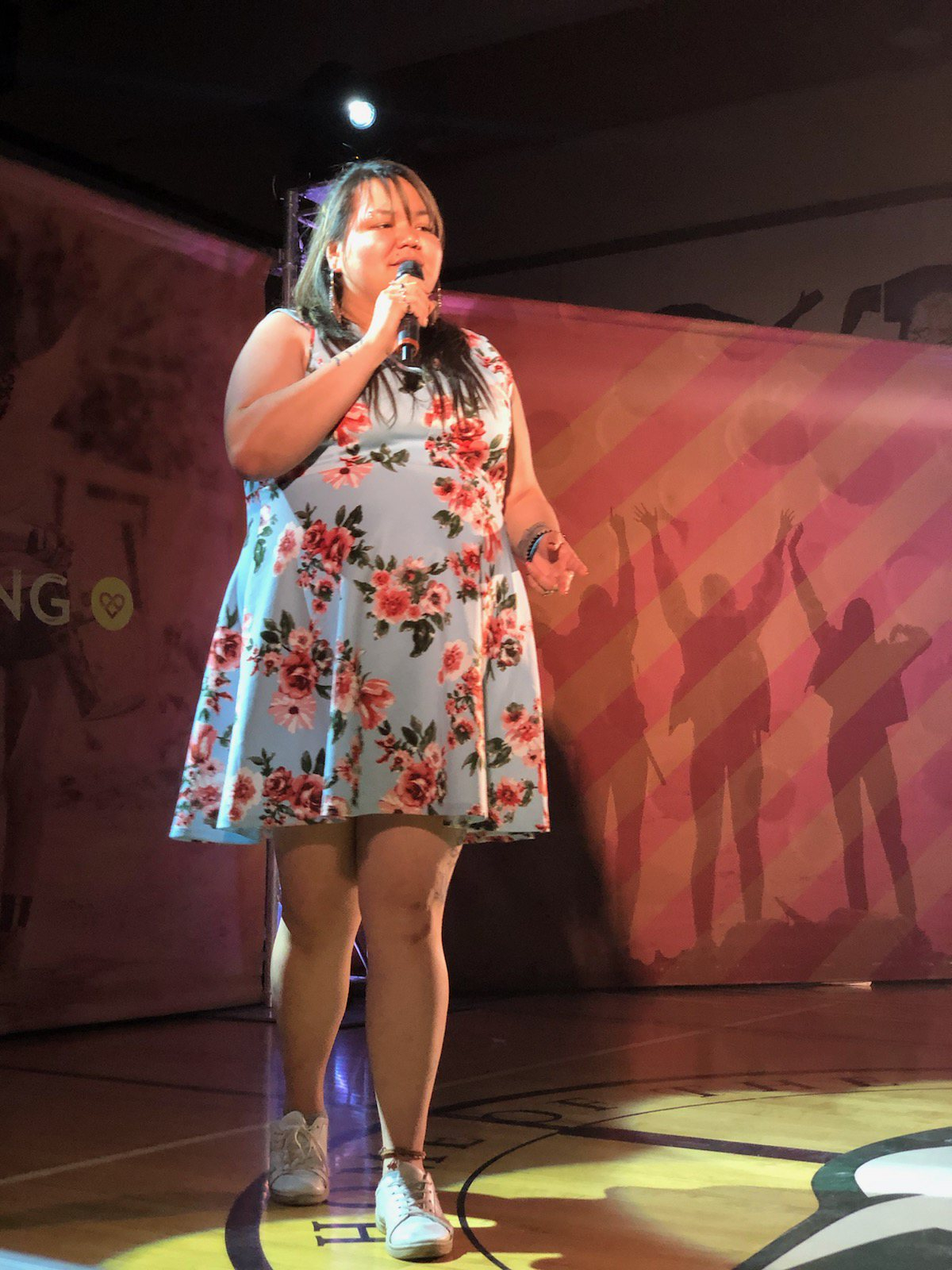 'You have a right to miss him and to love him'

The stories Delorme-Buggins heard from Indigenous youth in the last few months often revolve around themes of family separation, she said. Kids end up in foster care or apart from their families, for example, and struggle with being able to connect emotionally with family members.

Others battle personal demons, feeling like they aren’t good enough, or too ugly or ashamed of their bodies.

Delorme-Buggins' team became "kind of like a little family,” she said, leaning on each other to deal with the emotional impact of working through the students' struggles.

They spent several days driving to locations, often accessible on the ground only via ice roads. The average travel on these roads is 20 to 40 kilometres per hour, said Roy. "You can't map these places out on Google Maps because it'll say 'unavailable,’” she said. Instead, the team consults government maps.

They typically spend two days in each school, where they hold a presentation for grades 6 to 12, and then workshops and sharing circle sessions with the students, to give them a chance to open up about their struggles.

Like the 13-year-old girl that Delorme-Buggins spoke with, who was struggling with conflicting emotions: she didn’t understand why she was missing her brother, a person she had never met.

She found herself breaking down in her room and crying over missing her brother, but at the same time, feeling guilty and embarrassed for experiencing that.

Delorme-Buggins has experienced her own struggles: losing her sister and a good friend to drug overdoses, for example, and being sexually assaulted as a child, before becoming an accomplished role model. She said she told the 13-year old that her feelings were valid.

"You have a right to miss him and to love him,” she remembers telling the girl.

"She ended up telling not one, but all three of her sisters. They all supported her and they were all there for her,” said Delorme-Buggins. "She told me 'thank you, you've changed my life.’”

The program funds activities that "enhance the educational experiences" of students as well as teachers, parents and communities and "improve the quality of education in First Nations schools."

The Truth and Reconciliation Commission of Canada's calls to action have a focus on education for reconciliation as well as youth programs.

Roy said while the funding that Live Different received from New Paths didn't explicitly revolve around a TRC call to action, the organization does have an overall focus on reconciliation, particularly when its teams visit public schools where there are both Indigenous and non-Indigenous students, such as in B.C.

In those instances, the team is "working together to break down stereotypes and barriers, and break down barriers with the students,” said Roy.

The students "may not have a lot of connection with one another up until they go to school. So there's often this perception there might be different economic divides, so there's just these stereotypes that sometimes get in the way."

In Fort St. John, it was the first time that Delorme-Buggins found herself speaking to a student body that was not primarily Indigenous, she said.