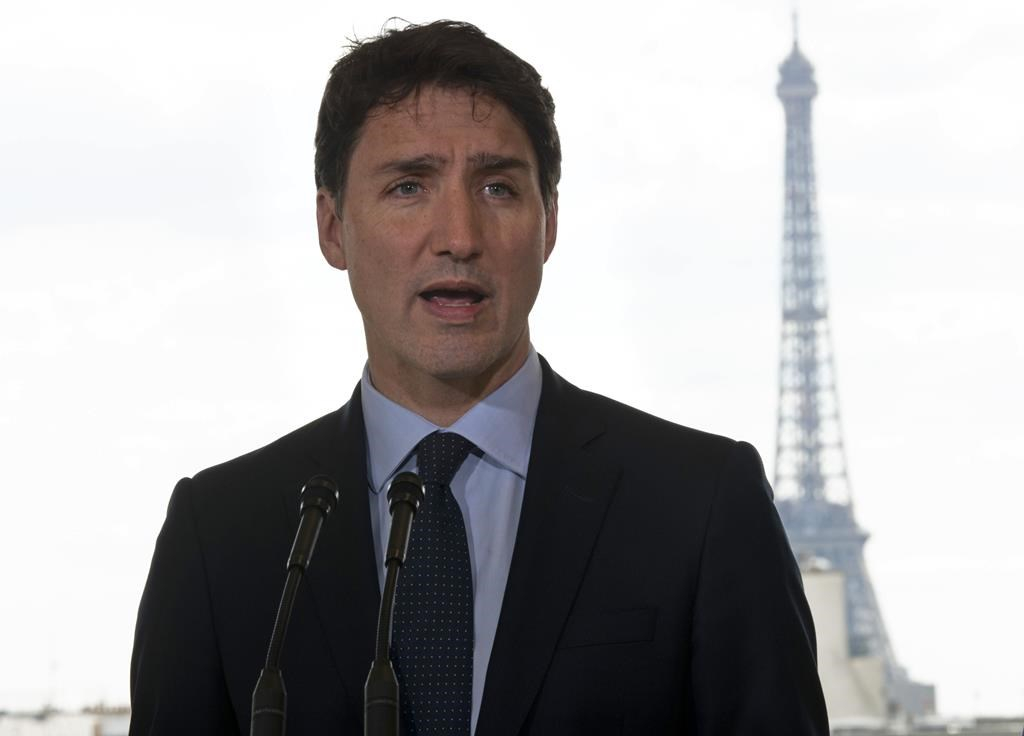 Canadian Prime Minister Justin Trudeau speaks during a news conference at the Canadian embassy in Paris, France on Thursday, May 16, 2019. Photo by The Canadian Press/Adrian Wyld
Previous story
Next story

Prime Minister Justin Trudeau pledged Thursday that his government “will always be unequivocal” about defending a woman’s right to choose to have an abortion.

At a Paris news conference, he affirmed his Liberal government's position while taking a swipe at conservative governments for curtailing women’s rights. Trudeau said he was “deeply disappointed” by "backsliding" on women’s rights in some American states.

On Tuesday, the Alabama state legislature endorsed the most stringent abortion law in the United States. Lawmakers voted 25 to 6 to make abortion at any stage of pregnancy a felony, punishable for 10 to 99 years or life in prison. The law does not discriminate for cases of rape and incest; the only exception is when a woman’s health is at risk.

“It’s a shame that we increasingly see conservative governments and conservative politicians taking away rights that have been hard fought over many years by generations of women and male allies,” he said.

A dozen Conservative politicians participated in an anti-abortion Right to Life rally in Ottawa on May 9. On Thursday, Maryam Monsef, federal minister for women and gender equality, called on those politicians and Conservative leader Andrew Scheer to "affirm their commitment" to defending Canadians’ access to legal abortion and reproductive healthcare.

"By attending anti-choice rallies, sponsoring screenings for anti-choice films, or by empowering Conservative politicians who "pledge to fight to make abortion unthinkable in our lifetime," the Conservative Party of Canada is demonstrating their willingness to reopen the debate and roll back women's rights and autonomy. This is simply unacceptable," she wrote.

That particular pledge was made by Ontario MPP Sam Oosterhoff in early May.

Abortion was fully legalized in Canada in 1988.

Alabama’s law could come into force in six months if left unchallenged – but this is unlikely, give that the American Civil Liberties Union of Alabama has already said it will mount a legal challenge.

There are now 28 American states considering legislation that bans abortion, according to the Guttmacher Institute, a U.S.-based group that researches sexual and reproductive health,

Conservative legislatures in the U.S. are enacting abortion bans in hopes of sparking litigation that will provide the Supreme Court of the United States, with a new conservative majority of justices, an opportunity to erode or eliminate abortion rights.