By Cecilia Keating | News, Politics | May 16th 2019
#6 of 83 articles from the Special Report: Democracy and Integrity Reporting Project 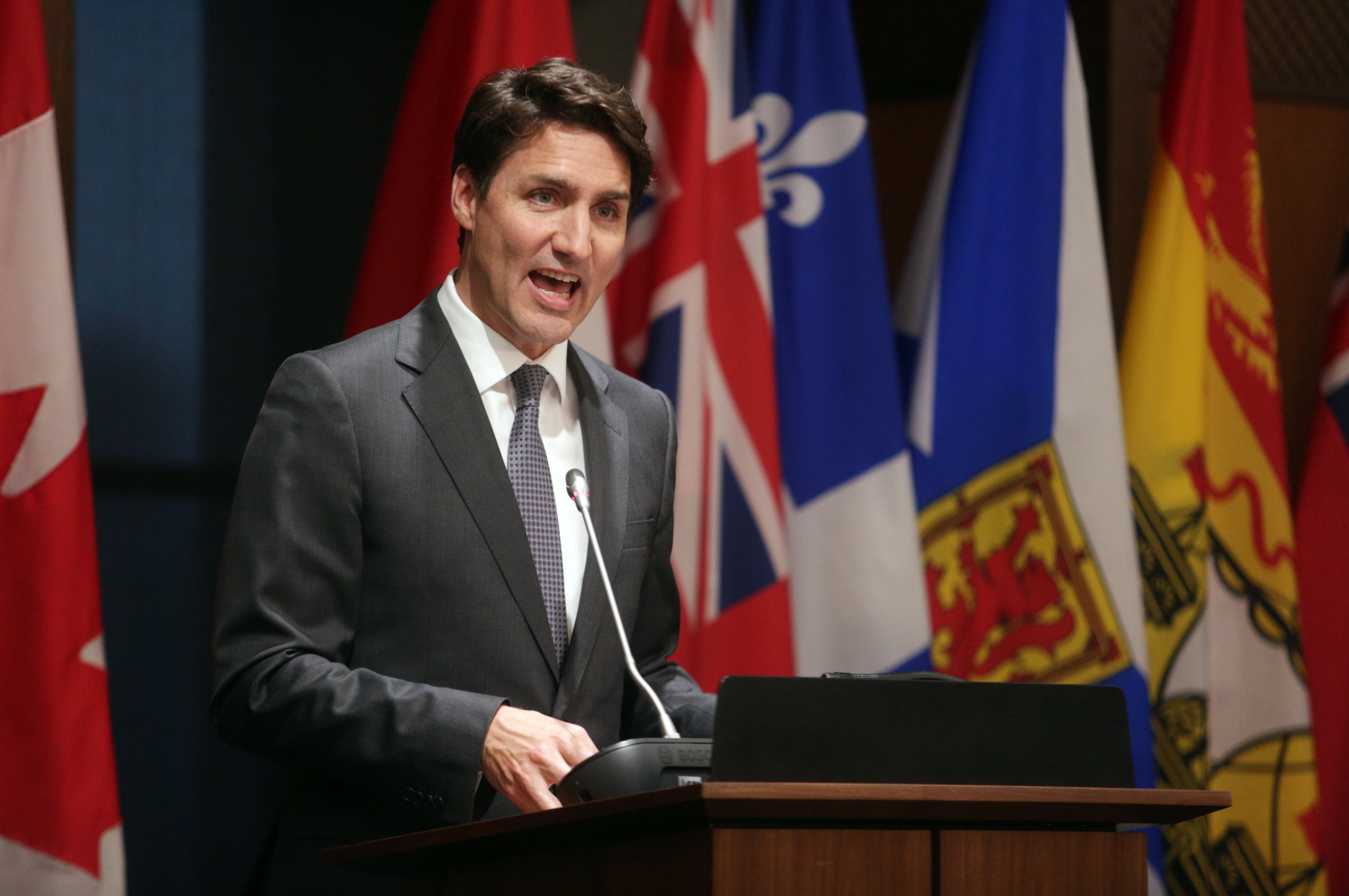 Prime Minister Justin Trudeau announced plans for a new digital charter for Canadians on Thursday morning in Paris, in a speech that covered the public's eroding trust in digital platforms, the dangers of online extremism and the threat of misinformation and foreign meddling interfering in this year's federal elections.

He likened the current digital landscape to the "Wild West" and said that the livestreamed murder of 51 citizens in two mosques in New Zealand on March 15 was the "final straw."

Thoughts and prayers in response to a tragedy must be complemented by more concrete action, he said.

"I believe that when 51 people are murdered, and the whole world can watch it happen in real time, that’s exactly the time to talk policy."

In his speech, the prime minister also spoke about the need to fight misinformation in the lead up the federal elections this year.

"Canadians, and only Canadians, will choose their next government. We'll make sure of that," he said, pointing to the federal task force set up in February to mitigate foreign interference in the elections.

In his speech, the prime minister pointed the blame squarely at digital content providers for poorly policing online disinformation.

"The platforms are failing their users. And they’re failing our citizens. They have to step up in a major way to counter disinformation. And if they don’t, we will hold them to account, and there will be meaningful financial consequences."

The prime minister made the comments under garish purple and blue skylights in the keynote speech of this year's annual Viva Technology conference in France's capital city. The conference was held the day after Trudeau joined other world leaders, including New Zealand Prime Minister Jacinda Ardern, and senior executives from technology giants to sign the Christchurch Call against online terror.

Trudeau said that it is the joint responsibility of technology companies and governments to eliminate online extremism.

"We have to outline a path forward, as we work to legislate and regulate in this ever-evolving tech space. It is essential that countries define how they will make these crucial decisions going forward. That’s why, today, I’m announcing that Canada is stepping up. We will be launching a brand new Digital Charter."

Trudeau declined to provide details about how companies might be fined, but told reporters at a news conference later in the afternoon that this had been "part of the conversations" over the past two days he spent in Paris with government and tech industry officials.

The prime minister also didn't elaborate on how hate speech would be mitigated, beyond existing laws, saying only that Canada needed to do whatever was appropriate.

He added that he made the announcement about the digital charter on French soil because countries need to collaborate and do more to share with each other how they plan to approach these issues. He also said that the government was consulting a number of stakeholders to work out how far to go to increase online protection, without getting into censorship.

When asked about the U.S. abstaining from joining in on the Christchurch call to action to eliminate sources of online hate and terrorism, Trudeau said that countries were entitled to each take their own approaches, but that Canada was sending a signal with France and New Zealand that it is an ally on all things related to digital security and trust.

Navdeep Bains to unveil details of Charter in Canada

Innovation Minister Navdeep Bains will unveil the details of the charter, according to the prime minister, and will "outline a series of initiatives that will guide our data policy for the future."

Minister Bains is also Paris for an informal G7 digital ministers meeting, and he made a short appearance on stage at the close of Trudeau's keynote speech.

In a breakfast meeting held between Trudeau and his New Zealand counterpart just hours before the Viva Technology conference, Prime Minister Ardern thanked Trudeau for his support in the aftermath of the March 15 tragedy and for traveling to Paris to sign the Christchurch Call.

The non-binding agreement was spearheaded by Ardern in response to the terrorist attack that took the lives of dozens of worshippers in mosques in Christchuch, New Zealand. The agreement is aimed at both government and private technology companies. It asks governments to support industry standards that ensure reporting on terrorist attacks does not amplify them and to “take appropriate action to prevent the use of online services to disseminate terrorist and violent extremist content.” This includes implementing unspecified regulatory or policy measures that are “consistent with a free, open and secure internet and international human rights law.”

Prime Minister of #Canada, @JustinTrudeau, calling for tech leaders and governments, to rally together against online terror.
This follows, the #ChristchurchCall that was introduced yesterday at @Elysee.#VivaTech pic.twitter.com/ABpBiQ8GNZ

The charter also calls for online service providers to review the algorithms that drive users towards terrorist and extremist content and to commit to transparency and enforcement of community standards.

"It’s one thing to offer [support] and it’s another to take the time and the efforts to travel and show support for the initiatives that we undertook here today," said Ardern. "And I think it was President Macron who noted in the summit that the presence of Canada was really meaningful. We are like-minded nations, but we needed to make sure that we’re sending the message that the efforts that we’re undertaking are also in parallel with also supporting a free, open and secure internet, and that those expressions of freedom of speech can live in harmony with what we are trying to do with the work against violent extremism and terrorism."

Editor's note: This article was updated at 6:57 p.m. ET on May 16, 2019 with details of additional comments made by Prime Minister Trudeau at a news conference in Paris.

Mr. Trudeau has been known to

Mr. Trudeau has been known to be the author of his own disinformation. I'm not the first one to witnesses respected MSM journalists who have said he needs to be fact checked on a regular basis.

He talked about "disinformation" and then "said that the livestreamed murder of 51 citizens in two mosques in New Zealand on March 15 was the "final straw.""
Technically, showing a video of something horrible happening isn't "disinformation". It may be inflammatory, it may be something done to advance a horrific, repugnant political agenda. Things people say accompanying the video could be disinformation. But the video itself is of a real thing that, unfortunately, happened.
I'm actually a bit leery of the energy with which that video was wiped from the internet. I'd rather see that energy deployed against actual falsehoods (eg that Nicolas Maduro is a dictator--now that's disinformation).