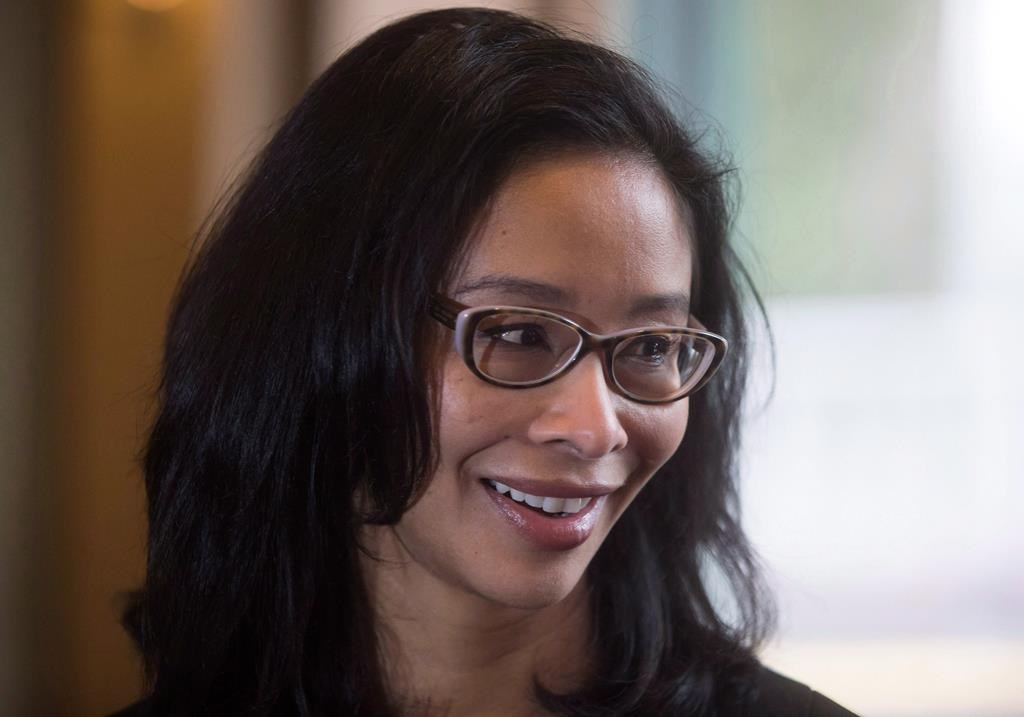 Dr. Gigi Osler, President-Elect of the Canadian Medical Association, speaks with a colleague at the hotel where a Liberal caucus retreat is being held, in Kelowna, B.C., on Wednesday, Sept. 6, 2017. File photo by The Canadian Press/Darryl Dyck
Previous story

Canadians are increasingly concerned about how to pay for the care of aging baby boomers — and fearful that seniors will have to pay out of their own pockets, according to a survey commissioned by the Canadian Medical Association.

The doctors' group presented its findings Tuesday evening and Wednesday to a gathering of federal, provincial and territorial ministers responsible for seniors gathered in Prince Edward Island.

Dr. Gigi Osler, president of the association, said the fears of deepening costs are becoming reality for hundreds of thousands of Canadians. She noted a Conference Board of Canada study found caregivers and care receivers had to spend more than $9 billion out-of-pocket last year.

"What we're seeing today reflects the limitations of seniors' care and we can, and must, do better," she said.

The poll of 3,352 people conducted by Ipsos suggests citizens are pessimistic about the existing system's ability to deal with a population that is aging.

Six out of 10 of those surveyed said they agree with the statement that "many will be delaying their retirement date to afford health care."

Canadians aged between 45 and 54 were most likely to agree, with the concern most pronounced in Atlantic Canada — which has the oldest population in the country — where 65 per cent agreed.

The poll conducted between Feb. 25 and March 4 is described as accurate within 1.9 percentage points, 19 times out of 20.

Osler said she told the seniors' ministers the health system is based on the demographics of decades ago, when the population was much younger, and needs a significant reworking.

"What we need is more care delivered in the community, to seniors in their homes and long-term care. It's time to look at where we're spending our money and are we spending it where we need to spend it," she said in an interview.

The doctors group is advocating for new federal investments in seniors care through the Canada Health Transfer, with a "demographic top-up" of $21 billion over 10 years — divided among the provinces and territories based on the percentage of seniors in their population.

In addition, it is suggesting the creation of an income-based, seniors' care tax credit to provide direct financial support to seniors and their caregivers.

"We think it's time to really show some dedication and commitment to meaningful changes in the health care system to look after our seniors now and protect our system in the future."

...just one of the many areas

...just one of the many areas of healthcare delivery that DESPERATELY need to be overhauled!! i.e. We DON'T need private corporations!!!