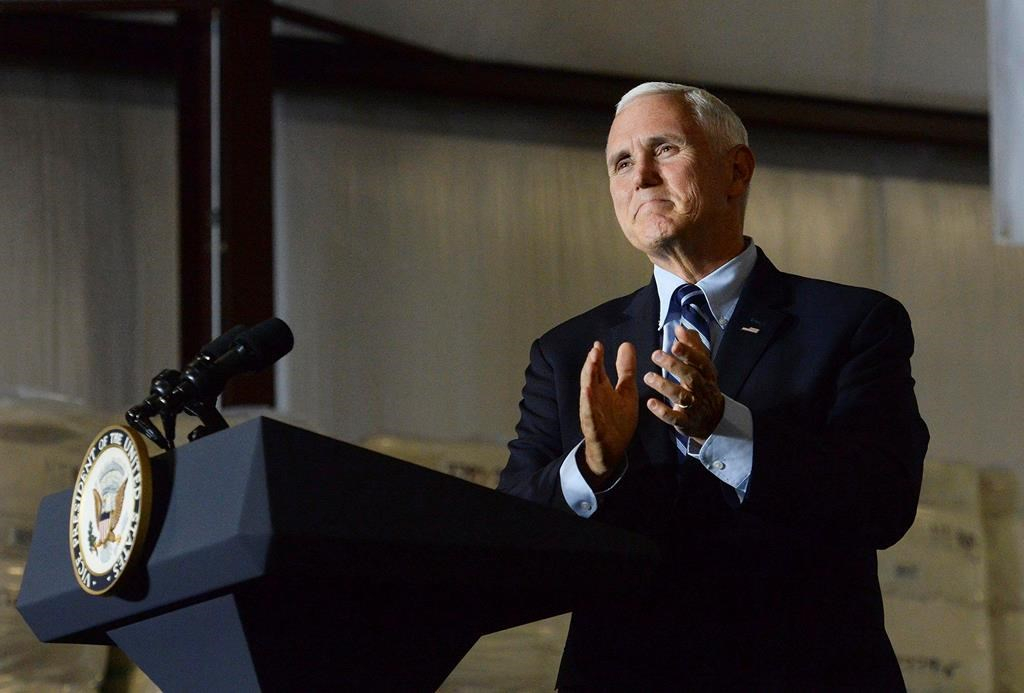 President Donald Trump says he has enough Democratic support to ratify the new North American free-trade pact despite his feud with U.S. House Speaker Nancy Pelosi, the Democrat who controls the agenda in the House of Representatives.

Next week, Vice-President Mike Pence arrives in Ottawa for what's supposed to be a big push to get the agreement approved in the national legislatures in Canada, the United States and Mexico.

Canada has yet to table legislation in Parliament to ratify the new version of the 25-year-old North American Free Trade Agreement, a treaty Trump lambasted yet again on Thursday as "one of the worst trade deals ever made in the history of our country."

In the past, Freeland has labelled the Trump administration as protectionist, especially during the long and sometimes bitter NAFTA renegotiation, but she presented a more conciliatory view of Pence.

"It's important for Canadians to remember that Vice-President Pence has been a strong and effective supporter of free trade. He has been someone who has spoken out in the United States about the value of NAFTA for both Canadians and Americans," Freeland said Thursday after touring the Rio Tinto aluminum plant in Jonquiere, Que.

On Tuesday, the White House released a letter to Pelosi and the Democratic leader in the Senate, Chuck Schumer, in which Trump said he'd like to get the deal approved swiftly in Congress and then to get moving on a bipartisan infrastructure package.

Wednesday, Trump walked out of a meeting with the two. Thursday, he called them names and Pelosi questioned his fitness for the presidency.

Trump said he was extremely calm Wednesday after he walked out.

"You had the group — Crying Chuck, Crazy Nancy," Trump said. "I have been watching her for a long period of time. She's not the same person, she's lost it."

Trump took his shots during another freewheeling White House press conference after announcing $16 billion in aid to American farmers who have been hit by retaliatory tariffs from Canada and other countries responding to Trump's protectionism.

Canada and Mexico ended their retaliations after the Trump administration's decision last week to lift U.S. tariffs on their steel and aluminum. Both countries said it would have been difficult to ratify the new trade deal with those metals tariffs in place. Since the tariffs were lifted, Freeland and Prime Minister Justin Trudeau have been visiting steel and aluminum plants.

"We're fixing broken trade deals to open up markets for American exports, including with the brand new the United States-Mexico-Canada Agreement — an agreement that the Democrats in Congress, many are supporting I must say. They've told us they're supporting it regardless of leadership. I don't think Nancy Pelosi understands it — it's too complicated," Trump said.

"I wish that his family or his administration or his staff would have an intervention for the good of the country," Pelosi told reporters separately. She said she is praying for her country and the president, and that she is concerned for his well-being.

"Maybe he wants to take a leave of absence," the veteran Democrat mused.

Freeland was seen taking notes during Pence's speech, in which he said: "We will modernize NAFTA for the 21st century so that it is a win-win-win for all of our trading partners in North America."