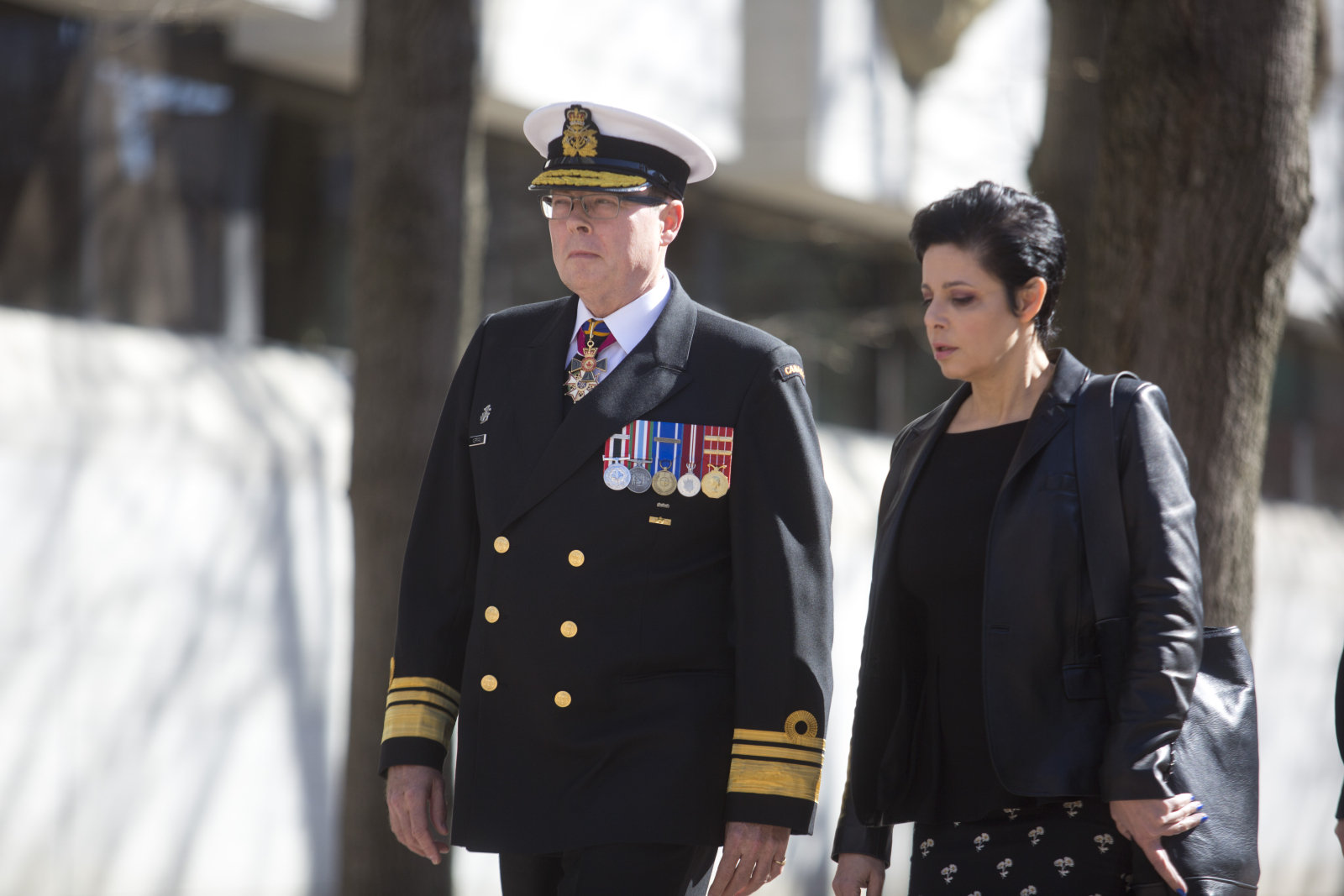 Vice-Admiral Mark Norman and lawyer Marie Henein outside the Ottawa courthouse on Elgin Street on May 8, 2019. File photo by Andrew Meade
Previous story

A Senate committee is launching an inquiry into the failed prosecution of Vice-Admiral Mark Norman.

The Senate's national defence committee has voted 7-5 on a motion from Conservative Sen. Jean-Guy Dagenais to examine the circumstances that led to the military's second-in-command being suspended and charged with breach of trust.

Norman's two-year ordeal ended earlier this month when the charges were stayed.

Conservatives, who allege Prime Minister Justin Trudeau politically interfered with the case, tried to get the House of Commons defence committee to initiate an investigation but the Liberals used their majority to block that effort.

The motion calls on the committee to explore why the charges were laid and subsequently stayed, inviting Norman, Gen. Jonathan Vance, chief of defence staff, and Defence Minister Harjit Sajjan to testify, along with any other witnesses it deems pertinent.

The committee is to conduct its inquiry and report to the Senate by no later than June 20.

Norman had been accused of leaking government secrets to Quebec’s Davie shipyard, supposedly to help it nail down a $700-million contract for a navy supply ship that had been approved by the previous Conservative government and which the new Liberal government decided to review in 2015 before eventually finalizing it.

In staying the charges, Crown prosecutors told the judge that new evidence they’d received from Norman’s defence team had led them to conclude there was no reasonable chance of convicting him.

Both the Public Prosecution Service of Canada and RCMP have insisted they acted independently and professionally, without any political interference.

Dagenais said his motion wasn't aimed at creating a political circus. Rather, he said it's a chance for Norman to tell his side of the story after two years of having his reputation shredded in public.

But independent Liberal Sen. Terry Mercer, who said Norman is a friend, predicted the committee inquiry will be a fishing expedition aimed at damaging the Liberals just months before this fall's federal election.

Mercer suggested the committee should also hear from officials in former Conservative prime minister Stephen Harper's office and his defence minister, Peter MacKay, who told Norman's defence lawyers that they'd authorized the vice-admiral to stay in direct contact with Davie about the supply ship contract.

He questioned why the Conservatives didn't volunteer that information to the RCMP or prosecutors.

"What bothers me about this, they knew this but they let Vice-Admiral Norman go through this for two years. You could have ended it by coming forward and saying, 'Hold it guys, we asked him to do this, we directed him to do this, he did nothing wrong.'"

A number of independent senators expressed concern that Norman may not want to face a grilling before a Senate committee after everything he's been through. And even a Conservative senator who voted for the motion, Sen. Thomas McInnis, predicted Norman won't accept the invitation or, if he does, will say very little because it might be injurious to a potential civil suit.