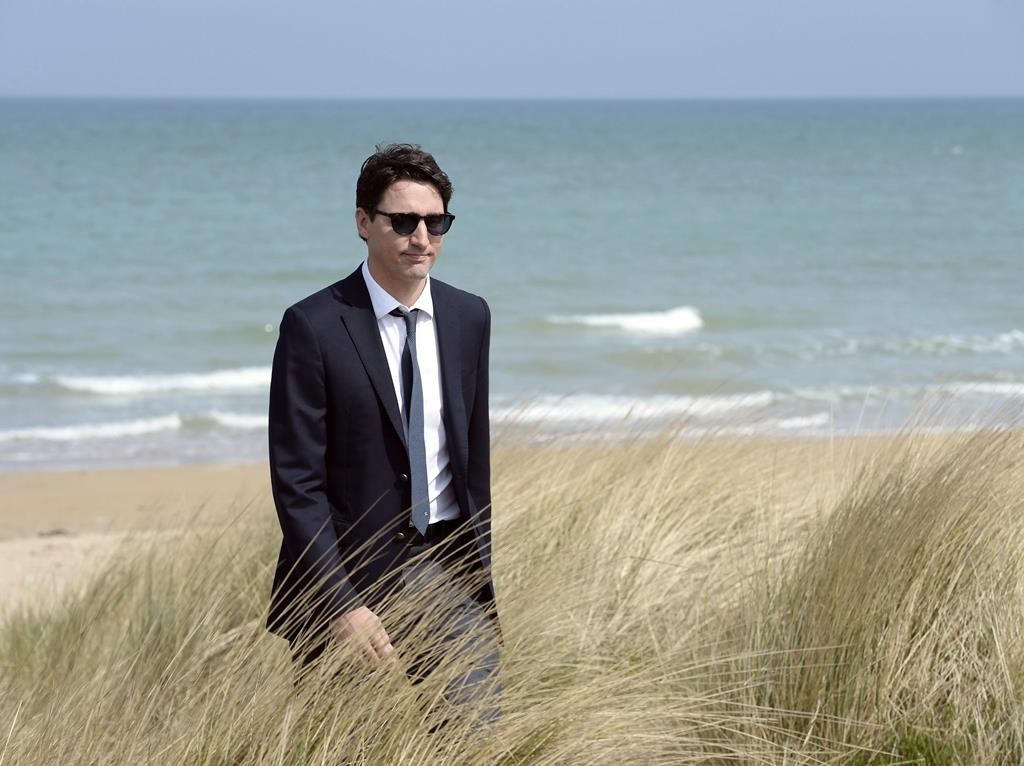 Prime Minister Justin Trudeau will be on Juno Beach to commemorate the 75th anniversary of D-Day this year.

His office says his trip will start on June 4 in Portsmouth, the British port from which many of the Allied ships set out for the invasion of Nazi-occupied France in 1944.

More than 150,000 troops — including Canadians — crossed the English Channel on D-Day on June 6 to take five landing points on the Normandy coast.

The landings claimed thousands of lives but began the successful campaign to roll back German forces in western Europe and led to the end of the Second World War.

After the 75th anniversary commemoration in Normandy, Trudeau will go to Paris, which the Allies liberated from the Germans in August 1944.

Trudeau's delegation will include the defence minister, representatives from Indigenous and veterans' organizations, and young Canadians.

I wonder if the leaders who

I wonder if the leaders who gather to commemorate the generations who perished in two great world wars ever question what those whose lives were so wantonly sacrificed might have done, had they survived, to make our world a healthier, saner, more responsible version of humanity?

Unfortunately we will never know, nor will we ever sufficiently acknowledge that we probably ensured our ultimate destruction as a species with the losses of so many people, both combatants and non-combatants; both agressors and the victims of genocides, in Asia, in Russia, in the Axis nations, in the middle east, in Africa.

On doesn't have to be a biblical scholar to conclude that humanity is manifestly a failed evolutionary experiment.