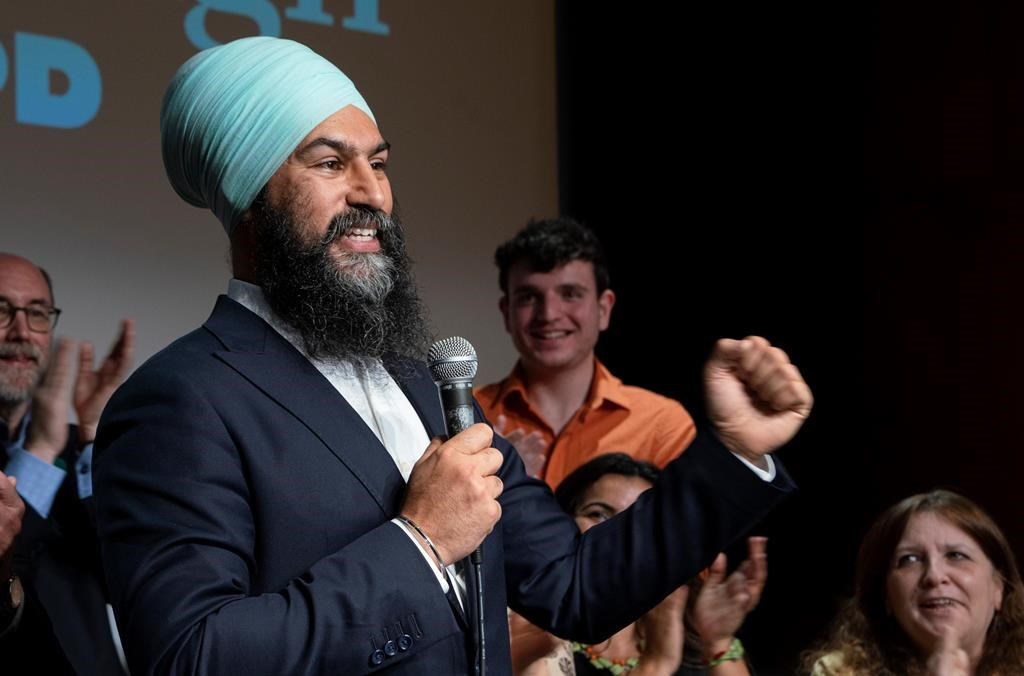 NDP Leader Jagmeet Singh presents the party's plan for climate change in Montreal on Friday, May 31, 2019. Photo by The Canadian Press/Paul Chiasson
Previous story
Next story

The NDP is proposing a package of measures to combat climate change, ranging from subsidies for the purchase of electric vehicles to easier access to employment insurance for workers in industries threatened by the move away from fossil fuels.

In a campaign atmosphere with rousing music and loud applause from supporters, New Democrat Leader Jagmeet Singh unveiled his plan Friday in Montreal, alongside his Quebec lieutenant Alexandre Boulerice.

To encourage the purchase of electric vehicles, the NDP would maintain the $5,000 subsidy announced in the last federal budget and, in addition, waive the federal sales tax on the vehicles for working families.

The incentives would eventually reach $15,000, but only for the purchase of zero-emission vehicles made in Canada. The plan also calls for all federal vehicles, including Canada Post delivery trucks, to be electric by 2025.

In order to reduce the carbon footprint created by housing, the NDP plan would give homeowners access to low-interest loans to encourage energy savings through better insulation, windows, heat pumps and other renewable technologies.

The plan is aimed at helping limit the global increase in temperatures to 1.5 degrees Celsius. The party proposes declaring a "climate emergency" and adopting legislation obliging the government to achieve greenhouse gas reduction targets.

The NDP also wants to set up an independent Climate Accountability Office to measure progress.

He added that an NDP government would "ask the richest people to contribute their fair share," something he said previous Conservative and Liberal governments have not had the courage to do.

"We are going to close offshore tax havens and CEO stock option loopholes that have allowed billions of dollars to go offshore and not be taxed," he said.

For the less wealthy, the NDP is proposing that, before being laid off, a worker in an industry affected by the energy transition would have the option of receiving employment-insurance-based training to enter a new sector.

"We must defend the workers, never give them the idea that we are abandoning them," Singh said. The party predicts 300,000 jobs would be created in the transition to greener energy.