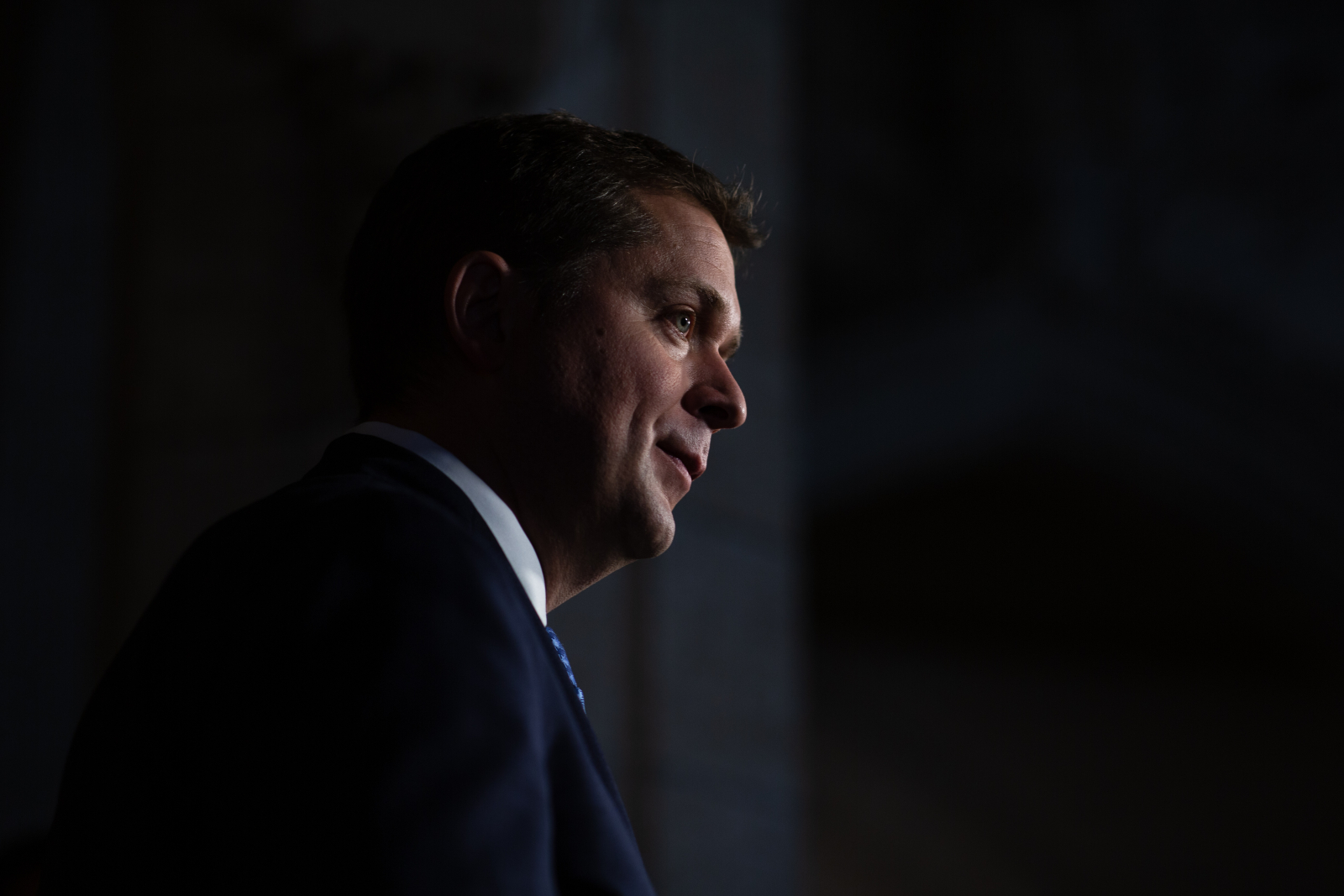 Andrew Scheer says he has removed Michael Cooper from the justice committee over comments the Conservative member of Parliament made earlier in the week.

The Tory leader says it was "insensitive and unacceptable" for Cooper to quote the suspected Christchurch shooter to a Muslim witness during a parliamentary hearing.

Reading the name and quoting the words of the Christchurch shooter, especially when directed at a Muslim witness during a parliamentary hearing, is insensitive and unacceptable. Mr. Cooper has apologized. I accept his apology and I consider the matter closed. (2/2)

Cooper has apologized for reading an excerpt from a manifesto written by Brenton Tarrant, accused of killing 51 people at two New Zealand mosques, to the witness.

He says he "quoted the words of a white supremacist anti-Muslim mass murderer in an ill-advised attempt to demonstrate that such acts are not linked to conservatism."

Read my statement and apology for my comments at the Justice committee earlier this week: pic.twitter.com/5L1uawXaMF

Cooper says he should not have said those words or named the perpetrator.

Scheer says he told Cooper, who represents St. Albert-Edmonton, that as a consequence of his actions he will no longer sit on the justice committee.

He also says he now considers the matter closed.

He got sued after calling out Tories' silence on white supremacists

While I condemn MP Coopers

While I condemn MP Coopers actions wholeheartedly, and would do so for any MP from any party in the same circumstances, one should always, in these situations take a rigorous inventory of one's own deeply embedded racial stereotyping, and the almost unconscious verbal and physical reactions we have when confronting the all to common incidences of prejudice and bigotry. Not one of us, of whatever colour, "race", religion or political persuasion is free of the ancient biological wariness of "the other". That wariness exists and is expressed in a wide spectrum of behaviour, from extremist violence to polite dismissal. The victims of such fear - for that is actually what it is, cannot help but be affected. That is how the evolutionary fight or flight mechanism is supposed to work. For some people, the pre-frontal rational brain is unable to overcome this fear.

Modern education is proving to be no match for the more volatile and violent extremist reactions, now globally amplified by the so-called social media. There is evidence from various observers/scholars that the global rise of anxiety underlies much of the equally global rise in mental aberration. Between the climate and the overcrowding/overconsumption of the human species we are driving ourselves "crazy" - with fear.

Which is why Mr. Cooper's ill-considered remarks, which are part of the age old defamation of "the other" is so serious. If we are to survive on this people choked planet, we have no option but to learn to live cheek by jowl with the other inhabitants of our terrestrial spaceship. That includes the insects and microbes we endlessly seek to eradicate right up to the top predators. Evolution is the blind and amoral force, like gravity, that governs our existence. We cannot stop its workings except by total annihilation.

Excellent comment. While I don't actually disagree with any of it as such, I do have a bit of a caveat. While it's true that 'Not one of us, of whatever colour, "race", religion or political persuasion is free of the ancient biological wariness of "the other"', the fact remains that some political persuasions are dedicated to actively encouraging that feature in people and others are not, or are even dedicated to overcoming it.
And while Mr. Cooper was ill-advised in using the particular material he chose to quote to make the point he was making, not to mention wrong to talk obnoxiously and disrespectfully in other ways a that time, he was also simply wrong. The idea that conservatism and white supremacy are not related is an understandable argument for a conservative to make and I'm not going to say they have no right to make it. But in fact it's clear that white supremacy, racism, and fear and hatred of "others" in general have been closely entwined with conservatism and the right ever since there was such a thing. It has crept into other ideologies, but no other ideology has made that one of their cornerstones. Where people who deplore fascists (of the far right) usually call out fascist racism, sexism, killing of gays and so forth, people who deplore communists (of the far left) point out things like Stalinist atrocities which were not generally race-based.
And to this day, you don't see white supremacists hanging around the edges of the NDP the way you see them hanging around the edges of Kenney or Scheer or Ford's parties.