By Letters | Opinion, Energy, Politics | June 3rd 2019
#47 of 55 articles from the Special Report: Letters to the Editor 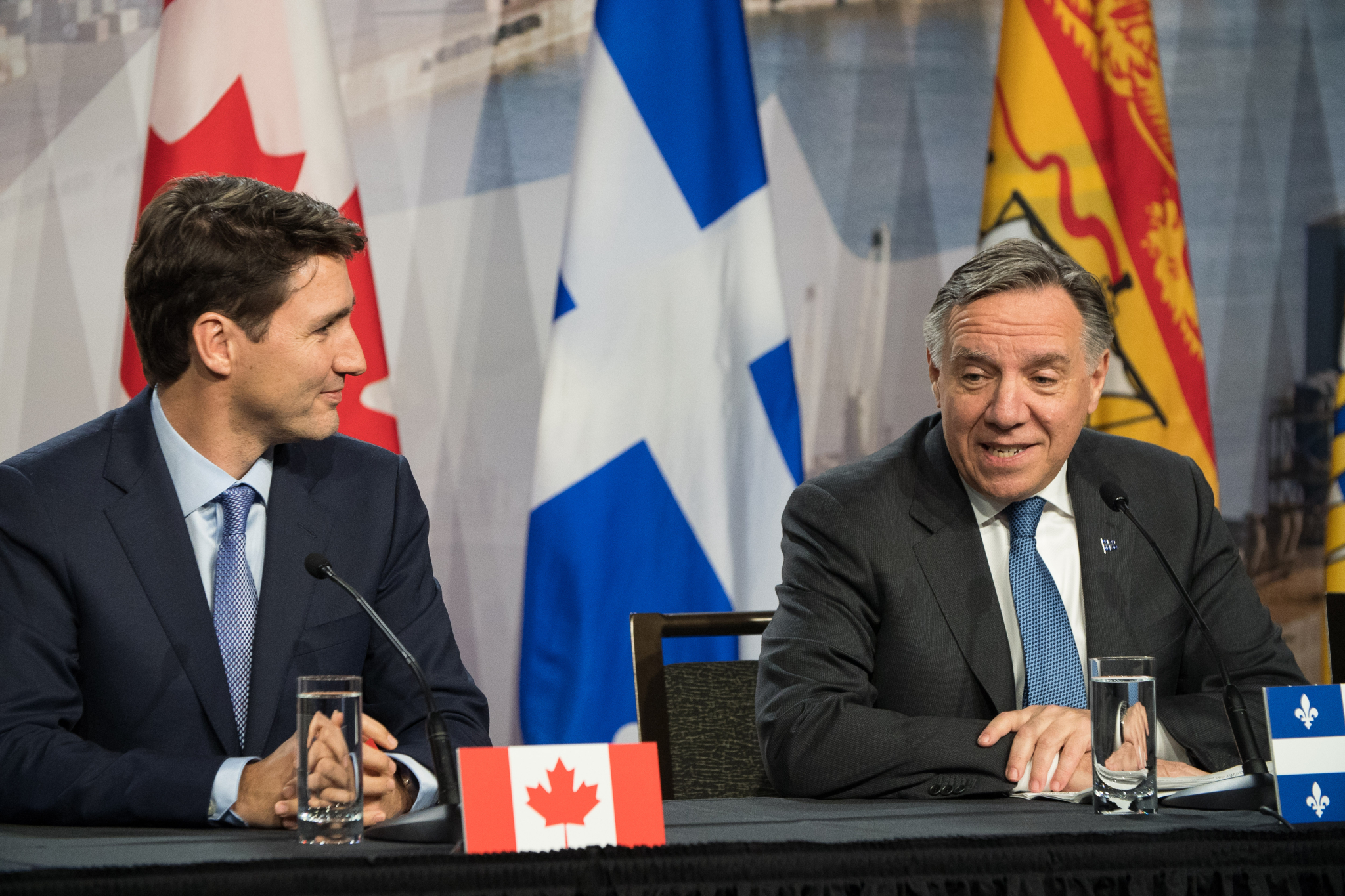 Editor's note: This is the text of an open letter, signed by more than 150 scientists, urging the Trudeau and Legault governments to reject a proposed LNG project in Quebec.

In this era of climate change and biodiversity collapse, we believe that scientists have a duty to take a stand on major projects that would affect the future of our civilization. It is in this spirit that we are taking part today in the public debate on the GNL Quebec project.

GNL Quebec is a megaproject comprising a 782 km pipeline (the Gazoduq Project), a liquefied natural gas plant (the Énergie Saguenay Project) and a marine terminal where supertankers would be loaded with liquefied natural gas (LNG) to transport it to foreign markets via the Saguenay Fjord and the St. Lawrence River. Those supporting this project assert it would contribute to the fight against global warming because hydropower would be used to liquefy the gas and because the exported gas would replace coal and oil "in Europe, Asia and elsewhere."

In fact, this project would not help fight climate change. It would facilitate the daily extraction, in the Canadian Prairies, of 44 million cubic meters of natural gas, which amounts to 2.6 times the total daily consumption of Quebec. Canada, which is already the world's fifth largest natural gas exporter, would see its net natural gas exports jump by 27 per cent if this project went forward.

According to an industry-commissioned life cycle assessment of this gas, from its extraction to the exit point of the liquefaction plant, it would produce more than 7.8 million tonnes of greenhouse gas (GHG) per year. This means that the total emissions associated with this project within Canada would be comparable to the sum total of GHG emission reductions in Quebec since 1990. A key uncertainty in these calculations is the amount of fugitive gas emissions (leaks) occurring during its extraction, throughout the whole transport chain and after wells are abandoned. Considering that natural gas is mainly methane, a greenhouse gas 84 times more potent than CO2 over a 20-year period, the global warming effect of these leaks is enormous, and there is therefore potential for total GHG emissions associated with this project to be considerably higher than the best available estimate. Moreover, GNL Quebec carefully avoids highlighting the large amounts of downstream CO2 emissions resulting from the combustion of the gas. According to our calculations, these emissions would add roughly 30 million tonnes of CO2 per year, assuming no fugitive gas emissions. That number spikes dramatically when applying average fugitive emissions under normal operating conditions.

Moreover, GNL Quebec would have no control over the end use of this gas, and there is no evidence that its use would replace coal or oil fuel. It is just as likely that this gas could replace renewable energy sources, which would only increase the world’s continued reliance on fossil fuels, and slow the desperately needed development of alternative energy technologies.

Let us remember that in order to limit global warming to 1.5 C, we must reduce GHG emissions by about 45 per cent by 2030, as compared to 2010, and achieve carbon neutrality by 2050. To achieve this, it is essential that we wind down the number of fossil fuel infrastructures, not build more of them.

The GNL Quebec project also poses a serious threat to biodiversity. By cutting right across the natural environment of Northern Quebec, from Abitibi- Témiscamingue to the Saguenay Fjord, the Gazoduq pipeline would fragment the habitat of 17 vulnerable, threatened or endangered species. It would go through the catchment areas of the Harricana, Nottaway, Moose, Outaouais, Saint-Maurice and Saguenay rivers. Finally, exporting this liquefied gas would require six to eight mega-tanker transits per week in the fjord. The deafening underwater noise from these giant ships would jeopardize the survival of the St. Lawrence beluga in the only acoustic refuge it still has.

Taken as a whole, this project would thus further alter the terrestrial and marine ecosystems on which life on Earth depends, even as UN-mandated experts have recently confirmed an "unprecedented" and accelerating rate of extinction of species, thus eroding "the very foundations of our economies, our livelihoods, food security, health and quality of life around the world."

These facts are thoroughly inconsistent with the claim that GNL Quebec would be part of the solutions to ecological emergency. Therefore, it is our assessment that the GNL Quebec project is incompatible with the notion of energy transition and must be rejected.

Why are we hell bent on

Why are we hell bent on exporting our natural gas when we live in one of the coldest counties in the world and will need this resource for our own survival.

I agree with Colin that we

I agree with Colin that we should develop our natural resource industry, but we should do it firstly for Canadians, and then export the excess. Why are we importing oil from other countries when we have lots of our own.

Also, people who claim to understand the environment keep talking about reaching a zero carbon footprint. What they seem to forget to tell people is what it means to have a zero carbon footprint. It is portrayed as everyone driving electric cars and so on. But the reality is that for it to work, nobody could drive anymore, there would no longer be enough food for everyone and their would be no jobs left!! So, why are environmentalists pretending that things will continue to be the same??

While it might compete with renewables, gas plants are just as likely, these days, to be used to supplement then and make the renewable wind farm or solar farm, practicable. Gas generation has relatively low capital costs, so you don't have to run them 365x24 to pay them off; they can be running, say, when there's no wind or a long cloudy period in winter. Knowing there's gas for backup can encourage renewables development.

Don't get me wrong - I think the chemistry prof's figures are highly conservative; the leakage rate is probably over 3%, meaning that gas is worse than coal for GHGs. But for the nonce, anything that helps renewables get started as an industry gets a pass from me.