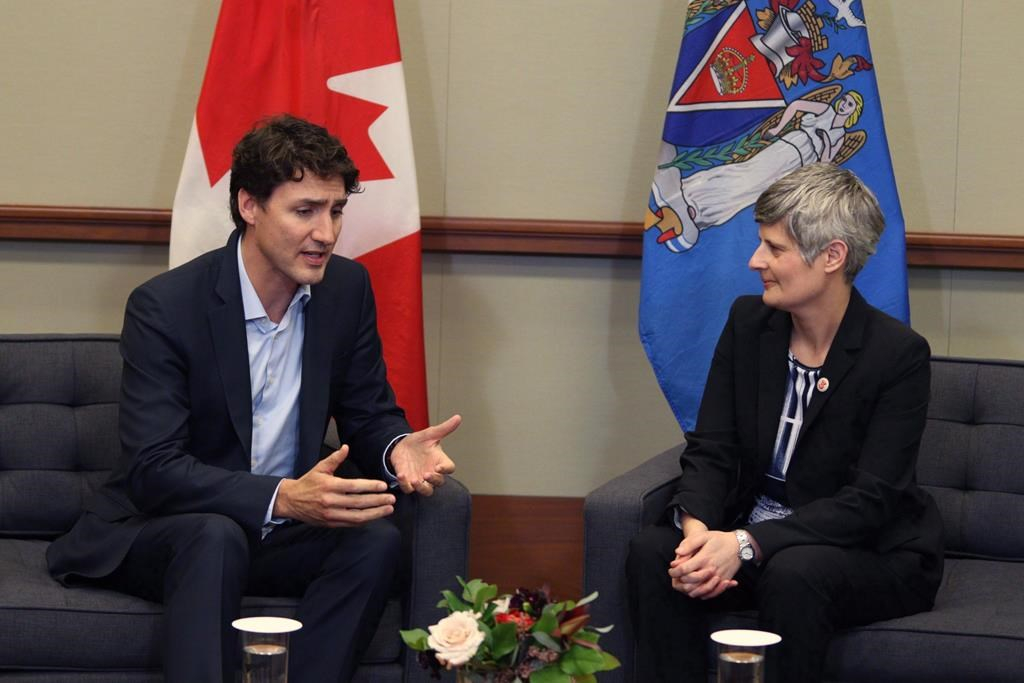 A move to seek federal funding for Victoria's annual Remembrance Day events may have backfired, the city's mayor said Friday.

Lisa Helps said she expected council members would rethink their positions following widespread public backlash over a committee motion that moved Thursday, the 75th anniversary of the D-Day Invasion.

Reaction to the committee's plan to approach the Defence Department and Veteran's Affairs to help with policing costs for Remembrance Day events has been intense. Helps said she sensed councillors would reject the proposal when it comes up for a vote next week.

"My colleagues on council are thoughtful, considerate people and if they hear some of the feedback that's come from around the region and across the country, I think there's a chance that they will change their minds and just leave Remembrance Day funding as it is," said Helps at a news conference.

Helps said the timing of the debate was inappropriate and caused an uproar that spread far beyond city hall.

At least one member of Victoria council has already indicated she has changed her mind and will vote against the motion.

"I understand it was wrong to hold this vote on D-Day, and I take full responsibility for that," said Coun. Laurel Collins in a statement. "I'm truly sorry for the impact. It pains me to think about veterans being disrespected in any way. I will be voting against this motion when it comes to council next week."

"I will never stand by and allow Remembrance Day to be defunded," added Collins, who is the New Democrat candidate for Victoria in the upcoming federal election.

But Coun. Ben Isitt said he will continue to support the committee's proposal. Isitt initiated the request at the meeting, saying the Canadian Forces budget is in the billions of dollars and should help the city defray some costs associated with the event.

The debate about funding Remembrance Day emerged as councillors considered a request by the Victoria Police Department for $135,300 to patrol Canada Day celebrations.

"I can't speak for my colleagues, but I think it's a good policy to try to apportion the costs of these big regional events more equitably," he said in an interview.

"I think the timing of yesterday's decision was unfortunate in terms of coinciding with the 75th anniversary of D-Day, but I do believe it's appropriate for the taxpayers of Victoria and Esquimalt to have some help in hosting these very large regional events."

Isitt said he stands by earlier comments he posted on Twitter, lashing out at the media and "alt-right" groups for criticizing his position on funding Remembrance Day events.

"Those comments extend beyond this issue," he said. "Today, we're discussing Remembrance Day. Earlier this week it was Canada Day. A few weeks ago it was cherry trees, before that it was the Invictus Games or Christmas. There's a pattern of deliberate attempts by the alt-right in Canada to discredit our progressive council."

Victoria council has been criticized for its decision to remove the statue of Canada's first prime minister Sir John A. Macdonald that stood in front of city hall. The council has also faced criticism for considering banning horse-drawn carriages, cutting down Japanese cherry trees and constructing a network of bike lanes downtown.

Isitt said he understands people are upset about the timing of the debate, but believes he enjoys strong support locally.

"Certainly there are members of the public here in Victoria who don't agree with my views, but I think that the venom of the opposition and the real toxic level of discourse resides primarily outside of the community."