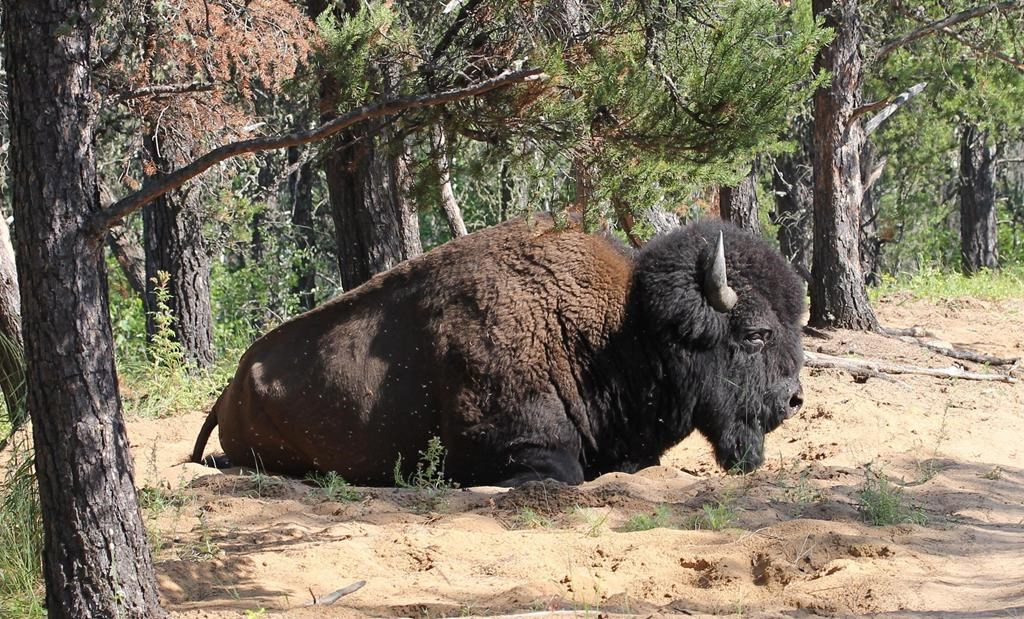 A bison is shown in Wood Buffalo National Park in a handout photo. Handout photo by Rob Belanger
Previous story
Next story

The status of Canada's largest park as a World Heritage Site remains wobbly after a United Nations body expressed grave doubts about a federal plan to rescue it.

"Considerably more effort will be needed to reverse the negative trends at a time when climate change combined with upstream industrial developments and resource extraction are intensifying," says a draft decision on Wood Buffalo National Park from UNESCO, which manages the UN's list of World Heritage Sites.

Further deterioration, it says, "could eventually lead to the inscription of the property on the list of World Heritage in Danger."

In an email, Parks Canada said it "recognizes the outstanding universal value of Canada’s 19 UNESCO World Heritage Sites and is committed to their ongoing protection."

Wood Buffalo, which straddles the Alberta-Northwest Territories boundary, is one of the world's largest freshwater deltas and is the breeding ground for millions of migratory birds from four continental flyways.

With almost 45,000 square kilometres of grasslands, wetlands and waterways, it is the world's only breeding ground for endangered whooping cranes and home to the world's largest herd of free-ranging wood buffalo. First Nations depend on the area.

But it has been deteriorating for decades. In 2014, the Mikisew Cree asked UNESCO to examine the park to see if it still merited designation as a World Heritage Site.

The UNESCO report prompted Ottawa to commission a 561-page study that concluded 15 out of 17 measures of ecological health were declining. The effects — everything from low water flows to curtailed Indigenous use — stem largely from changes to area rivers caused by climate change, dams in British Columbia and industry in Alberta.

Since that report, Alberta has created a series of wildland areas around most of the park as a buffer zone.

The UN draft decision praises those measures, including the controversial Bill C-69 on environmental assessments.

But UNESCO points out Canada failed to answer concerns about B.C. Hydro's Site C dam. It also says ongoing oilsands development upstream from the park is of "serious concern."

The report notes Teck Frontier's oilsands mine would move development closer to the park. It also wants an assessment of the failure risks posed by oilsands tailings ponds.

Parks Canada has committed more than $27.5 million over five years to support the federal plan. UNESCO says that's not enough.

"More funding will likely be needed given the size of the property and the complexity of the issues," it says.

Kecia Kerr of the Canadian Parks and Wilderness Society said the UNESCO decision is serious business.

"It's a serious tone and it's a warning," she said. "It's definitely not a real passing grade."

Arresting the park's decline will take strong measures, she said.

"The continuation of adding a small impact here, a small impact there, (has) already overwhelmed the park. It will require some tough decisions and actually saying no to some projects."

There are 33 countries with properties on the list of sites in danger. The United Kingdom and the United States each have one site on the list, but almost all are from Africa, South America and the Middle East.

Parks Canada said it does not expect to join that list.

"While acknowledging that there is more work to be done, the draft decision affirms the (government's) commitment to the ongoing protection and management of Canada’s largest national park and World Heritage Site."

UNESCO is to take its final vote on the draft decision on Canada's response at its next meetings starting at the end of the month.