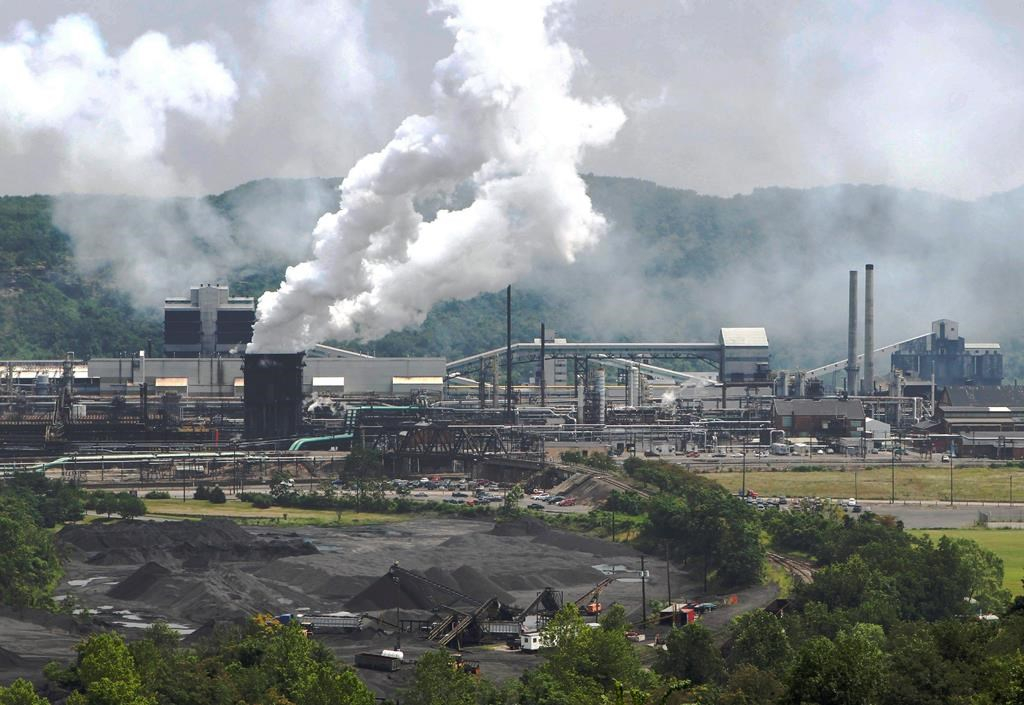 The second fire in six months at U.S. Steel's massive coke plant outside Pittsburgh knocked a key pollution control system offline Monday, triggering a health warning as officials monitored the air around the plant for signs of a release of toxic sulfur dioxide.

The Allegheny County Health Department threatened to shut down the plant unless U.S. Steel acts quickly to fix its damaged equipment. A Christmas Eve fire in the same area of the plant caused $40 million in damage and significant releases of sulfur dioxide, a pungent byproduct of fossil fuel combustion that can make it hard to breathe.

Health officials have levied more than $2 million in fines against U.S. Steel since June 2018 over persistent emissions problems at the coke works, the largest facility of its kind in the United States. The plant in Clairton turns coal into coke, a raw ingredient in the steelmaking process.

"There is clear evidence that the problems at this plant have not been resolved and this plant cannot operate under control," said Matt Mehalik, executive director of the Breathe Project, an environmental group.

U.S. Steel did not immediately comment on the health department's late-afternoon emergency order.

While the Dec. 24 fire triggered significant releases of sulfur dioxide, health officials said Monday that monitoring equipment had not detected a similar spike from latest blaze. Nevertheless, the elderly, parents of children and people with respiratory conditions "should be aware of the potential for elevated levels of (sulfur dioxide)," the health department said in a statement.

U.S. Steel said a small fire in an electrical panel around 4:30 a.m. caused three control rooms to lose power. Though power was restored in one control room, the others remained without electricity Monday afternoon. Those facilities house equipment used to remove sulfur dioxide from coke oven gases. The company could not immediately say when the desulfurization unit would be operational again, but said in a statement earlier Monday that it was taking steps to "mitigate environmental impacts."

The Pittsburgh-based steelmaker is continuing to deal with significant regulatory and legal fallout from the Dec. 24 fire at Clairton.

Two Pennsylvania environmental groups, PennEnvironment and the Clean Air Council, have filed a federal lawsuit that alleges U.S. Steel violated the Clean Air Act by operating the plant without its desulfurization unit for more than three months. In a separate lawsuit, a woman alleges she suffered headaches, a persistent cough, throat irritation and difficulty breathing. That suit seeks class action status.

"This just adds to a long list of permit violations and air quality issues at the plant," said Matt Walker, community outreach director at the Philadelphia-based Clean Air Council. "Two incidents in that short amount of time should raise serious concern from regulators, elected officials and residents."

U.S. Steel's Clairton facility produces about 4.3 million tons of coke annually to serve its own steelmaking operations and the larger commercial coke market.