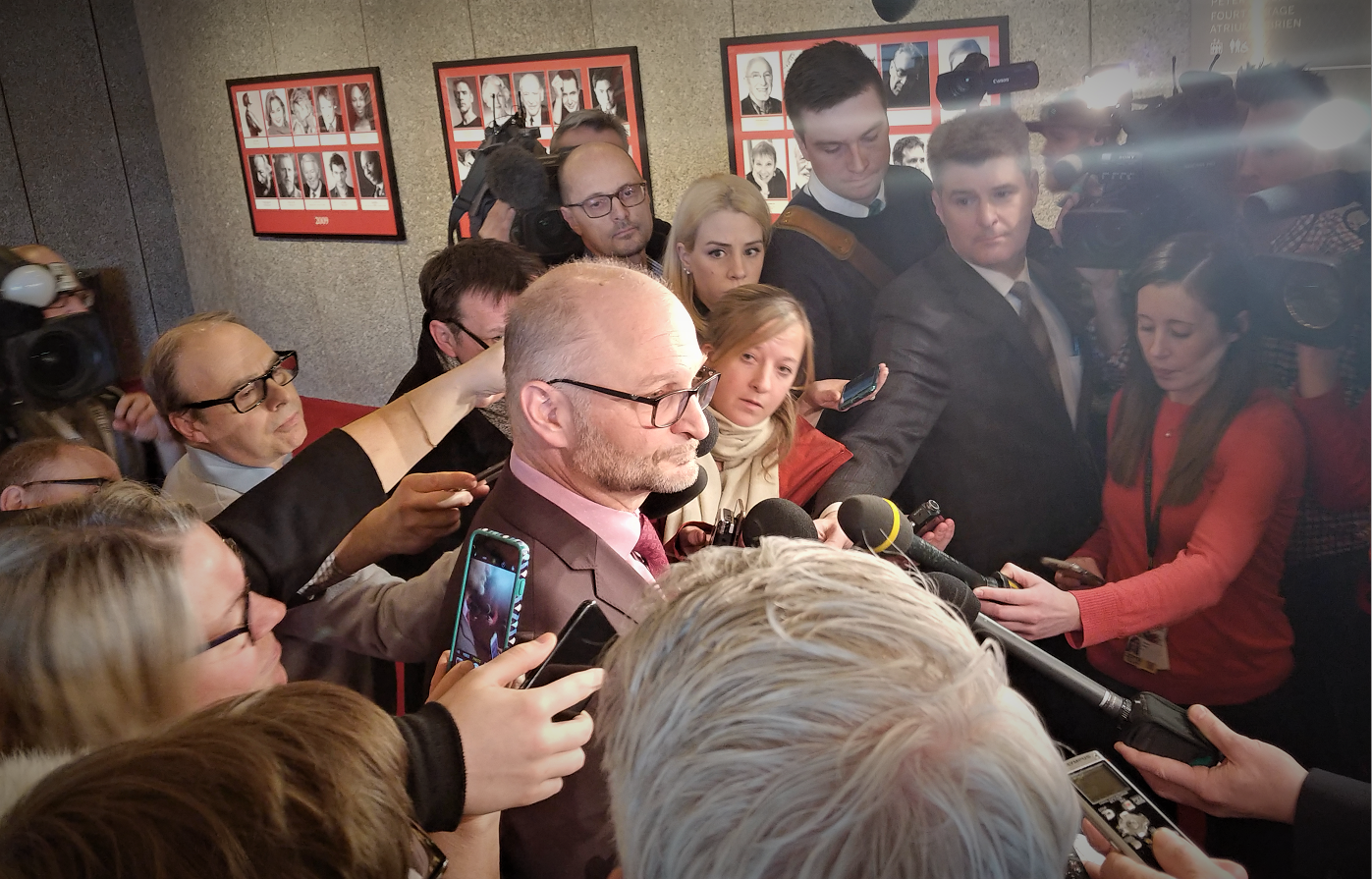 Justice Minister David Lametti speaks to media after a speech to the Canadian Bar Association at the National Arts Centre in Ottawa on Feb. 11, 2019. File photo by Carl Meyer
Previous story

The federal government should strictly limit the use of criminal law to prosecute people for not telling a sex partner they are HIV-positive, the House of Commons justice committee has recommended.

The committee report tabled Monday said the current Canadian approach to HIV non-disclosure is overly broad and punitive, and does not reflect the latest science.

It recommended creation of a new Criminal Code offence that would apply to non-disclosure of an infectious disease, including HIV, only when there is actual transmission to another person.

Justice Minister David Lametti said last week the Liberal government had run out of time for new legislation, but, if returned to power, could explore options that include drafting a criminal law provision that targets intentional HIV infection.

Still, the committee report urged Lametti to work immediately with the provinces to come up with a cross-country prosecutorial directive in the meantime.

The MPs said the directive should end criminal prosecutions of HIV non-disclosure, except in cases where there is transmission, and ensure any prosecutions take into account the latest medical evidence.

During four spring meetings, the committee heard from scientists, researchers, legal and public health experts, and people living with HIV.

Witnesses said the criminalization of HIV not only punishes those who have the virus, but undermines the public health objective of encouraging testing and treatment. "Both of those objectives are important to reach the goal of ending the HIV epidemic."

The committee noted the widely accepted conclusion that HIV is no longer a fatal disease, but rather a chronic but manageable one. It said a new law should ensure HIV is treated as a public-health issue like any other infectious disease.

It recommended that HIV non-disclosure never be prosecuted if the infected person has an undetectable viral load, condoms are used, the infected person's partner is on pre-exposure prophylaxis, or the sexual activity involves a negligible risk of transmission.

The committee also called for:

— the justice minister to immediately establish a means of reviewing the cases of people who have been convicted, or even simply prosecuted, for not disclosing their HIV status and who would not have been taken to court under the new recommendations;

The Canadian HIV/AIDS Legal Network, which promotes the rights of people living with HIV, welcomed many of the report's conclusions, including an end to non-disclosure prosecutions using sexual-assault laws.

People with HIV currently face imprisonment for aggravated sexual assault and a lifetime designation as a sex offender for not disclosing their status to sexual partners, even in cases where there is little or even zero risk of transmission, the group said.

It urged the government to limit criminalization to cases of intentional transmission, as recommended by the United Nations' expert health and human-rights bodies.

The network strongly disagreed with the recommendation to extend the criminal law to other infectious diseases. "We will not solve the inappropriate use of the criminal law against people living with HIV by punishing more people and more health conditions."

In a dissenting report, the NDP said a new criminal offence on transmission of various communicable diseases would open the door to sanctions for those with diseases such as TB and hepatitis C, when they are better dealt with through public-health measures. New Democrats said criminal penalties should be limited to intentional and actual transfer of the virus.

Conservatives on the committee also dissented, saying HIV non-disclosure should be prosecuted when there is a realistic possibility of transmission.

A very unusual event has just

A very unusual event has just occurred. I actually agree with a conservative on something.
While I agree that criminal prosecutions should occur when a serious disease is transmitted by someone who knows (or should know) what they have and acts willfully or carelessly to infect another, I also agree with the conservatives on the committee that putting somebody at risk is also a criminal offense. It may not be as serious an offense when transmission does not happen, but it's still an offense that should be punished since it is putting another person at risk without their consent. Careless driving is an offense even when it doesn't result in an accident because such activity also puts others at risk. This issue relates to a basic principle of criminal justice and I can't see why the committee doesn't view it as such.