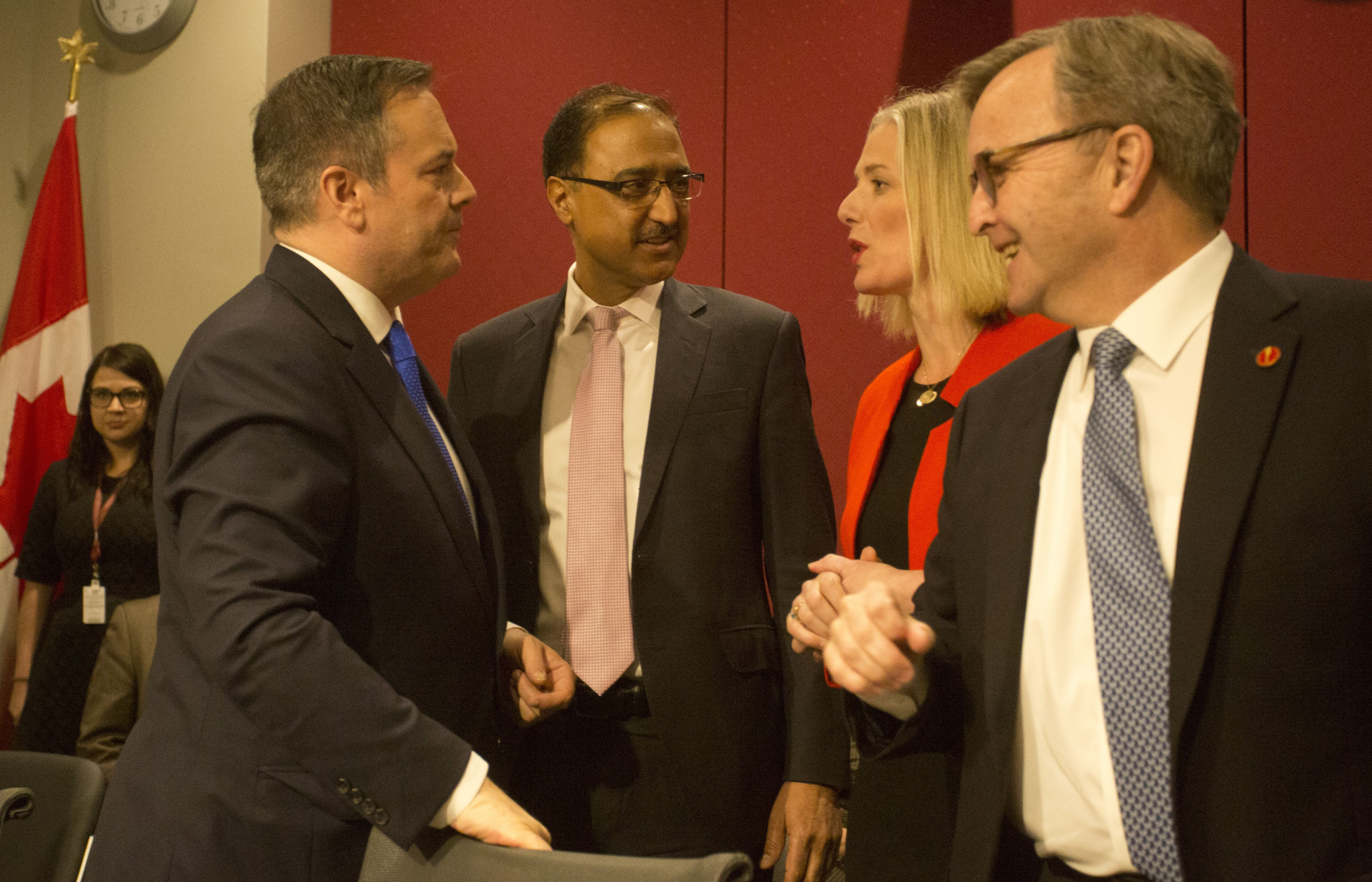 The two main factions in American politics are like slabs of granite — giant political structures that can’t move each other, seemingly stuck in place.

All the excitement comes down to a multibillion-dollar fight to persuade a handful of voters in a handful of states. The rest of the noise is just the Hatfields making the McCoys angrier, and vice versa.

Some days, it’s tempting to imagine the same type of polarization is starting to happen in Canada. Tempting but wrong. Except in Alberta, polling shows, voters are increasingly open to checking out their options. We aggregated almost 5,000 cases from our most recent surveys to shine a light on how so-called “base voters” seem to matter less than ever.

Let’s examine the idea of base voters in Canada today. If we define the term as people who will consider one and only one party, we’re talking about 28 per cent of the electorate.

They’re split between the Conservatives (13 per cent), the Liberals (eight per cent), the NDP (three per cent), Green (two per cent) and one per cent apiece for the BQ and the PPC. These voters may be important in fundraising and rally-making, but they aren’t going to decide the election.

The electoral power of the butterfly voters

The more crucial competition is over roughly five million voters who say they are considering three or more parties when it comes to how they will vote this fall. We’re choosing to call them butterfly voters.

Is five million a lot of people in a Canadian federal election? Elections are usually decided by a gap of less than two million voters, so, yes, this is a massive pool of voters.

Do these five million live in places where there are lots of seats to be won or lost? About two million in Ontario, one million in Quebec and 750,000 in B.C.

"A Conservative campaign designed to nurture and harvest the anger of the party’s base sometimes seems to be the default setting in Party HQ – but it could be the undoing of Mr. Scheer’s hopes," writes @BruceAnderson #cdnpoli

Are they considering all these parties because they have few strong views, and will probably stay home? No. Actually, they look about 10 points more likely to turn out than other people. They are far more likely to be active in their communities. They have views. They just haven’t made a decision, yet.

Of the butterfly voters, half voted Liberal in 2015 — today, the party has 35 per cent of that support. Almost all of what drifted from the Liberal column looks to be leaning Conservative or Green today. The NDP has not really picked up any support from this group.

What else do we know about the butterfly voters?

Compared to others, they are more worried about climate change and 19 points more likely to support a carbon tax. They believe in the value of immigration to Canada.

They are more positive toward Elizabeth May, Justin Trudeau and Jagmeet Singh. They are more likely than others to have negative views about Andrew Scheer, Jason Kenney and especially Doug Ford.

And despite the aforementioned drift, they’re not really hostile to the Liberals: they are 18 points more likely to approve of the Trudeau government’s performance.

There are less than 130 days left until Canadians decide who will run the country. Conservatives can win, but to do so, they can’t count only on their base. They must increase their share of butterfly voters, hope the butterflies splinter rather than coalesce around the Liberals or both. Issues like immigration and climate change are potential triggers for these voters, as are the choices of premiers Ford and Kenney. A Conservative campaign designed to nurture and harvest the anger of the party’s base sometimes seems to be the default setting in Party HQ, but it could be the undoing of Scheer’s hopes.

For the Liberals, the numbers reveal a risk of losing the election, not because there aren’t enough available supporters, but because the strength of their attachment with these voters has weakened. Rebuilding enthusiasm for their policy mix and leader is part of what’s needed, but so, too, is painting a contrast with the alternative on offer from Scheer.

While U.S. politics will likely continue to see deeper partisan entrenchment through the rest of this year and next, only the foolish in Canadian politics would choose that approach. We the North is brilliant branding because we sort of know what it means, without needing to spell it out. It’s an attitude, and it influences our politics, too.

Bruce Anderson is the chairman of Abacus Data. He is one of Canada’s leading commentators on public opinion and political affairs.

Updated at 10:45 AM on June 24: One of Bruce Anderson's daughters is a senior staff member in the office of the Prime Minister of Canada.

Good points. I'm happy to see this clear-eyed thinker writing for N.O. I started as dubious that these butterfly voters existed, but I trust Mr. Anderson's done the background analyses.

Very interesting, but I wish

Very interesting, but I wish Mr. Anderson would give us the full picture: Base, Butterfly, what about the rest? The Butterfly definition leaves out people who consider only two parties -- that would be a very large number, no?

That the 5 million Butterflies are a darn progressive bunch is heartening.