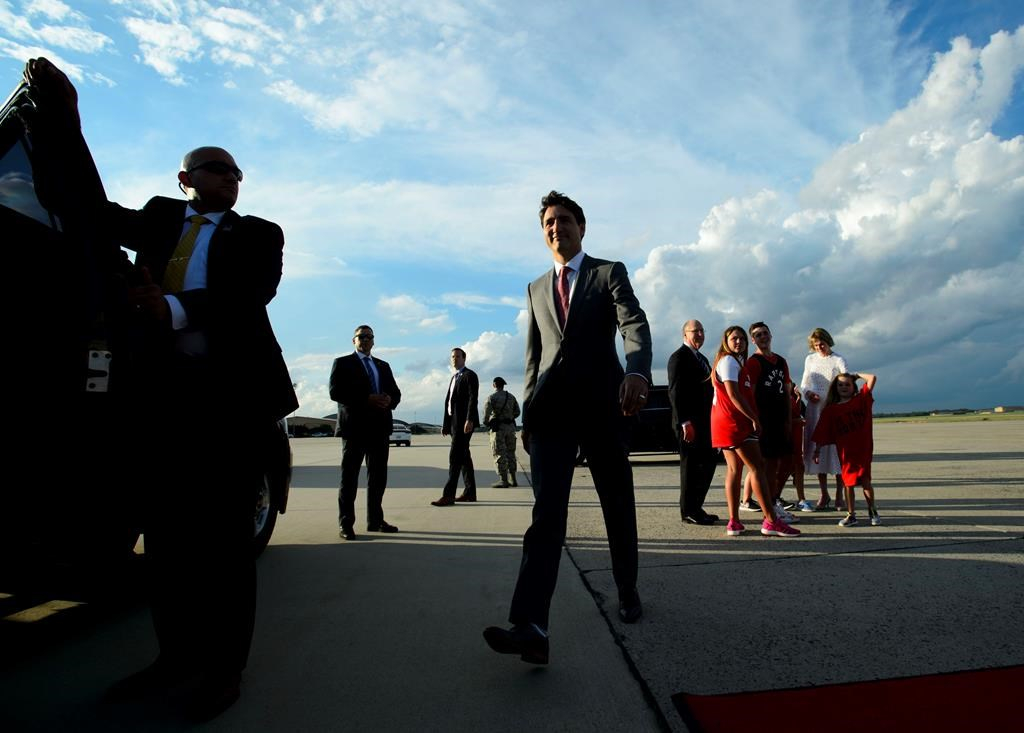 U.S. President Donald Trump says he will raise the issue of two Canadians being detained in China when he meets with the Chinese president next week, if Prime Minister Justin Trudeau wants him to.

Speaking to reporters as the two sat in the Oval Office, Trump vowed to do "anything I can do to help Canada" with the cases of Michael Spavor and Michael Kovrig when he meets China's President Xi Jinping at next week's G20 leaders' summit in Japan.

The two Canadians have been languishing behind bars in China since shortly after Canada arrested high-tech executive Meng Wanzhou late last year at the behest of U.S. authorities.

Canada has been caught in the crossfire after detaining Meng last December in Vancouver, where she awaits extradition south of the border to face allegations of fraud in violating Iran sanctions.

Trudeau's trip to Washington, including his third Oval Office visit since Trump was elected in 2016, is aimed primarily at pushing the new North American trade deal over the finish line in both countries.

But the two leaders say they will also discuss the situation with Iran, whose Revolutionary Guard shot down a U.S. surveillance drone on Thursday morning, deepening a conflict between the U.S. and Iran.