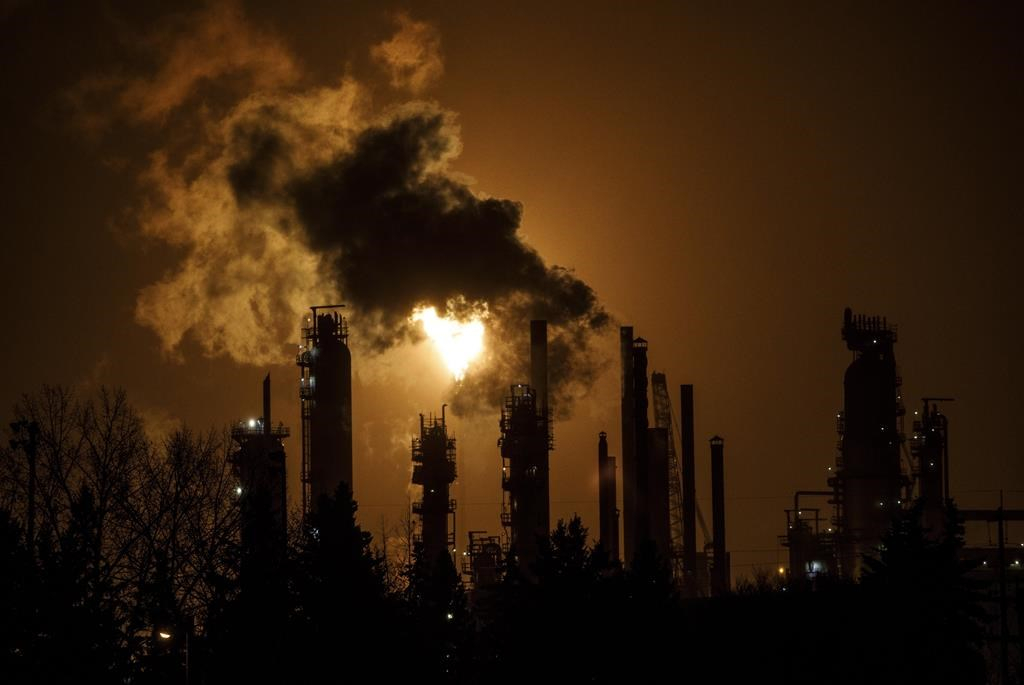 Alberta's justice minister says the province is asking for a legal opinion on the constitutionality of the federal government imposing its carbon tax.

At a news conference Thursday, Doug Schweitzer said the province has filed a reference case with the Alberta Court of Appeal.

"The federal government has recently announced that it will impose a carbon tax on Albertans starting January 1, 2020," he said in Edmonton. "Our government contends this constitutes federal overreach into our exclusive provincial jurisdiction to manage our own affairs in a way that is suitable to local conditions."

Schweitzer, who pegged court costs at about $300,000, said the province will use every legal tool at its disposal to fight Ottawa's carbon price and will "continue to support other province's challenges against this federal tax grab."

The federal tax has already been imposed on provinces that have not implemented their own carbon levies: Ontario, New Brunswick, Saskatchewan and Manitoba. All but New Brunswick have gone to court over it.

The Saskatchewan Court of Appeal ruled in May that a federally imposed carbon tax is constitutional. It also said that establishing minimum national standards for a price on greenhouse gas emissions falls under federal jurisdiction.

"It's insane that we would bring forward a similar challenge and expect something different in results," he said. "It's the same federal government, the same Constitution and it has been recognized ... on exactly the same question."

Sabir said it's a waste of taxpayer dollars.

Schweitzer said Alberta disagrees with the recent court decision and wants to put its own legal case forward as Saskatchewan looks to appeal to the Supreme Court of Canada.

"We'll be providing our government's full arguments and will present the court with a full evidentiary record that defends our right to make policy best suited to the needs of our province."

Alberta passed legislation earlier this month that repealed its provincial carbon tax and fulfilled a promise United Conservative Premier Jason Kenney made before the April election.

A spokeswoman for Federal Environment Minister Catherine McKenna said Kenney is following in the footsteps of other Conservative leaders.

"Instead of wasting taxpayer dollars in court fighting climate action, we would have hoped to see the premier join with us to fight climate change," said an emailed statement from press secretary Sabrina Kim.

"Jason Kenney knows full well that he's trading a made-in-Alberta approach to pricing pollution for the federal backstop. That's the choice he made when he decided to tear up Alberta's climate plan."

She said it all comes at a time when climate action is necessary and scientists have made it clear Canada is warming at double the global rate.

"The time to act is now," said the statement. "Canada has a serious plan, and it includes putting a price on carbon pollution because it's a practical and affordable way to cut pollution."

An average family of four can expect to get a rebate of $888 next year after the federal tax is applied in Alberta, Kim said.

Ottawa is also planning to direct some of the tax money toward making buildings more energy efficient.

Several studies have shown that British Columbia's carbon tax has decreased that province's emissions by 15 per cent and reduced its per-capita gasoline and natural gas use.

"We will also be joining the government of Alberta by seeking intervener status in Alberta’s reference case against the federal carbon tax, a tax that hurts hardworking families, communities and businesses across our nation," Moe said in a statement.

— With files from Dean Bennett