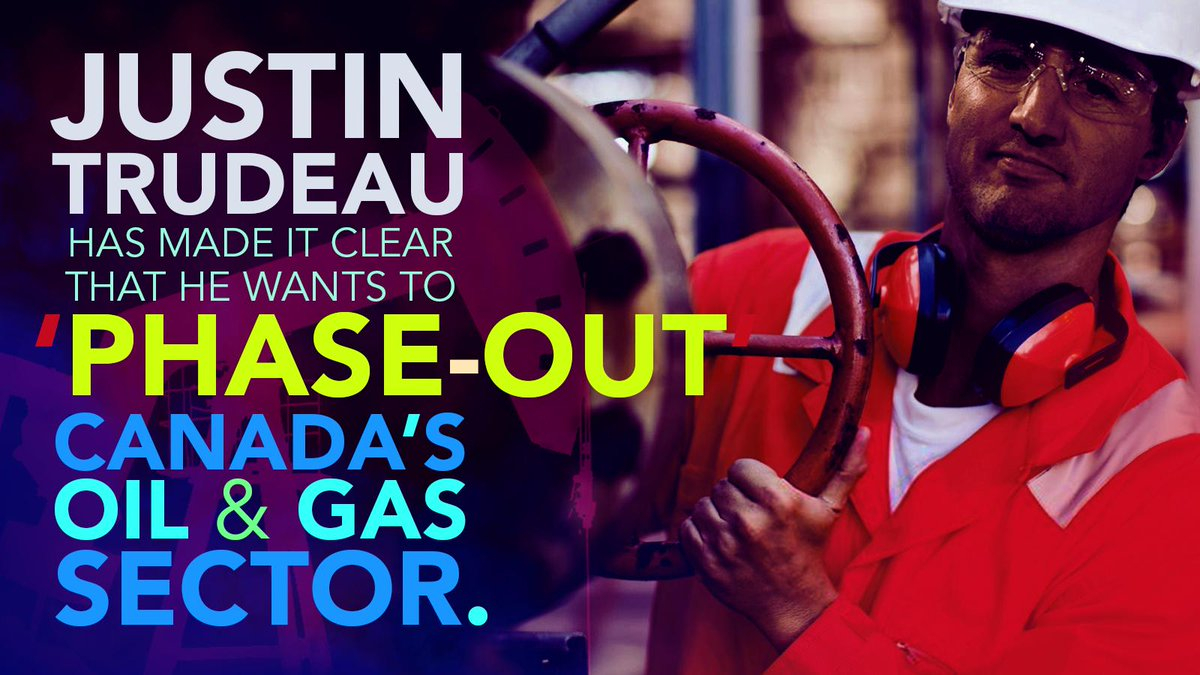 A graphic shared on social media by the Conservative Party showed Justin Trudeau with noticeably darker skin, his face edited onto a picture of an oil worker.
Previous story
Next story

The federal Conservative Party says a social media graphic that depicts Prime Minister Justin Trudeau as a dark-skinned oil worker is the result of a standard filter applied to many of their photos — not racism.

The photo, versions of which were posted to the party’s Facebook and Twitter accounts Wednesday morning, appeared to have been made by editing Trudeau’s face onto a stock image of a refinery worker, adding a purple tint and then darkening the graphic. “Justin Trudeau has made it clear he wants to phase-out Canada’s oil and gas sector,” text on the image reads.

Criticism began mounting after Twitter users pointed out the edits Wednesday evening, with some accusing the Conservatives of trying to vilify the prime minister. (Studies have shown humans have a psychological bias to associate darker skin with perceptions of immorality.)

“It’s a standard colour filter we apply to many of our graphics,” party spokesperson Cory Mann said in an email, to which he attached 18 examples of graphics he said used the same filter.

This has been Trudeau’s objective all along: to eliminate the industry with no regard for the hundreds of thousands of Canadians who rely on it.#cdnpoli pic.twitter.com/FsipKPvcOM

The other graphics Mann provided to National Observer included photos in which skin tones were tinted yellow, red, purple, green, grey, blue, orange and even pink. None included skin tones edited to appear dark brown, as the Trudeau graphic was.

Mann didn't specifically respond to questions about the response on social media, and whether the image should have been vetted more carefully. The office of Conservative Leader Andrew Scheer redirected to the party for comment.

Regardless of the intent of the image, it could stoke existing worries about racism in the Conservative Party, said Lori Williams, a political scientist at Mount Royal University in Calgary.

Criticism swirled on social media after @CPC_HQ posted a graphic that showed Justin Trudeau with significantly darker skin. But the party says it was a standard filter, not racism.

“Unfortunately, that's going to feed into concerns about racism that have been associated with the party in the last election and could resurface as a result of this,” she said, referring to criticisms raised in 2015 after the party under former Conservative prime minister Stephen Harper pledged to create a “barbaric cultural practices hotline.”

“It raises questions as to why (the image) was darkened,” Williams added. “The risk here is that it's going to look like it's trying to tap into not just the sense of general darkness, but that it might actually be directed against a certain racial group.”

It’s also strange to portray Trudeau as anti-pipeline, Williams noted, given that his government purchased the Trans Mountain pipeline last year and approved its expansion earlier this month.

Williams pointed to other recent race-related controversies the Conservatives have faced. Party MP Michael Cooper came under fire on May 30 for reading a portion of the New Zealand mosque shooter’s white-nationalist manifesto during parliamentary hearings. Soon after, in June, CBC reported that Cooper had referred to Muslims as “goat herder cultures” during a conversation about Canadian democracy back when he was a law student. (Scheer said the report, which National Observer has not verified, is “unsubstantiated” and Cooper remains in caucus, though he was removed from his justice committee position.)

Scheer and the Conservatives also took criticism in February for participating in a rally where racist and anti-immigrant messages were on display alongside people protesting in favour of pipelines. Scheer said he was there to support the energy industry, not the extremist messaging.

Then, in March, the party leader also faced condemnation for denouncing the terror attack in New Zealand without acknowledging that the victims were Muslim. Scheer’s office issued a new statement hours later saying his party was “grieving” with the Muslim community.

“It's very easy to spin this into the pre-existing impression that Conservatives oppose immigration for certain kinds of immigrants, that it may actually be racially or culturally motivated,” said Williams.

Never mind the myopic vision & failure to recognize the need for energy transition wtf is up with @CPC_HQ darkening Justin Trudeau's skin in this ad to further vilify him? That's some subtle racist shit right there #cdnpoli pic.twitter.com/hB3x4bPrMK

Williams said such spin would be similar to one the Liberals used successfully in the 2015 federal election. But she also noted that Canada’s political landscape has changed significantly since then — the ministers who were front and centre then are largely gone, and the world as a whole has seen a shift towards the extreme right — so it isn't easy to predict what the impact will be on this fall’s federal election.

“It's not clear whether this plays against the Conservatives, but when you start to stack these things up… it does raise questions about whether there is racism within the party, and that is problematic,” Williams said.

Similar questions didn’t seem to hurt Alberta Premier Jason Kenney, who was elected this spring despite backlash over his refusal to remove candidates who stepped down over racist comments from his United Conservative Party. But Williams said such issues could matter more in the more-complex world of federal politics.

“It's going to be much more problematic on the national scene than it would be in a place like Alberta that was facing a very particular set of issues in the election,” Williams said.

“This is a much more competitive, more multifaceted kind of campaign. And anything negative associated with the party is going to be problematic.”

With files from Fatima Syed

Of course there has to be a

Of course there has to be a phase out, which should have already started. When and if it does happen Trudeau won't be the one who does it. His record speaks for itself. He just walks away from the real challenges.

The real problem with this

The real problem with this image has nothing to do with Trudeau. Why am I, a taxpayer living in Alberta, being forced to fund this propaganda shit? Pardon my language, but if you think that this kind of "news" and photoshopped imagery wasn't funded by the $30million "war room" of Alberta's Kenney and friends (oil lobby who should be paying for their own advertisements, really), you are pretty dim.