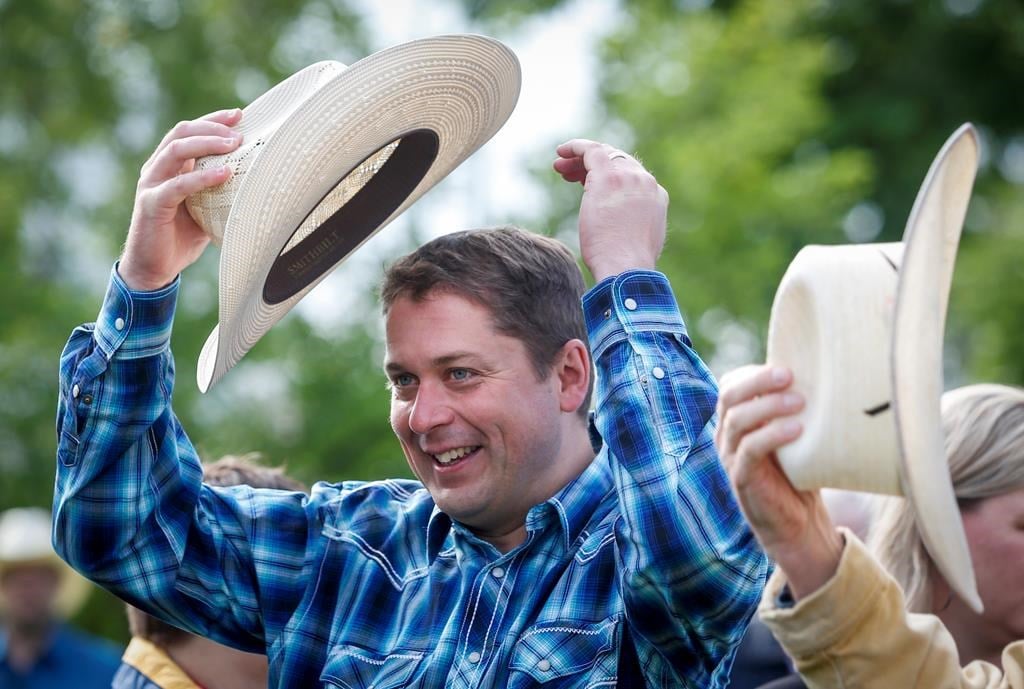 Federal Conservative leader Andrew Scheer made the rounds on the Calgary Stampede circuit on Saturday, with the aim of strengthening voter support in the traditional party stronghold ahead of this fall's election.

Andrew Scheer spent his day glad-handing and flipping pancakes in the only two Calgary ridings the Conservatives lost in the 2015 election. They were the first seats the Liberals won in the city in 47 years.

Anger has been simmering in Alberta over the Trudeau government's handling of the long-stalled Trans Mountain pipeline expansion, as well as over Liberal bills overhauling resource project environmental reviews and banning oil tankers from B.C.'s north coast.

But Scheer said he's not taking it for granted that shutting the Liberals out of Calgary will be a cakewalk.

"We know that every election we have to regain the trust of voters here. We have to send a message of optimism and hope," he told reporters.

"The fact that the federal government has not been there to support Alberta — not just that, but to kick it while it's down — that's been very tough for people here... Just a couple more months to go and then we can bring real change to Canada that gets people back to work."

Scheer started his day at a massive free breakfast served in the parking lot of Chinook Centre. The mall is in the Calgary Centre riding, where Liberal Kent Hehr is MP. Scheer manned the pancake griddle alongside the Conservative nominee for the seat, Greg McLean.

Scheer also had events scheduled in Calgary Skyview in the city's northeast. Darshan Kang won there as a Liberal in 2015, but now sits as an independent.

Both Kang and Hehr have faced sexual misconduct allegations. Kang left the Liberal caucus last summer. Hehr remains in the Liberal fold, but gave up his cabinet job.

A parade of politicians make a pilgrimage to Calgary every year during the city's famous 10-day celebration of cowboy culture.

Scheer is expected to deliver a speech at a Conservative Party barbecue Saturday evening and visit the Stampede grounds on Sunday.

Justin Trudeau's office has said the prime minister will also stop by the Stampede this year, as he typically does.

Maxime Bernier, who broke from Scheer's Conservatives to form the upstart People's Party of Canada, has a candidate announcement and barbecue planned in Calgary on Sunday.

When asked whether Bernier's party could siphon off Conservative support, Scheer replied with a grin: "Who's that? Sorry?"

"This election is going to be a choice between Justin Trudeau and the Liberal Party and myself and the Conservative party," he said.