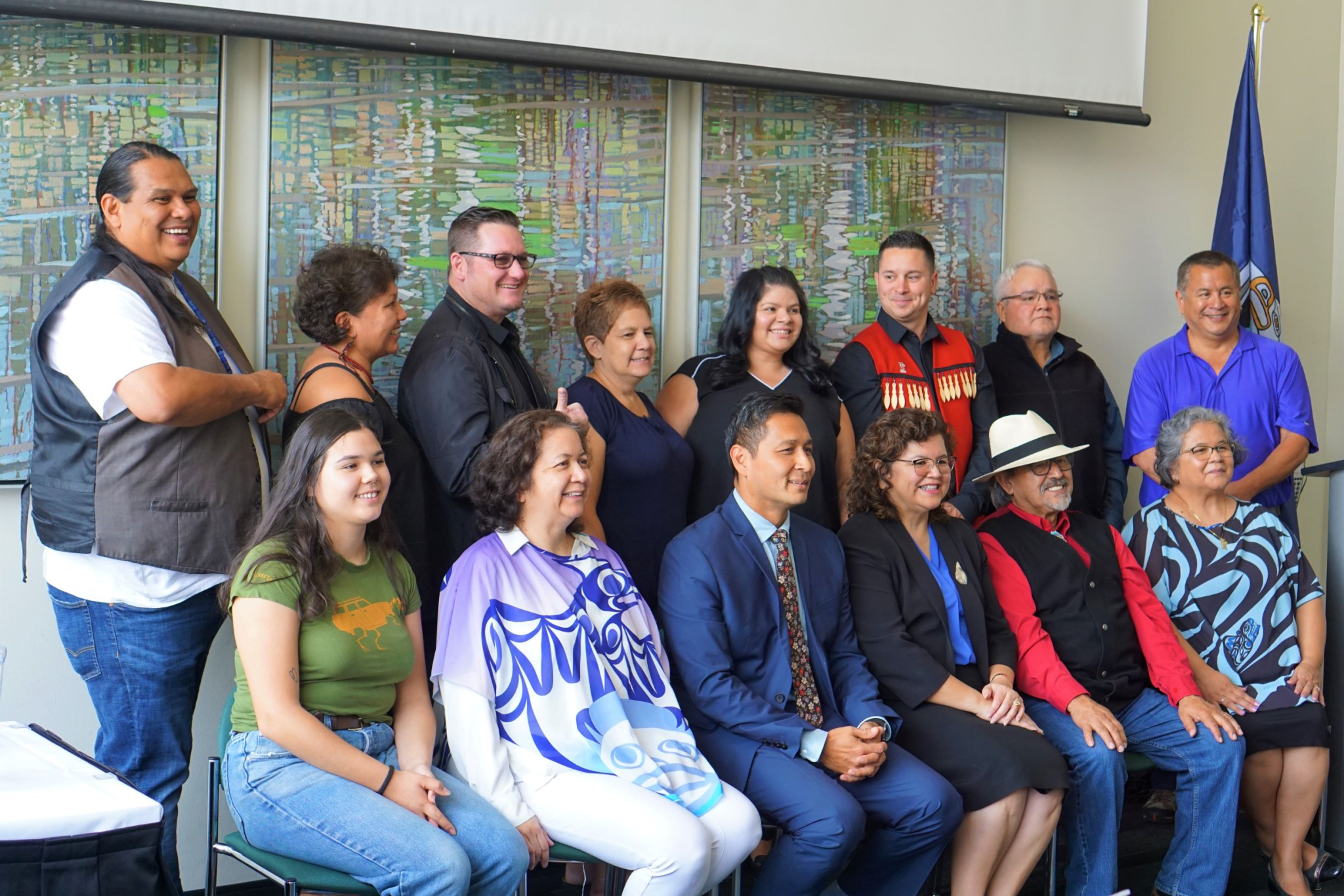 First Nations have taken their first step to bring the federal government back to court over its approval of the Trans Mountain expansion project.

Chief Leah George-Wilson of Tsleil-Waututh Nation said Canada was "not responsive" to concerns that came up during the consultation process, including those relating to the risks and costs of an oil spill, the impacts on southern resident killer whales and encroaching on Indigenous rights and title.

"Tsleil-Waututh participated in the consultation in good faith, again. But it was clear that Canada had already made up their mind as the owners of the project," she said. "We have no choice but to appeal again, and we expect the same result: that the approval will be overturned."

The nation will also argue that the government’s $4.5-billion purchase of the west coast pipeline system created a conflict of interest.

"Canada is biased. The federal government is in a conflict of interest as the owner, the regulator and enforcer, as well as the fiduciary for First Nations," George-Wilson said.

Under Canada's Constitution, federal government has a legal duty to consult First Nations on decisions that could affect their rights or way of life. But the Trudeau government failed to do this the last time it tried to approve the pipeline in November 2016.

As National Observer reported in April 2018, government insiders say senior public servants privately ordered them to find a way to approve the project before Trudeau announced his decision, despite telling Indigenous leaders the government was still consulting them.

Trudeau's government was eventually forced to reconsider the pipeline expansion project, then owned by Texas energy giant Kinder Morgan, after the Federal Court of Appeal quashed the approval last August. At the time, the court ruled the approval was based on a flawed environmental review and inadequate consultations with First Nations.

The Shxw'owhamel First Nation is also pursuing the new request for a judicial review, though it previously supported the pipeline expansion.

The nation's lawyer, Merle Alexander, says that due to risks to a sacred site, the nation has changed its mind.

He says part of the village was destroyed when the first line of Trans Mountain was built, and the second line would destroy the remaining village and burial sites.

If built, the new pipeline would triple the capacity of the existing Trans Mountain system, allowing it to transport up to 890,000 barrels of bitumen and other petroleum products per day from Alberta's oilpatch to a terminal in Burnaby, B.C.

Supporters of the project, including the oil and gas industry and business groups, say the project would allow Canadian companies to expand production in the oilsands region, which is home to the world's third-largest known reserves of oil after Saudi Arabia and Venezuela. Opponents say the project is too risky and will push Canada's climate-change goals out of reach.

Alexander says Shxw'owhamel is further concerned because its sole water source is an aquifer that lies right beneath the existing pipeline.

The Stk’emlupsemc te Secwepemc Nation is also joining the legal action to protect a sacred site called Pípsell. The nation recently fought a proposal for a mine at the same site.

Kukpi7 Ron Ignace is chief of Skeetchestn Indian Band, a member of Stk’emlupsemc te Secwepemc Nation. He says the nation will also be arguing that consultation was inadequate.

"We were met with the same response as last time. A closed mind and a heavy hand," he said. "Trans Mountain Canada has never made an effort to consider reasonable alternatives to the proposed rebuilding of the pipeline."

Trans Mountain and the federal government maintain they met their obligations. A Trans Mountain spokesperson told National Observer by email the expansion was approved after “many years of engagement and consultation with Indigenous groups, communities and individuals” and assessing “the various scientific and technical evidence.”

Vanessa Adams, press secretary for the office of Natural Resources Minister Amarjeet Sohi, said the government remains confident it took the necessary steps of consultation laid out by the court when it overturned the government’s approval on Aug. 30, 2018.

“We fulfilled our duty to consult with Indigenous communities by engaging in meaningful, two-way dialogue,” she said in an email.

Adams pointed to progress Canada has made toward its climate goals, including measures to protect southern resident killer whales and establishing a $1-billion nature fund. As well, the government has committed that “every single dollar we earn from the project will be invested in Canada’s clean-energy transition,” she said.

But Indigenous leaders today called for more consultation and deeper study into the effects of a spill, as well as the effects of increased noise from tanker traffic on southern resident killer whales.

Alexander said he expects the court to take "a much more forensic look into the way consultation actually occurs" and to investigate whether Canada’s ownership of the pipeline puts the government in a conflict of interest.

Now that the First Nations have filed their request with the court, the next step is to wait for the Liberals’ response.

A collection of environmental groups also filed a motion to the Federal Court of Appeal on Monday.

Ecojustice, an environmental law charity, will argue the government’s decision to approve the pipeline expansion will endanger southern resident killer whales in violation of the Species at Risk Act.

Big thank you again to these

Big thank you again to these First Nations for standing firm in upholding their Constitutional rights to be meaningfully consulted and to say no to this pipe dream which would so adversely impact their unceded territories. It will also adversely affect all us with it's devastating climate change and inevitable spill and safety impacts, so tens of thousands of us informed settler allies without vested interests will back them up in any peaceful way we can!

As long as consultation is

As long as consultation is NOT EQUAL to consent, the feds have NOT done their job!!!

I have been reading Iacobucci

I have been reading Iacobucci’s report on the consultation with First Nations.

It is quite clear on reading it that there was never any possibility of recommending rejection of the pipeline. I have not seen any reviews of it, and am not surprised as in its 236 pages the language seems designed to put one to sleep. I have not quite finished it but have not encountered any mention of serious issues.
If it was an assignment by one of my students I would have returned it with a requirement for major revisions.

Sounds like you are a good teacher.........we need more of those. Unreadable government reports on matters as serious at this pipeline, should be against the law.

First Nations have shown the

First Nations have shown the courage to stand up to corporate power. if the rest of us did the same, we could perhaps stand a chance of meeting our commitments regarding the Paris Accord and secure a future for our children.

The absolute truth. And

The absolute truth. And since money seems to be what so many dominant groups value, we believe that sending money to the brave souls fighting for the earth, is one good way to stand with them. I like to sign my pledges 'Jason Made me Do It"...but that's just my sense of humour I suspect.

Let's be fearless for the earth and stand with her defenders wherever and however we can. Let's be fearless and tell Jason his war room doesn't scare us, climate change scares us. We don't have much time.