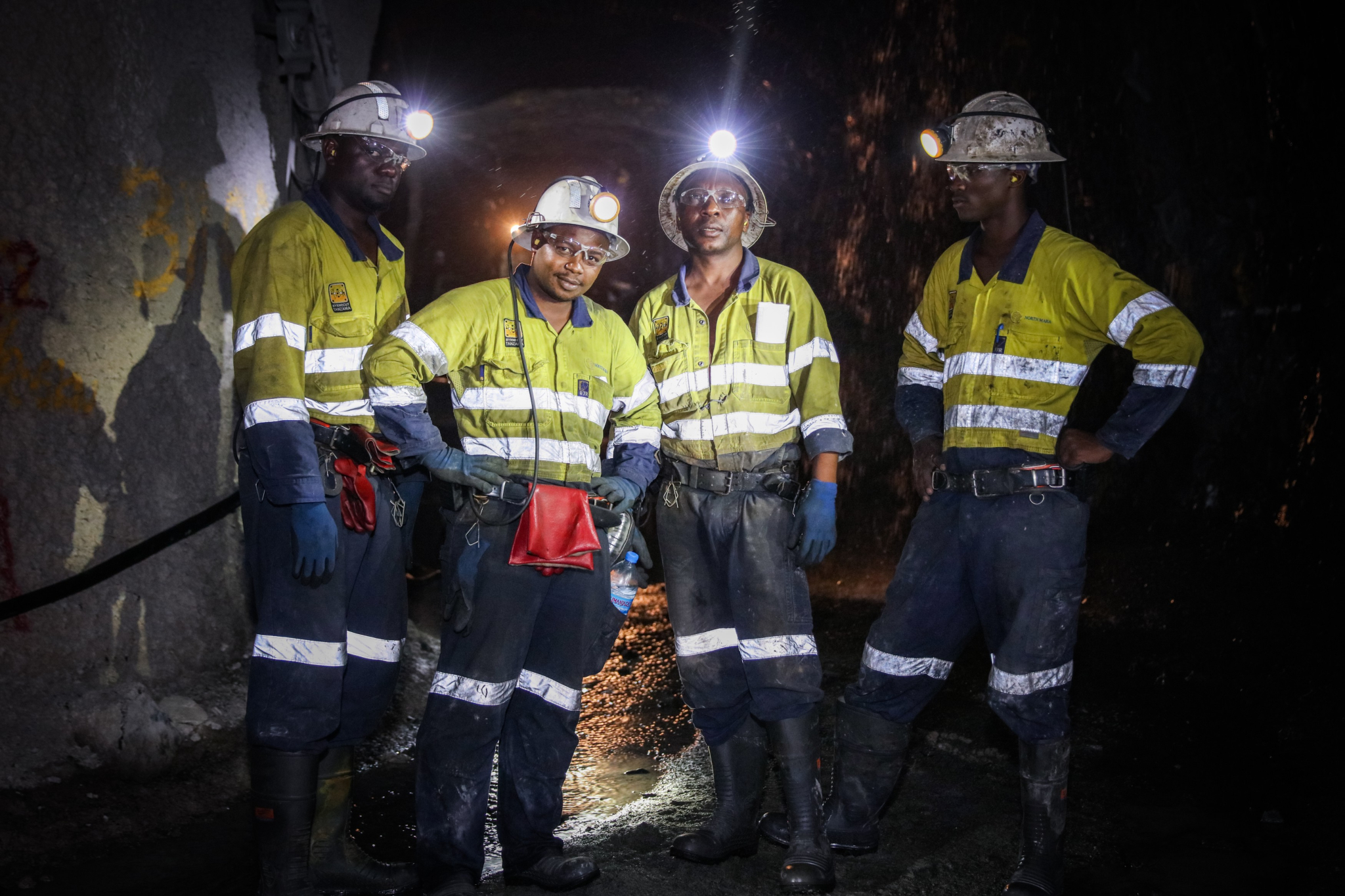 Canadian embassy staff in Africa and officials in Ottawa paid little attention to allegations of human rights abuses at a mine in Tanzania as they sought to aid Barrick Gold Corp. in a tussle with the east African country’s government, internal emails show.

Acacia Mining, a U.K.-based subsidiary of Barrick Gold, has been accused by MiningWatch Canada, U.K.-based Rights and Accountability in Development (RAID) and others of complicity in the deaths and injuries of scores of people living near the North Mara gold mine in the remote north of the country at the hands of its own private security forces and Tanzanian police.

The company, the largest investor and employer in Tanzania, says it is working to limit violent interactions between those securing the site and nearby villagers, who often trespass in hopes of finding specks of gold in piles of waste rock.

People desperate for income pan for residual gold in the waste rock Barrick Gold subsidiary Acacia Mining dumps at its North Mara mine in Tanzania. Photo courtesy of Catherine Coumans

It said it has helped fund human rights training for police in the region and engage more constructively with nearby communities, and that the frequency of incidents decreased by a fifth in 2017, compared with 2016, according to a sustainability report from 2017. It said two intruders onto the mine site died in 2017 (one with police involvement and one who drowned), down from 17 in 2014.

In July 2013, 12 people filed a civil claim in the U.K. courts against the company alleging complicity in the killing by police of six villagers at North Mara in 2011. It was settled out of court in early 2015.

Yet briefing documents from 2017, obtained by Ottawa researcher Ken Rubin under Access to Information legislation, show that the Trudeau government — which had pledged to create a more ethical foreign policy — focused almost exclusively on how to boost the fortunes of the world's largest gold miner despite sustained on-the-ground reporting of abuse allegations.

The briefing documents only references to the deaths appear in an email dated April 28, 2017, and signed by an official in Global Affairs Canada’s Southern and Eastern Africa Bilateral Relations Division.

“Africa Barrick Gold (Acacia Mining since 2014) has had a history of clashes with intruders from local villages surrounding its North Mara gold mine,” the email reads, blaming poverty that leads small-scale miners to invade the site, and poor training for security guards for the violence.

A Canadian civil servant duly noted allegations of violence at the North Mara mine in Tanzania, operated by a subsidiary of Barrick Gold Corp, and then the diplomatic corps moved on to economic and business interests, internal emails reveal.

The documents also appear to take Acacia’s denial of responsibility at face value, with talking points drawn up that stress any death is unfortunate and that the allegations are disputed by Acacia. 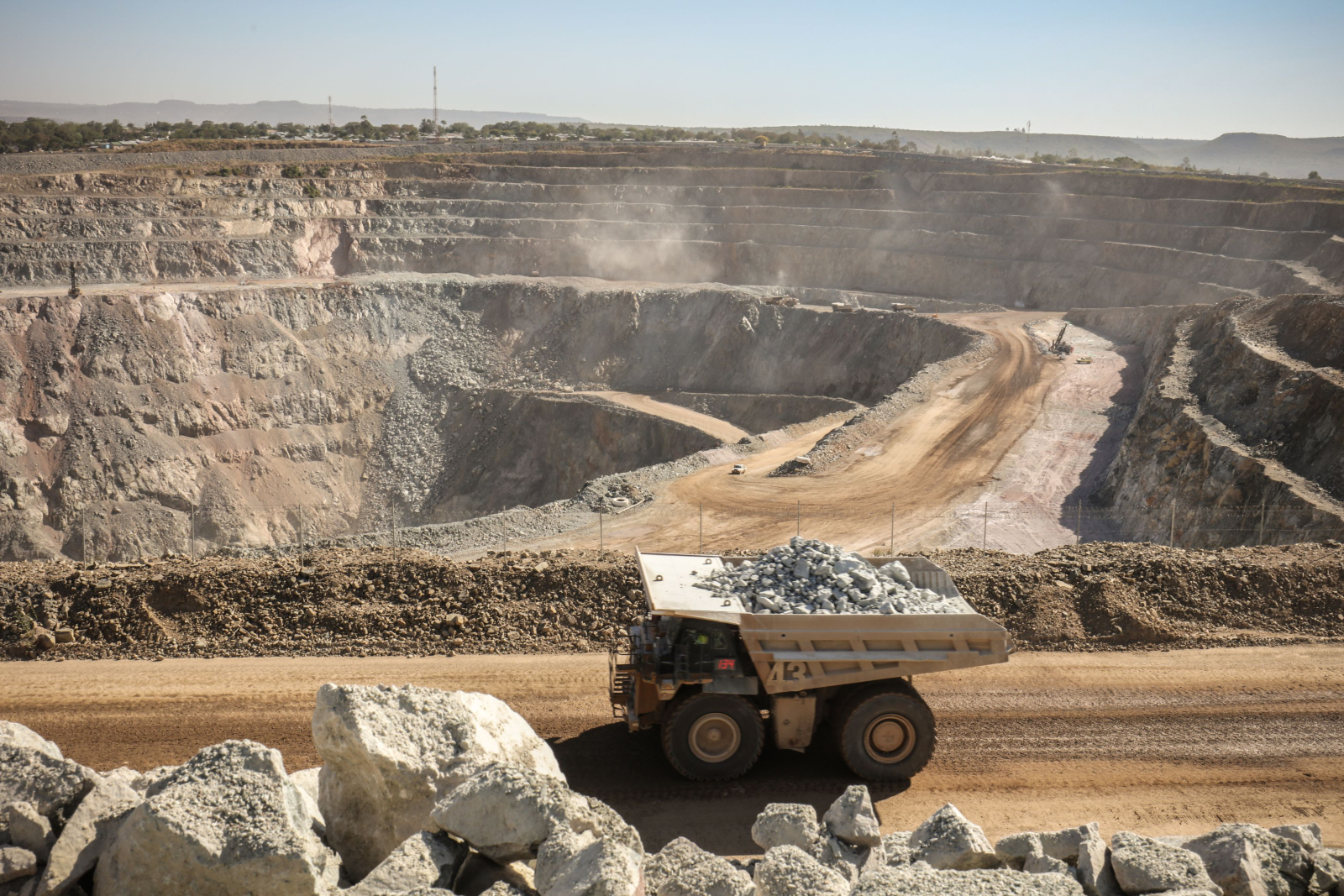 The note was one contribution to a broader briefing document civil servants compiled for embassy staff and trade commissioners in the Tanzanian capital, Dar el Salaam; Lusaka, Zambia; and Johannesburg, South Africa. Most of the briefing focuses on defending Barrick and Acacia in a tax dispute and against a ban on raw-material exports, as well as backing fellow Canadian miner First Quantum Minerals in similar disputes in neighbouring Zambia.

The Global Affairs official’s email notes a Tanzanian government report from July 2016 that acknowledged police had killed 65 people and injured another 270 in ongoing clashes at North Mara. The Tanzanian report did not address deaths and injuries resulting from altercations between villagers and private mine security.

MiningWatch Canada and RAID U.K. said in 2016 that their own investigation found 22 cases of alleged unlawful killings by police or mine security personnel at the site, mostly since 2014.

The Global Affairs official’s email notes that Acacia “made a statement fully refuting the reported allegations...on fatalities at the North Mara mine due to Acacia’s security personnel,” which is managed by a company called Assaye Risk.

The next paragraph was almost completed redacted in the documents National Observer reviewed, and there was otherwise no mention of any action the Canadian government took or planned to take to investigate further.

Global Affairs Canada, the civil service department in charge of both diplomacy and trade promotion, said in response to questions about the case that it condemns all forms of violence and violations of human rights and expects Canadian businesses to respect international and human rights law.

That is why the government appointed Sheri Meyerhoffer to the newly created role of Canadian Ombudsperson for Responsible Enterprise (CORE) to “review allegations of current human rights abuses arising from Canadian company operations abroad in the mining, oil and gas and garment sectors,” spokesperson Sylvain Leclerc wrote in an emailed response to questions.

She did not respond to questions about whether the government had made any efforts to verify the reports about North Mara, about the department’s policy framework for dealing with such allegations, or if Meyerhoffer was investigating.

In response to queries, Meyerhoffer pointed out that her office is still being set up and that they “hope to be fully operational later this year.”

Meyerhoffer was hired for the CORE role in May, more than a year after the Trudeau government first said it would create the office to keep an eye on bad behaviour by Canadian companies abroad, but it is still not clear if the position will be granted the power to compel witnesses and documents.

Global Affairs’ Leclerc said the government is aware that Acacia “has taken steps to address alleged human rights abuses at the North Mara operations in Tanzania by signing a memorandum of understanding with local police that ensures they are trained on human rights.”

“We urge all parties to continue efforts to improve human rights,” she wrote.

Barrick did not respond to queries about the company's engagement with the Canadian government about the allegations.

In the 2017 briefing email, the focus quickly turns to the export ban and tax dispute, as well as comments made by Tanzanian President John Magufuli suggesting an Acacia subsidiary could have a prospecting licence revoked so the property could be shared among 5,000 small-scale miners.

It suggested how to respond to possible media inquiries, suggesting an acknowledgment that the history of deaths and injuries “is very unfortunate, whatever the circumstances” but noting the claims are not new and have been disputed by Acacia.

The rest of the 50-odd pages of briefing documents largely focus on economic and trade policy.

No outreach to human rights defenders

The suggested responses to media parrot the company’s line that it has been working to address the situation for some time, “including through the implementation of a community engagement program aimed at reducing the number of incursions at the mine site.”

But Catherine Couman, a researcher from MiningWatch Canada, says government officials have never reached out to her to discuss her findings.

“It is surprising to me that embassy staff in these countries and Global Affairs Canada officials here in Ottawa, who say they are concerned with human rights impacts, particularly on women and children, do not reach out to us to discuss our findings and reports,” said Coumans, who makes annual visits to Tanzania to research the reports she writes for MiningWatch Canada. “These discussions only ever happen if we ourselves request a meeting.”

With no sign yet that the new watchdog will be given sharper teeth than the maligned National Contact Point it is set to supersede, critics say the Liberal government is missing an opportunity to put major corporations on notice about their activities abroad.

“Unfortunately, past practice shows that states — including Canada — have little appetite for taking seriously complaints of human rights abuses committed abroad by their corporate citizens,” said Audrey Macklin, the director of the Centre for Criminology and Sociolegal Studies at the University of Toronto.

“The current Liberal government promised a more ethical approach, but the limited powers they have granted to the new ombudsperson will limit what she can do, and how effective she can be.”

The entire extraction sector seems to believe that once it secures rights (through bribery/corruption too?)to mine for a specific substance from a particular plot of the earth's mantle, that it then has carte blanche to despoil, disrupt, impoverish, evict, contaminate, poison everything/every creature surrounding and "downstream" from its operations. So far, the rest of us, have been spectacularly unsuccessful in halting their devastation, or worse yet, in forcing them to clean up their trashing of the environment. Their "business model" does not allow for such niceties. Given the unaccountable riches these companies have ripped out of the planet, and the dead moonscapes they leave in their devilish wake - we have a very good foretaste of exactly what this plundered astral body will look like once all life on it has been extinguished. I'm curious about the fate of all those substances so wretchedly torn up, manipulated, turned into wholly unnatural toxins, strewn around with no humans left to try to turn them into gold again....

Thank goodness there won't be anymore noxious, snivelling politicians and sychophantic apparatchiks either, trying to make evil look like virtue.

"Tanzanian President John Magufuli suggesting an Acacia subsidiary could have a prospecting licence revoked so the property could be shared among 5,000 small-scale miners."
Canadians should be so lucky as to have a national leader who would do the same.
Except that, things being as they are, Tanzanian leadership might be as likely as any other state to be silenced with a nice "gift."