Concerns mount over 'criminalization' of detained migrants in Canada 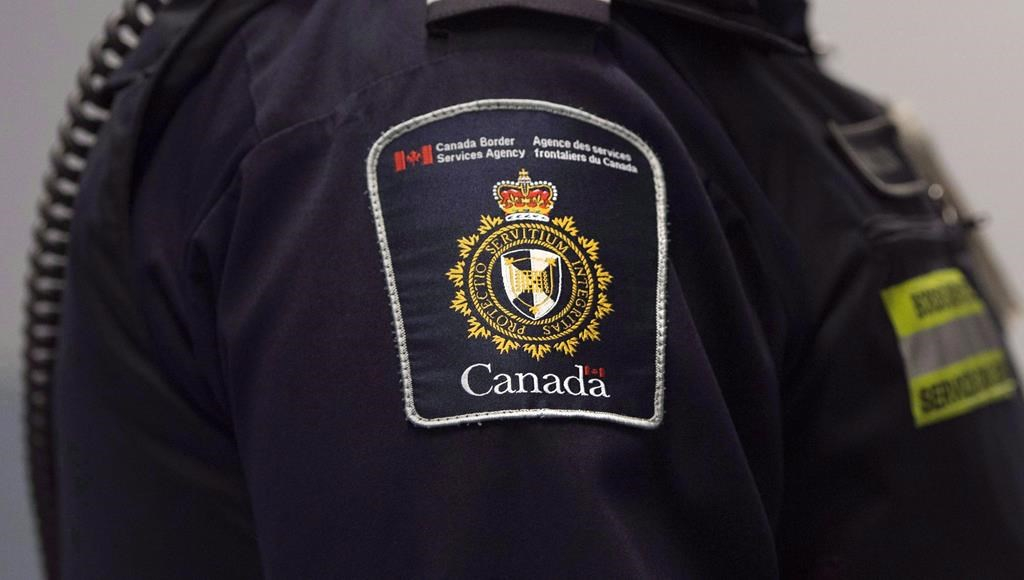 Canada's border-security agency will soon require all border-security officers working with detained migrants to wear defensive gear that includes batons, pepper spray and bulletproof vests — a policy that is drawing concern over a perceived "criminalization" of asylum seekers.

A new national policy on uniforms was adopted internally last year after the Canada Border Services Agency (CBSA) began moving what it deems "higher-risk immigration detainees" from provincial jails, where they were being held for security purposes, into one of the agency's three "immigration holding centres."

The agency decided all officers working in these centres must be outfitted in protective and defensive equipment to ensure a "common operational approach" especially in light of the newly transferred migrants previously held in jails, according to a briefing note obtained by The Canadian Press through access-to-information law.

"This will require greater CBSA officer presence in managing detainee populations at the IHCs, including the ability to de-escalate and intervene physically if necessary," the briefing note says.

"Ensuring that IEOs (inland enforcement officers) wear their defensive equipment will enable officers to protect/defend themselves and others if necessary in the IHC."

The defensive gear they are to wear includes steel-toed boots, "soft body armour," a defensive baton, pepper spray and handcuffs. They will not carry firearms.

The changes have sparked concern this will create an environment within immigration detention centres akin to jail conditions and encourage the perception that detained migrants in Canada, including some children, are criminals worthy of punishment.

"We applaud your efforts to reduce the number of immigration detainees held in provincial jails. But raising security measures in an administrative detention centre to mirror those of a criminal institution defeats the purpose of transferring immigration detainees from jails to IHCs," says one letter, dated June 22, 2018.

"The proposed policy would arm CBSA officers with some of the same tools as correctional officers in maximum-security facilities ... (which) is clearly disproportionate to any potential risk and is not warranted."

Concerns have also been raised internally by the union that represents the security officers themselves, who are worried about the increased risks of having weapons in the mix if a high-risk situation or confrontation does arise.

Anthony Navaneelan, a layer with Legal Aid Ontario who also works with the Canadian Association of Refugee Lawyers, said it's not every day the border-security union and migrant-advocacy groups agree.

Wearing defensive gear when dealing with refugees is "inappropriate and unnecessary," Navaneelan said.

He pointed to a 2012 report by the UN special rapporteur on the human rights of migrants, Francois Crepeau, that said detention of migrants on the grounds of their irregular status should "under no circumstance be of a punitive nature" and should never involve prison-like conditions or environments.

"The idea of getting them out of jails is to recognize the fact that it can re-traumatize refugee claimants to be putting them in detention to begin with when they've committed no crime," Navaneelan said.

"Also in terms of necessity, CBSA hasn't identified for us any incidents that have happened at the immigration holding centres that would warrant these types of measures. Certainly I'd, at best, call this a proactive measure in anticipation of some future concern ... but we certainly think escalating or creating an environment where officers are equipped with these types of measures is almost a solution in search of a problem."

In a statement, CBSA spokeswoman Rebecca Purdy said the agency's operating procedures say officers "must" wear the protective and defensive equipment issued to them while on duty.

The decision to equip officers working in migrant detention centres with uniforms and defensive gear was made "to ensure national alignment of CBSA standards for its operations and is consistent with practices implemented domestically and internationally as it relates to detention," Purdy said.

As for the concerns raised by the lawyers, doctors, human-rights groups and the officers' union, CBSA "ensured that there is a balance reflected between the safety and security of officers and other detainees," Purdy added.

Asylum-seekers in Canada can be detained for a number of reasons, including if CBSA officers have reason to believe they would be deemed inadmissible on grounds of security, criminality or records of violating human or international rights themselves.

A migrant also can be detained simply if a CBSA officer believes the person might be a no-show for his or her refugee-determination hearing. The vast majority of migrants detained by Canada are held for this reason, according to government statistics posted online. Last year, 81 per cent of detained migrants were held because they were deemed unlikely to appear for their hearings, including 40 children, most of whom were travelling with adults.

Janet Dench, executive director of the Canadian Council for Refugees, said her organization was assured that migrants detained for administrative reasons such as this would be separated from those suspected of criminality when held in Canadian detention centres.

She questioned why CBSA officers will be required to wear defensive gear in all areas of these centres, rather than only in wings where migrants suspected of being security or criminal threats are being held.

"The CBSA should very much reduce the criminalization of those people who are detained," Dench said.

I wasn't old enough during

I wasn't old enough during the second world war to know about or understand the detention centres, concentration camps, POW camps etc. that proliferated at that time. Nor did I know about the ways both the U.S. and Canada refused asylum to the Jewish refugees from Nazi genocide.

However, it appears that those ignoble and ugly episodes of fear and politicking, along with the hate mongering against immigrants in general - especially those not WASP - is rearing its monstrous hydra head again. I guess the world's white minority has entered the full blown linear panic mode that always lurks in its primitive dinosaur brain.