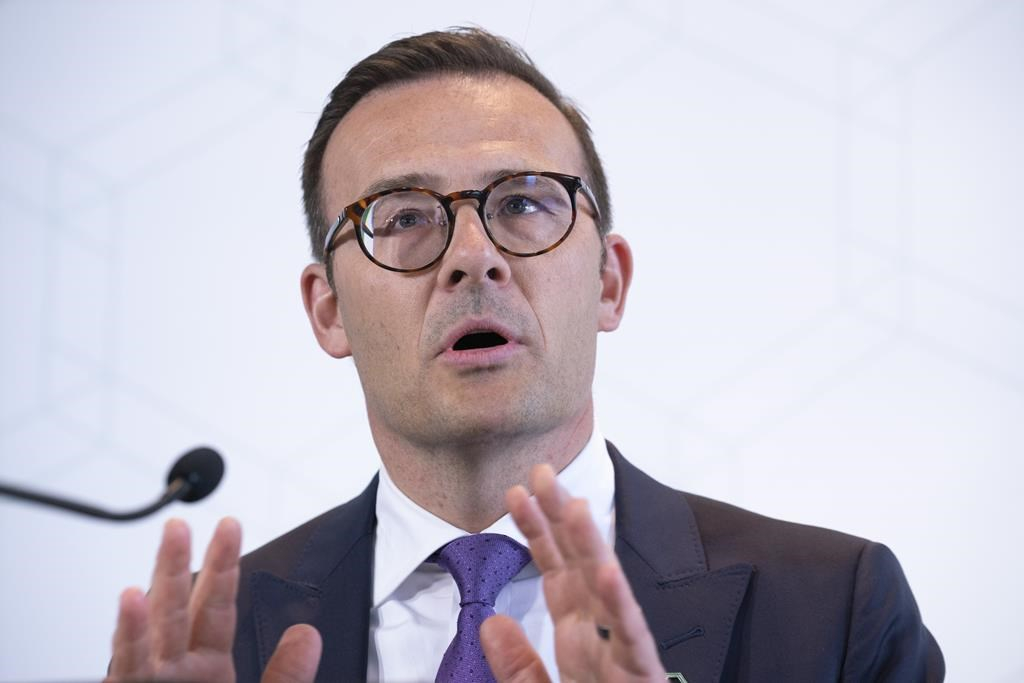 Desjardins President and CEO Guy Cormier delivers a statement during a news conference in Montreal on June 20, 2019. File photo by The Canadian Press/Paul Chiasson
Previous story

A parliamentary committee will grapple this afternoon with the consequences of a major data breach at Desjardins Group.

The Quebec-based financial institution said a single employee, who has been fired since the breach was detected in December 2018, was responsible. A police investigation into the incident is ongoing.

John McKay, the Liberal chair of the committee, said prior to the meeting several witnesses were set to appear, including cybersecurity experts from the RCMP, as well as other government officials and Desjardins employees.

Conservative Leader Andrew Scheer has called for the committee to examine whether issuing new social-insurance numbers to Desjardins members could protect them from identity theft and further privacy violations.

In addition to the committee's study, privacy commissioners in Ottawa and Quebec will be working in tandem to investigate the issue and determine whether Desjardins had adequate data-protection policies in place.

Speaking to reporters Monday, Desjardins' chief executive Guy Cormier said 13 per cent of the co-operative's members — more than 360,000 people — had signed up for credit monitoring through Equifax, one measure Desjardins is offering to protect victims of the breach.

Desjardins says it will offer any clients who been victims of identity theft access to lawyers and experts and reimburse them for certain expenses incurred as a result of such a theft.