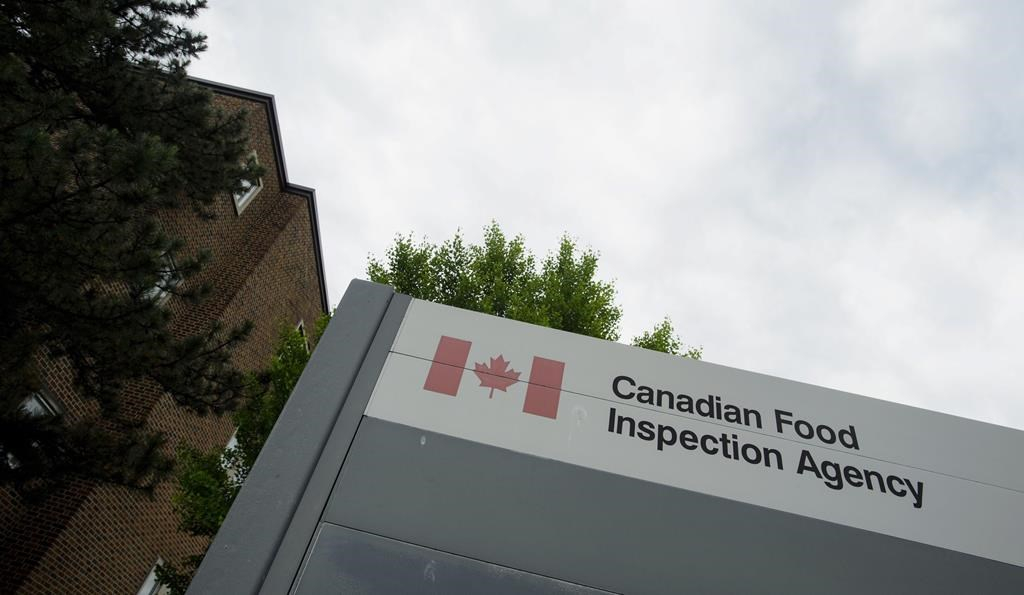 Canadian inspectors intercepted nearly 900 food products from China over concerns about faulty labels, unmentioned allergens and harmful contaminants that included glass and metal between 2017 and early 2019, according to internal federal records.

The document provides an inside look at imports from China that caught the attention of officials for appearing to fall short of Canadian standards — from gum balls with "extraneous" metal, to three-minute chow mein that contained an insect, to spicy octopus feet flagged for a "non-specific hazard."

The list, compiled by the Canadian Food Inspection Agency, was obtained through access-to-information law.

Its release comes at a time of significant public interest in Canada about cross-border food inspections, especially those involving China.

The scrutiny of agricultural goods has been central to a diplomatic dispute between Canada and its second-biggest trading partner. Bilateral frictions have intensified since the December arrest of Huawei executive Meng Wanzhou in Vancouver and China's subsequent detention of two Canadians on espionage allegations.

The governing Liberals have come under pressure from rival Conservatives to respond by taking a harder line when it comes to Chinese imports.

In recent weeks, China asked Canada to suspend all its meat-export certificates to the Asian country after Chinese customs inspectors detected residue from a restricted feed additive, called ractopamine, in a batch of Canadian pork products. A statement by China's embassy in Ottawa said the investigation uncovered at least 188 forged veterinary health certificates and argued the Canadian system had "obvious safety loopholes."

Chinese authorities have also blocked imports of Canadian canola seeds, alleging they found pests in some shipments. The federal government says it has tried unsuccessfully to send a delegation of inspectors to China to examine the evidence.

The economic consequences of China's trade actions on Canadian food shipments, as well as the detentions of Michael Kovrig and Michael Spavor, are widely seen as attempts by Beijing to pressure the Liberal government into releasing Meng.

The list from the Canadian Food Inspection Agency shows it's not uncommon for inspectors to raise concerns about imports from China.

Between the beginning of 2017 and the end of February this year, agency officials "detected problems" with 889 food or food ingredient imports into Canada from China, according to the document.

Only four food shipments, however, from China were refused entry into Canada over that period, CFIA's quarterly reports show.

An agency spokeswoman said CFIA investigates concerns to determine if it's a hazard or fails to comply with Canadian standards. When necessary, she said officials take action — including minor label corrections, recalls, product seizure, entry refusals and the cancellation of licences.

Agriculture Minister Marie-Claude Bibeau said in an emailed statement that the issues in the CFIA list do not necessarily correlate to a particular problem with imported food products from foreign countries.

"This is a list of cases reported to the CFIA that informs operational and follow-up activities to verify compliance and take any appropriate actions, in accordance with laws and regulations," Bibeau said.

"The Canadian food safety system is strong and recognized as one of the best in the world and the government is confident in all products approved by the CFIA as safe for local consumption as well as for export."

The list only provides numbers for China and does not include comparable numbers for Canada's other trading partners.

Conservative Leader Andrew Scheer recently called on Prime Minister Justin Trudeau to step up inspections on all products from China and to consider slapping tariffs on imports.

Bibeau's office has said Canada has no intention of increasing inspections on Chinese imports.

Sylvanus Kwaku Afesorgbor, an expert in agri-food trade and policy, wrote in an email that Canada would likely take a long time before implementing actions against Chinese imports.

"Canada will always play to the rules and exhaust all democratic channels available through international trade agreements such as (the World Trade Organization)," wrote Afesorgbor, an assistant professor at the University of Guelph.

"Any retaliatory action may result in trade war and that may negatively affect the two countries."

Glenford Jameson, a Toronto-based lawyer with expertise in the food sector, said the CFIA list provides an extra level of detail that's usually omitted from public documents. He added that none of the concerns flagged in the document are highly unusual.

"This list is a list that wouldn't be surprising from any country, including the United States, and is really just a byproduct of having a stringent food-inspection and food-regulatory system," Jameson said.

"No food commodity is traded at 100 per cent perfect compliance all the time."

Those of us who blithely take

Those of us who blithely take for granted the safety of our globalized, multi-nationalized, highly processed food supply are living in a dream world. Industrial scaled, food production and processing can never be made 100% safe, any more than back-yard food production can. Human error (whether intentional or inadvertent) is the one certainty we must never forget. Such error, amplified through the global food distribution system, is prone to the spread of world wide contamination.

Food inspection/quality control, where it exists, is a feeble bulwark - especially against intentional malfeasance.

Political playmaking within this context represents the cynicism of "leadership" that has no moral or ethical framework except power and greed.

Canada is grossly irresponsible in this matter--and apparently the government intends to continue so.

Clearly, quality control on many made-in-China goods is inadequate, and results in danger to those who buy the imports.

Nearly 900 items--and those are just the ones that CFIA caught.

Why are we not taking action on this issue?

The issue here, however, is

The issue here, however, is North American licensing of feed additives harmful to humans who eat the meat all in the name of faster and higher profits, and the Canadian industry objecting to China attempting to enforce its higher standards in this particular regard.
As Betsy pointed out, anyone who thinks the Canadian home-grown food supply (or water, or air, for that matter) is "safe" has been asleep at the switch ... for a long time.