You used to call me on my cellphone: Doug Ford's number out of service 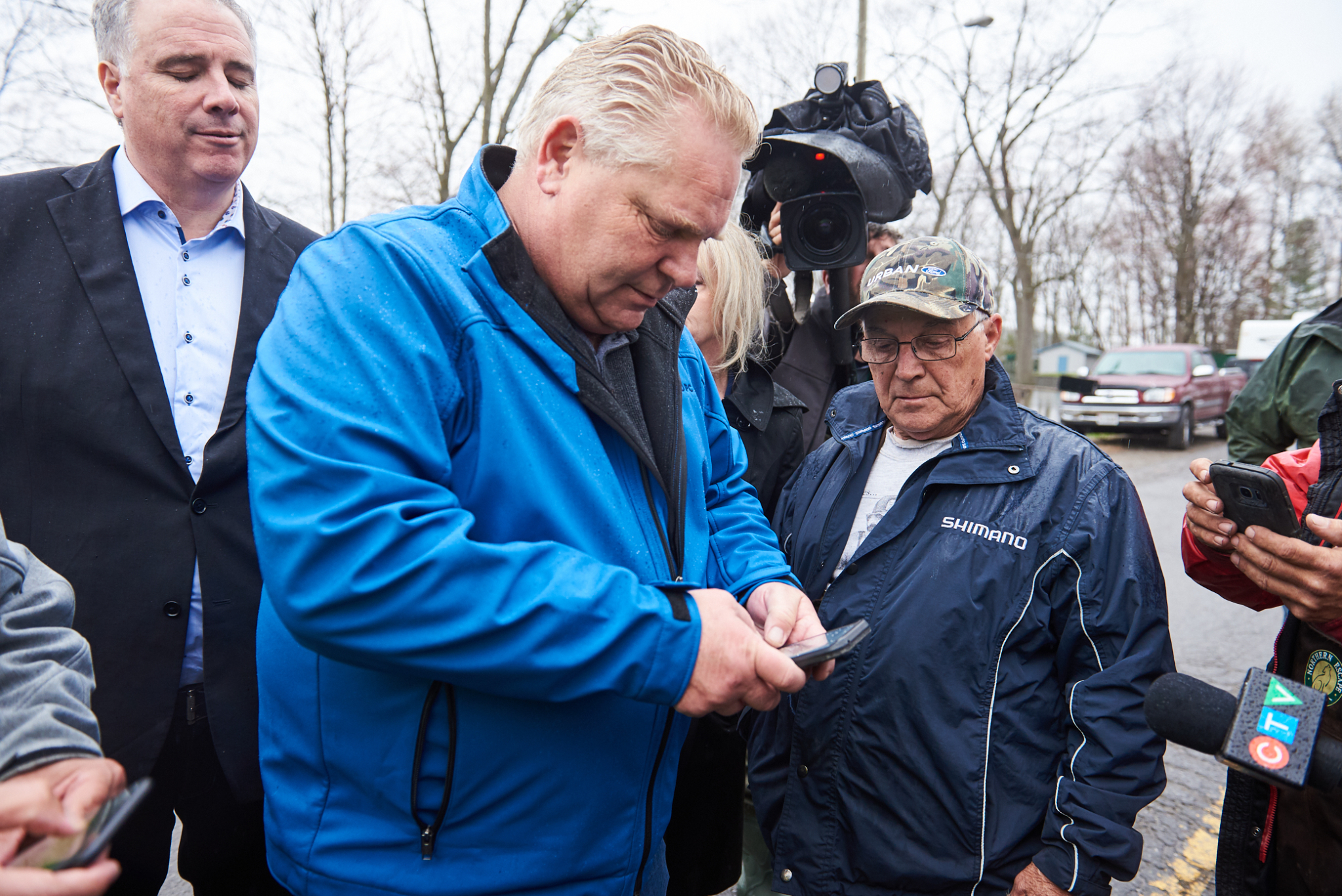 Ontario Premier Doug Ford puts his phone number into a man's cellphone during a visit to a partially flooded area of Constance Bay, northwest of Ottawa, on April 26, 2019. Photo by Kamara Morozuk
Previous story
Next story

Anyone who had an issue with Ontario Premier Doug Ford used to be able to call him.

For years, he handed out his personal cellphone number at events, a practice dating back to his days as a Toronto city councillor.

But Ford has now disconnected that number, overwhelmed by a flood of automated calls from special-interest groups, the premier's office said Wednesday.

Spokeswoman Ivana Yelich didn't specify which special-interest groups had been calling the premier — when the number is Googled, dozens of social media postings pop up — but she said one man in particular called over and over to ask Ford to subscribe to his YouTube channel.

"He had to turn off his phone at night," Yelich said. "It became unbearable."

Ford and his late brother, former Toronto mayor Rob Ford, both gave out their numbers freely during their time at city hall. The premier in particular has touted his open phone line as a sign he's not "stuck in a bubble" or in an "ivory tower."

At an event in Washington, D.C., in February, Ford read out his number onstage.

He also put his cellphone number on a poster in 2015 for a stag party honouring his daughter's then-fiancé.

When National Observer called the phone number Wednesday, the line played an automated message saying it's not in service.

Ontarians used to be able to call @FordNation's cell phone directly. But the premier disconnected it after a flood of calls from special interest groups — and a persistent man who wanted Ford to subscribe to his YouTube channel. #onpoli

Though Ford expected calls from people who disagreed with him, the number was being "taken advantage of," Yelich said.

"He didn't want to give up his number, but it became unusable," she added.

Conversations with the premier through his cellphone number were widely shared on social media. One, now infamous exchange, for example, occurred in April when a man named Daniel Enright spoke to Ford around midnight about cuts to autism and education programs.

The two spoke about cuts to the 50 Million Tree program and legal aid, too. According to Enright, Ford said he hadn’t known about these changes until reading about them in the news.

1/ So it’s midnight and I just got off the phone with Doug Ford.
He gives out his cell number and after a friend of mine got laid off today, I thought I would shoot him a text. pic.twitter.com/kIqUgbOUwS

Yelich said Ontarians can still contact Ford through email and the phone number for the premier’s office while next steps are figured out.

"It's very important for the premier to be accessible," she added.

"Doug Ford's number out of

"Doug Ford's number out of service."

Lord, is it ever hard to resist playing with that one.

Turn about is fair play? I

Turn about is fair play? I think that used to be called being "hoist on your own petard" by the literate segment of our population.

Just imagine! Having the "special interest" 'bots unleashed on your least favourite politicians?

Seems like when the broadcasting of "fake news" etc. gets turned against the originators of the ploy - it makes them crazy... hooo boy!